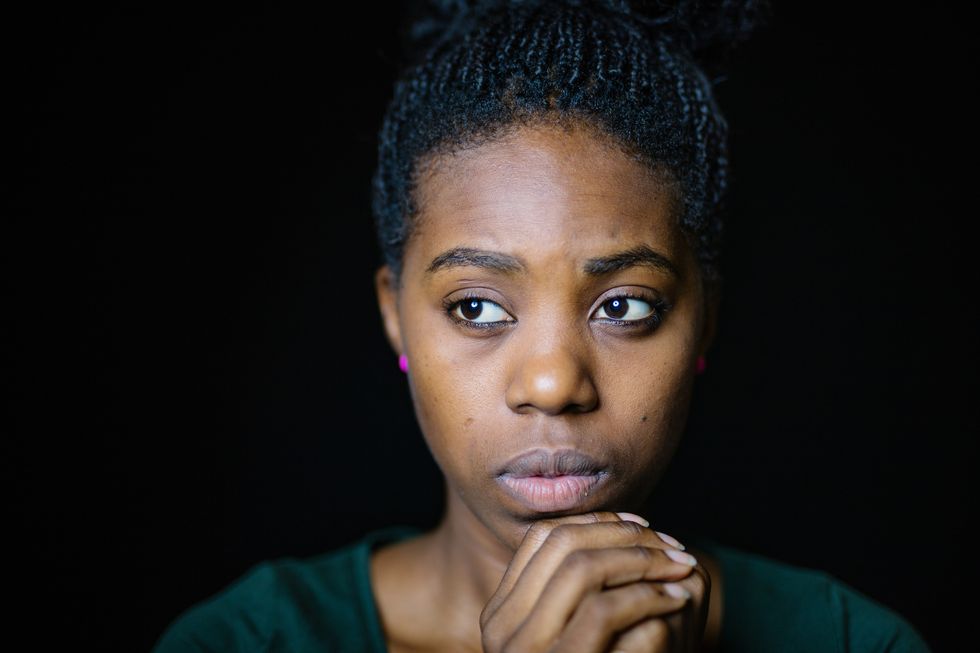 The crisis enveloping the hospitals had a ripple effect on mental health programs and facilities.

In late March, Marcell's girlfriend took him to the emergency room at Henry Ford Wyandotte Hospital, about 11 miles south of Detroit.

“I had [acute] paranoia and depression off the roof," said Marcell, 46, who asked to be identified only by his first name because he wanted to maintain confidentiality about some aspects of his illness.

Marcell's depression was so profound, he said, he didn't want to move and was considering suicide.

“Things were getting overwhelming and really rough. I wanted to end it," he said.

Marcell, diagnosed with schizoaffective disorder seven years ago, had been this route before but never during a pandemic. The Detroit area was a coronavirus hot spot, slamming hospitals, attracting concerns from federal public health officials and recording more than 1,000 deaths in Wayne County as of May 28. Michigan ranks fourth among states for deaths from COVID-19.

The crisis enveloping the hospitals had a ripple effect on mental health programs and facilities. The emergency room was trying to get non-COVID patients out as soon as possible because the risk of infection in the hospital was high, said Jaime White, director of clinical development and crisis services for Hegira Health, a nonprofit group offering mental health and substance abuse treatment programs. But the options were limited.

Still, the number of people waiting for beds at Detroit's crisis centers swelled. Twenty-three people in crisis had to instead be cared for in a hospital.

This situation was hardly unique. Although mental health services continued largely uninterrupted in areas with low levels of the coronavirus, behavioral health care workers in areas hit hard by COVID-19 were overburdened. Mobile crisis teams, residential programs and call centers, especially in pandemic hot spots, had to reduce or close services. Some programs were plagued by shortages of staff and protective supplies for workers.

“For people with preexisting mental health conditions, their routines and ability to access support is super important. Whenever additional barriers are placed on them, it could be challenging and can contribute to an increase in symptoms," said White.

After eight hours in the emergency room, Marcell was transferred to COPE, a community outreach program for psychiatric emergencies for Wayne County Medicaid patients.

“We try to get patients like him into the lowest care possible with the least restrictive environment," White said. “The quicker we could get him out, the better."

Marcell was stabilized at COPE over the next three days, but his behavioral health care team couldn't get him a bed in one of two local residential crisis centers operated by Hegira. Social distancing orders had reduced the beds from 20 to 14, so Marcell was discharged home with a series of scheduled services and assigned a service provider to check on him.

However, Marcell's symptoms ― suicidal thoughts, depression, anxiety, auditory hallucinations, poor impulse control and judgment ― persisted. He was not able to meet face-to-face with his scheduled psychiatrist due to the pandemic and lack of telehealth access. So, he returned to COPE three days later. This time, the staff was able to find him a bed immediately at a Hegira residential treatment program, Boulevard Crisis Residential in Detroit.

Residents typically stay for six to eight days. Once they are stabilized, they are referred elsewhere for more treatment, if needed.

Marcell ended up staying for more than 30 days. “He got caught in the pandemic here along with a few other people," said Sherron Powers, program manager. “It was a huge problem. There was nowhere for him to go."

Marcell couldn't live with his girlfriend anymore. Homeless shelters were closed and substance abuse programs had no available beds.

“The big problem here is that all crisis services are connected to each other. If any part of that system is disrupted you can't divert a patient properly," said Travis Atkinson, a behavioral consultant with TBD Solutions, which collaborated on a survey of providers with the American Association of Suicidology, the Crisis Residential Association and the National Association of Crisis Organization Directors.

White said the crisis took a big toll on her operations. She stopped her mobile crisis team on March 14 because, she said, “we wanted to make sure that we were keeping our staff safe and our community safe."

Her staff assessed hospital patients, including Marcell, by telephone with the help of a social worker from the emergency room.

People like Marcell have struggled during the coronavirus crisis and continue to face hurdles because emergency preparedness measures didn't provide enough training, funds or thought about the acute mental health issues that could develop during a pandemic and its aftermath, said experts.

“The system isn't set up to accommodate that kind of demand," said Dr. Brian Hepburn, a psychiatrist and executive director of the National Association of State Mental Health Program Directors.

“In Detroit and other hard-hit states, if you didn't have enough protective equipment you can't expect people to take a risk. People going to work can't be thinking 'I'm going to die,'" said Hepburn.

For Marcell, “it was bad timing to have a mental health crisis," said White, the director at Hegira.

At one time Marcell, an African American man with a huge grin and a carefully trimmed goatee and mustache, had a family and a “pretty good job," Marcell said. Then “it got rough." He made some bad decisions and choices. He lost his job and got divorced. Then he began self-medicating with cocaine, marijuana and alcohol.

By the time he reached the residential center in Detroit on April 1, he was at a low point. “Schizoaffective disorder comes out more when you're kicked out of the house and it increases depression," said Powers, the program manager who along with White was authorized by Marcell to talk about his care. Marcell didn't always take his medications and his use of illicit drugs magnified his hallucinations, she said.

While in the crisis center voluntarily, Marcell restarted his prescription medications and went to group and individual therapy. “It is a really good program," he said while at the center in early May. “It's been one of the best 30 days."

Hepburn said the best mental health programs are flexible, which allows them more opportunities to respond to problems such as the pandemic. Not all programs would have been able to authorize such a long stay in residential care.

Marcell was finally discharged on May 8 to a substance abuse addiction program. “I felt good about having him do better and better. He had improved self-esteem to get the help he needed to get back to his regular life," Powers said.

But Marcell left the addiction program after only four days.

“The [recovery] process is so individualized and, oftentimes, we only see them at one point in their journey. But, recovering from mental health and substance use disorders is possible. It can just be a winding and difficult path for some," said White.

If you or someone you know is in immediate danger, call 911. Below are other resources for those needing help: