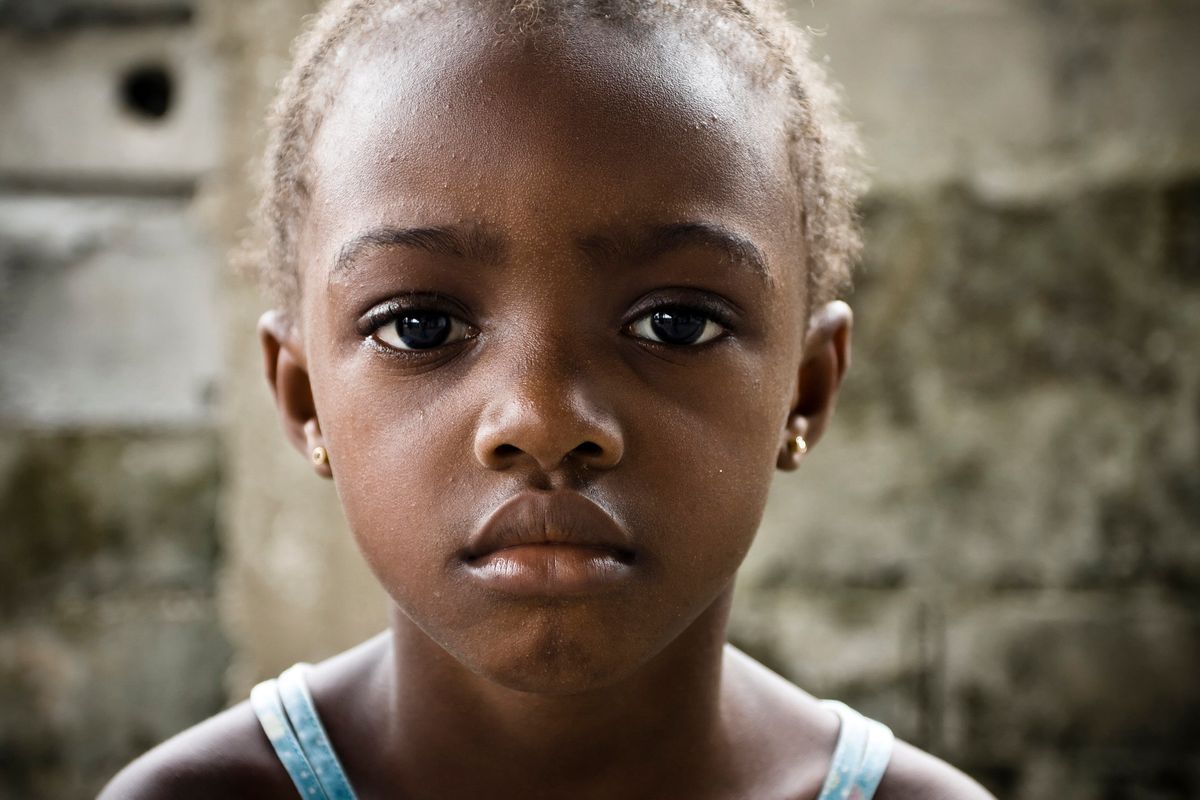 For low-income minorities, who live disproportionately in food deserts, fresh and allergy-friendly foods can be especially expensive and difficult to find

As Emily Brown stood in a food pantry looking at her options, she felt alone. Up to that point, she had never struggled financially. But there she was, desperate to find safe food for her young daughter with food allergies. What she found was a jar of salsa and some potatoes.

“That was all that was available," said Brown, who lives in Kansas City, Kansas. “It was just a desperate place."

When she became a parent, Brown left her job for lack of child care that would accommodate her daughter's allergies to peanuts, tree nuts, milk, eggs, wheat and soy. When she and her husband then turned to a federal food assistance program, they found few allowable allergy substitutions. The closest allergy support group she could find was an hour away. She was almost always the only Black parent, and the only poor parent, there.

Brown called national food allergy advocacy organizations to ask for guidance to help poor families find safe food and medical resources, but she said she was told that wasn't their focus. Support groups, fundraising activities and advocacy efforts, plus clinical and research outreach, were targeted at wealthier — and white — families. Advertising rarely reflected families that looked like hers. She felt unseen.

“In many ways, food allergy is an invisible disease. The burden of the disease, the activities and energy it takes to avoid allergens, are mostly invisible to those not impacted," Brown said. “Black and other minority patients often lack voice and visibility in the health care system. Add the additional burden of an invisible condition and you are in a really vulnerable position."

An estimated 6 million children in the United States have food allergies, 40% of them with more than one. Though limited research has been done on race and class breakdowns, recent studies show that poor children and some groups of minority children not only have a higher incidence of food allergies than white kids, but their families also have more difficulty accessing appropriate child care, safe food, medical care and lifesaving medicine like epinephrine for them.

And finding allergen-free food to keep allergic kids safe can be costly — in both time and money.

“Many times, a mother is frank and says, 'I have $20 to $40 to buy groceries for the week, and if I buy these foods that you are telling me to buy, I will not be able to feed my entire family,'" said Dr. Carla Davis, director of the food allergy program at Houston's Texas Children's Hospital.

“If you are diagnosed with a food allergy and you don't have disposable income or disposable time, there is really no way that you will be able to alter your diet in a way that your child is going to stay away from their allergen."

Fed up with the lack of support, Brown founded the Food Equality Initiative advocacy organization in 2014. It offers an online marketplace to income-eligible families in Kansas and Missouri who, with a doctor's note about the allergy, can order free allergy-safe food to fit their needs.

Nationwide, though, families' needs far outstrip what her group can offer — and the problem has gotten worse amid the economic squeeze of the COVID pandemic. Job losses and business closures have exacerbated the barriers to finding and affording nutritious food, according to a report from Feeding America, an association of food banks.

Brown said her organization more than doubled its clientele in March through August, compared with the same period in 2019. And though it currently serves only Missouri and Kansas, she said the organization has been fielding an increasing number of calls from across the country since the pandemic began.

For low-income minorities, who live disproportionately in food deserts, fresh and allergy-friendly foods can be especially expensive and difficult to find in the best of times.

Some programs allow few allergy substitutions. For example, the federal Special Supplemental Nutrition Program for Women, Infants and Children allows only canned beans as a substitute for peanut butter. While nutritionally similar, beans are not as easy to pack for a kid's lunch. Brown questions why WIC won't allow a seed butter, such as sunflower butter, instead. She said they are nutritionally and functionally similar and are offered as allergy substitutions in other food programs.

Making matters worse, low-income households pay more than twice as much as higher-income families for the emergency medical care their children receive for their allergies, according to a 2016 study by Gupta. The kids often arrive at the hospital in more distress because they lack safe food and allergy medications — and because asthma, which disproportionately hits Black and Puerto Rican children and low-income communities, complicates allergic reactions.

“So, in these vulnerable populations, it's like a double whammy, and we see that reflected in the data," said Dr. Lakiea Wright-Bello, a medical director in specialty diagnostics at Thermo Fisher Scientific and an allergist at Brigham and Women's Hospital in Boston.

Thomas and Dina Silvera, who are Black and Latinx, lived this horror firsthand. After their 3-year-old son, Elijah-Alavi, died as a result of a dairy allergy when fed a grilled cheese instead of his allergen-free food at his preschool, they launched the Elijah-Alavi Foundation to address the dearth of information about food allergies and the critical lack of culturally sensitive medical care in low-income communities.

“We started it for a cause, not because we wanted to, but because we had to," said Thomas Silvera. “Our main focus is to bring to underserved communities — especially communities of color — this information at no cost to them."

Recently, other advocacy groups, including Food Allergy Research & Education, a national advocacy organization, also have started to turn their attention to a lack of access and support in poor and minority communities. When Lisa Gable, who is white, took over at the group known as FARE in 2018, she began to diversify the organization internally and to make it more inclusive.

“There wasn't a big tent when I walked in the door," said Gable. “What we have been focused on doing is trying to find partners and relationships that will allow us to diversify those engaged in the community, because it has not been a diverse community."

FARE has funded research into the cost of food allergies. It is also expanding its patient registry, which collects data for research, as well as its clinical network of medical institutions to include more diverse communities.

Gupta is now leading one of the first studies funded by the National Institutes of Health to investigate food allergy in children by race and ethnicity. It looks at all aspects of food allergies, including family life, management, access to care and genetics.

“That's a big deal," said Gupta. “Because if we really want to improve food allergy management, care and understanding, we really need to understand how it impacts different groups. And that hasn't been done."

What You Need to Know About Adult Vaccines and Boosters