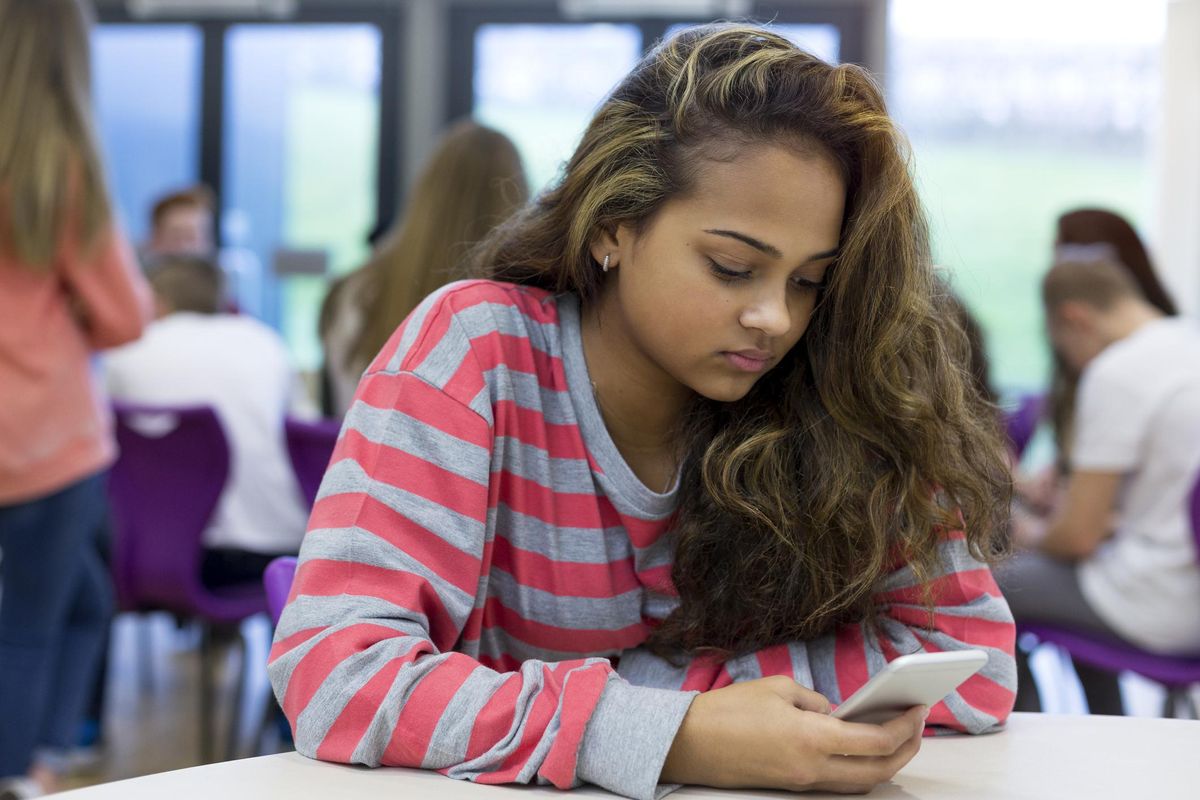 Thanks to new legislation, college students who are enrolled at least half-time may be eligible for food assistance

It's harder to learn when you are suffering from hunger or searching for your next meal.

But while around 30 million K-12 students in public schools are eligible for free or reduced lunch, it is a different matter when they leave. Many of those who graduate from high school and enroll in higher education institutions find they no longer have access to federal food programs.

The nation's leading anti-hunger program for adults, the Supplemental Nutrition Assistance Program, or SNAP, provides food assistance to almost 44 million Americans. Only an estimated 18% of college students have been eligible for the program in recent years, with a low 3% actually receiving food assistance.

This may be changing. Congress recently passed legislation that included relief for the estimated one in three students who struggle with food insecurity. Under the Consolidated Appropriations Act of 2021, college students who are enrolled at least half-time, many of whom were previously ineligible due to historical guidelines, may now be able to access SNAP.

To us as scholars who study food insecurity on campus, this is welcome news – our research suggests opening up SNAP would help students. But there are concerns that the current expansion may last only a few months and that any lasting change may suffer from a lack of awareness among students over their eligibility.

One look at the Food and Nutrition Service web page on student SNAP enrollment suggests the change to allow students to receive benefits may be short-lived. The word “temporary" is printed in bold over the updated guidelines for student eligibility. It is also noted that student exemptions may be in effect only until 30 days after the COVID-19 public health emergency has ended.

So while the measure will give immediate relief to an estimated 3 million college students newly eligible for SNAP benefits, there is no guarantee that this will be permanent. Other proposed legislation to address college food insecurity on a more lasting basis, including 12 bills introduced in the last legislative session alone, include a more permanent expansion of SNAP eligibility. But to date, none has been enacted.

If the temporary expansion of SNAP is allowed to drop with no legislation in place to replace it, then the more than 30% of college students who struggle with food insecurity will continue to face the challenge of balancing academic life with providing basic needs. Research shows food-insecure students struggle to maintain their mental and physical well-being and ultimately pay the price with lower academic success.

While progress has been slow on a federal level, individual states have had more success. To date, 13 states have introduced college food insecurity-related bills, with seven of those states enacting policies.

California's hunger-free campuses bill, enacted in 2017, awards funding to campuses that meet the “hunger-free" designation, which requires colleges to employ an individual to help students apply for SNAP and other food resources; have a food pantry or food distribution on campus; and implement a meal-share program that allows students to donate unused meal plan swipes to other students in need.

Both Minnesota and New Jersey have passed similar legislation.

And in 2019, both Hawaii and Illinois amended SNAP eligibility to include students in career and technical programs.

These programs could, we believe, serve as models for states that have yet to move forward with college food insecurity policies.

But even with the – at least temporary – federal expansion of the SNAP program to campuses, there is a second problem: Among students, there appears to be low awareness of the program.

A 2018 report by the Government Accountability Office estimated that of the 3 million college students who were eligible for SNAP benefits under the old rules, only 43% were enrolled in the program.

As such, any permanent expansion of SNAP benefits to students would benefit from a campus outreach program to better inform students of what they are entitled to.

Interviews we conducted with 23 college students in North Carolina and West Virginia for a yet to be published paper indicate that understanding of federal nutrition assistance programs may be limited. Most students interviewed said they “don't know much" about SNAP, while others stated they haven't heard of it at all.

For students who were familiar with SNAP, responses on the benefits of the program and eligibility for the program varied widely, indicating a need for campus-based education.

Some campuses have sought to hold SNAP awareness events to engage the campus community in understanding SNAP and help eligible students enroll for benefits. Events like these may prove increasingly vital during this period of expanded eligibility to ensure students in need of food assistance can navigate the often complicated enrollment process.

Even when support is available, there is a stigma around receiving benefits. There is a perception held by some that those who enroll in federally assisted programs are lazy.

Some of the college students we spoke to were conscious of the prejudices against people on federal assistance programs. “TV shows make these [federal] programs seem like a bad thing," one student told us. Another spoke of “feeling self-conscious if I had to use [SNAP benefits] because of what other people's reactions would be."

It has led to hesitancy among some to come forward for federal benefits. As one student shared, “I would rather use community-based resources [such as food pantries, soup kitchens] because there is a more positive connotation."

Institutions of higher education have an important role to play in addressing food insecurity for students. And nonprofits have partnered with institutions to tackle the problem. The College and University Food Bank Alliance, for example, has a network of over 700 campus food pantries.

But permanently expanding a federal SNAP program to students and making them aware of their eligibility has the potential to be transformative for those struggling to learn while not knowing where their next meal is coming from.

In 1946, the National School Lunch Program was launched recognizing that children must be nourished to learn. Seventy-five years later, we believe the U.S. must address food insecurity among college students to ensure educational achievement for all.

[You're smart and curious about the world. So are The Conversation's authors and editors. You can get our highlights each weekend.]