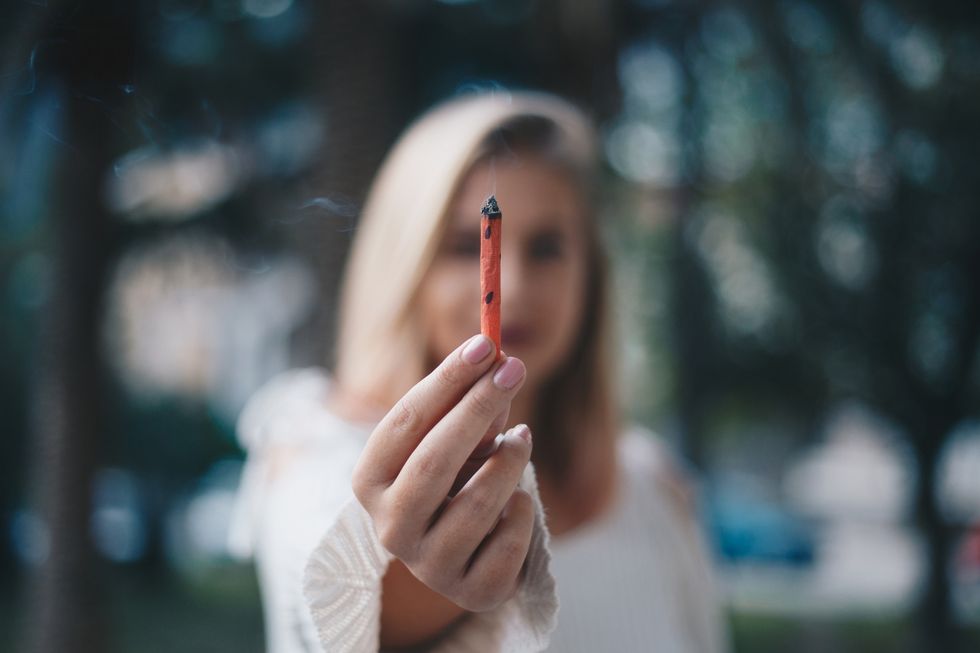 READ About CBD for Pain Management

The findings follow an analysis of data collected by a Canadian phone app that gathered feedback offered by 1,300 headache sufferers and nearly 700 migraine sufferers who used marijuana to treat their head pain.

"We found that self-reported headache and migraine severity were reduced by nearly 50% from before to after cannabis use," said study author Carrie Cuttler. She is an assistant professor in the department of psychology at Washington State University in Pullman, Wash.

But a lot of unanswered questions remain. For one, it's not clear if pot was any better at cutting down headache pain than conventional medicine. "We didn't directly compare cannabis to conventional treatments," said Cuttler, "so we don't know if it is more or less effective."

Also, the jury remains out as to what particular compound might be causing the reductions. The team found that when it came to head pain control, it didn't matter how much tetrahydrocannabinol (THC) or cannabidiol (CBD) was in a particular batch of pot. THC and CBD are the most commonly studied ingredients in marijuana, Cuttler's team noted.

"[So] it could be one of the other 100-plus phytocannabinoids in the cannabis plant," she said, adding that "there is simply not enough research on these other constituents to know right now."

At the same time, "I have always wondered whether cannabis simply reduces the emotional distress surrounding and exacerbating the pain, which makes the pain more bearable/tolerable," Cuttler said. "In other words, perhaps cannabis makes people care less about the pain?" But again, the study did not address this possibility.

"We did, however, find that cannabis was not associated with medication overuse headache," she noted, "which is a common pitfall of more conventional treatments." Such headaches can afflict patients who tend to use the same medication again and again to treat their headaches.

And the team also observed that when it comes to using pot to treat headaches, more did not seem to mean more. "We didn't find any evidence that higher doses were more, or less, effective than lower doses," said Cuttler, "which might suggest that micro-dosing could be sufficient for some people."

Still, while she described medicinal pot use as "fairly well-tolerated," Cuttler said her team found that, over time, patients reported using more and more pot while getting less of a headache-control benefit.

And these were patients who were more primed to hail the pain-reducing virtues of pot to begin with, given that they had proactively sought out marijuana treatment towards that end. (The study did not include a comparison group of non-pot users.)

Nevertheless, Paul Armentano, deputy director of the National Organization for the Reform of Marijuana Laws (NORML), suggested that the findings are not particularly surprising.

"The findings of this study are consistent with several previous studies, as well as with the historical literature," he said, "as cannabis possesses a long history of human use in migraine treatment."

On that score, Armentano highlighted two seminal studies: one out of the University of Colorado and a second from Florence, Italy. Both concluded that marijuana use was an effective intervention for providing migraine relief.

As to what it is about marijuana that helps to tamp down headaches, Armentano suggested that cannabinoids "possess well-established analgesic and anti-inflammatory properties. Cannabis also possesses anti-epileptic properties, and they can also influence blood pressure, all of which may play a role in influencing migraine severity or frequency."

But he agreed with Cuttler that pinpointing the exact mechanism by which pot appears to help headache pain remains difficult, "since the mechanisms involving migraine and migraine treatment are not well understood at this time."

"These findings provide further evidence that cannabis may provide an effective, fast-acting, well-tolerated option for some patients," Armentano said.

Cuttler and her team published their findings online recently in the Journal of Pain.

Don't Lose Hope in Your Battle With Migraine