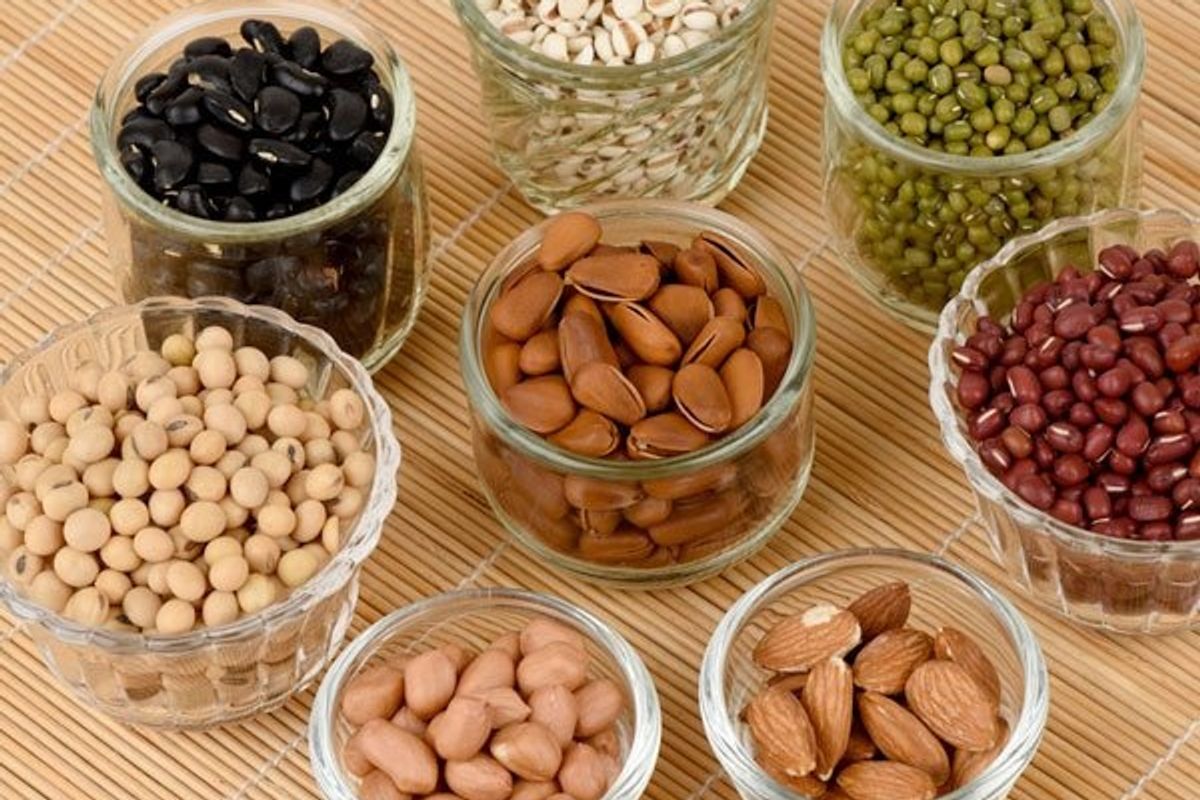 How smart eating can help fertility and pregnancy.

When most of us think of fertility treatment, we imagine sophisticated diagnostic testing, powerful medications, and high-tech procedures. Choosing certain foods and drinks as a way to influence your ability to become pregnant sounds more like folktale wisdom than medical advice.

COULD YOU BE PREGNANT? 4 Weeks Pregnant Symptoms

No wonder, then, that in a society blessed with many medical advances, we sometimes overlook the natural tools we have to help us with our fertility and pregnancy experiences. While your diet can influence your overall health, if you make dietary changes and still having difficulty conceiving, consider these top causes of infertility in women.

Yet, science now is coming full circle to take another look at the role nutrition may play in improving fertility and supporting healthy pregnancies. While many women don't start getting serious about eating healthfully until after they've become pregnant, there's increasing evidence that diet matters long before conception.

FIND YOUR MOST FERTILE DAYS: How to Use a Fertility Calculator

Unhealthy food intake—whether too much or too little—has been recognized as a contributing factor to infertility for many years.

Too little or too much weight can make your reproductive cycle irregular. That causes you to ovulate only now and then, or not at all.

"Your ovaries and your fat cells regulate estrogen, which affects ovulation. If you're too thin, you may not be producing enough estrogen, and if you're overweight or obese, you may be producing too much," says Maria Biasucci-Vianna, MS, RD, CDN, a New Rochelle, NY, dietitian who has counseled women with infertility problems in her private practice.

The first order of business, Biasucci-Vianna says, is to achieve and maintain a healthy weight to keep your reproductive cycle in balance. She advises the women she sees to check their BMI (body mass index) score. A BMI ranking of 19-24 indicates a healthy weight (athletes may have higher scores due to muscle mass). Anything below or above that range should be discussed with your health care provider.

If weight isn't a problem, but you're experiencing infertility, will changing your dietary habits help you eat your way to motherhood?

Recently, researchers from the Harvard School of Public Health published findings from a study of more than 18,000 women who were followed over eight years to see if their diets influenced their ability to become pregnant.

The study found that women who ate foods containing higher amounts of trans fats, animal proteins and carbohydrates, among other dietary factors, were more likely to have an ovulatory disorder. Ovulation problems cause infertility in about 20 percent of women seeking help in becoming pregnant. The researchers concluded that a majority of such cases "may be preventable" by adjusting diet and lifestyle.

Those findings apply only to women with ovulation problems and not to all infertile women. Yet, key study findings could give many women new avenues to explore, including:

Let's face it: Everyone knows women whose food choices are awful, but who have no problem getting pregnant. Likewise, there are plenty of women eating healthy meals consistently, yet struggling with infertility.

"It's not clear how what we eat can determine how easily we will get pregnant," says Melinda Johnson, MS, RD, spokesperson for the American Dietetic Association and a dietitian with a private practice in Chandler, AZ. Despite that, Johnson adds, "It makes sense to eat a healthy diet while you are trying to get pregnant. It may increase your odds of getting pregnant, but, beyond that, it nourishes your body so that it is at its healthiest the moment that you do get pregnant."

If you're trying to become a mom, Johnson advises focusing on the following foods to help your body function at its peak right now. That will improve your fertility environment as well as create the best nutritional foundation for fetal growth and development:

How to Get Ready for Menopause

Prepare yourself for this stage of life by developing good habits around diet, exercise and sleep