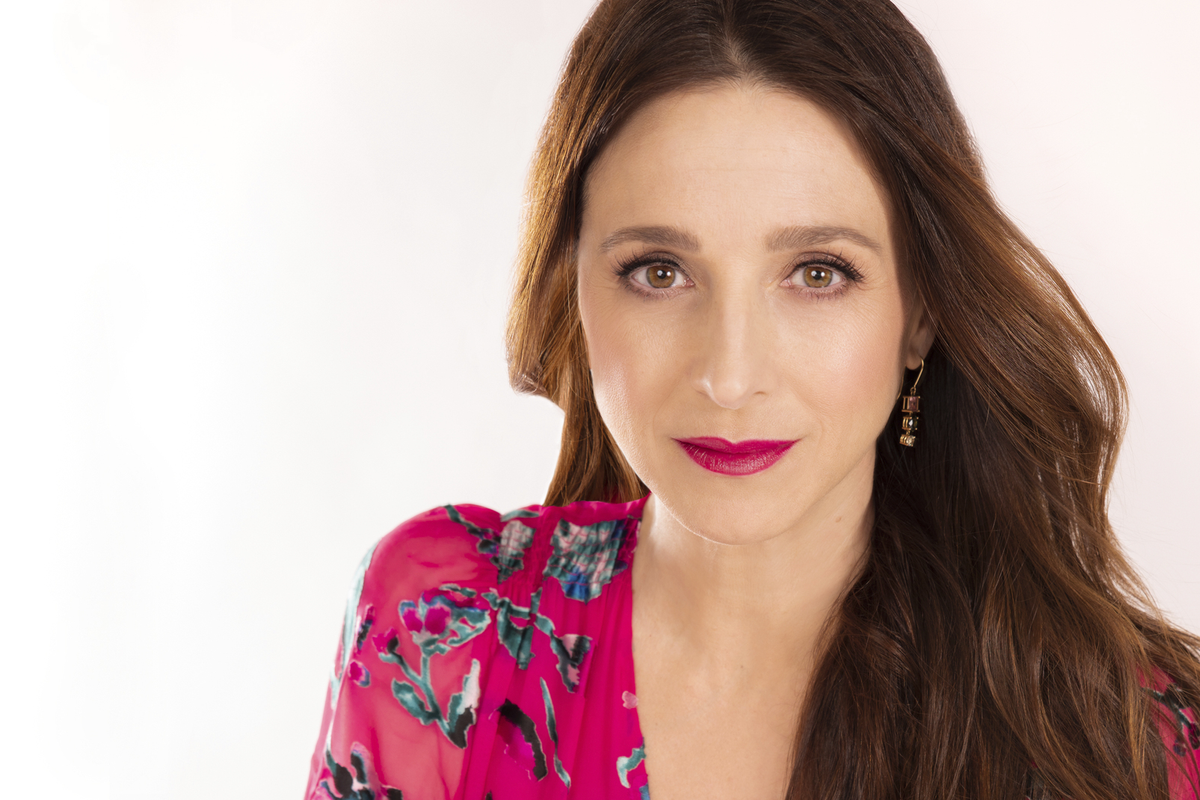 In a World of Pain

When Marin Hinkle tells you about her work, family and friends, you can hear the excitement and love in her voice. But behind that serene smile you see on television, in her roles on shows such as "The Marvelous Mrs. Maisel" and "Two and a Half Men," is a woman who struggles daily with agonizing chronic pain.

"My pain originated in my pelvis, and it's around my pelvic girdle on the left side of my body," explains Hinkle. The pain began in 2015 and took a long time for doctors to identify. "It's one of the most difficult areas to diagnose, and it's one of the most painful areas a human can experience pain."

Hinkle had a history of kidney stones, so when the pain began, that's what she thought it was. Because she was shooting a television pilot, she tried her best to ignore it. That didn't last.

"I was in excruciating pain, and I didn't understand why it was lasting so long," she recalls.

When the pain just wouldn't stop, Hinkle ended up in a pain program at Cedars-Sinai Hospital. Doctors initially tried to break her pain cycle by giving her an epidural injection, which numbed her pain for six hours. For some patients, that's enough. Unfortunately, it wasn't for her.

"After it wore off, the pain came racing back," Hinkle says.

Hinkle was temporarily prescribed opioids to help her get through work. But she didn't like how they made her feel — sleepy and drugged. When the pilot project finished, she stopped taking them.

"I began a journey that took about two years. [I had] to figure out how I was going to live with this kind of pain," says Hinkle.

For four months after the pain returned, she was bedridden and for a year and a half after that, she didn't work. "I didn't even want to get into cars to go places because every time I sat, I had pain in my pelvis."

Hinkle saw specialist after specialist, and each one seemed to think her pain was caused by something different.

"I had seven different diagnoses," says Hinkle. One of those was interstitial cystitis, which resulted in her trying everything from changing her diet to having her bladder numbed. Nothing worked.

Searching for an answer

"I was my own advocate," Hinkle says. "I basically had to crusade to figure out what was wrong. I would often meet with doctors who weren't sensitive, and some thought I was being overly emotional because I'm an actor. One neurologist actually said to me, 'You're too smart for all this.' I started to think I had become crazy. I remember weeping in doctors' offices."

Six months later, having seen doctor after doctor and undergone test after test, Hinkle found a female physician who took her seriously. "She was kind and thoughtful. She started writing letters to get me seen at the Mayo Clinic in Minnesota for a week and then in the chronic pain program at Cleveland Clinic for a month," says Hinkle.

At the Cleveland Clinic, during a pelvic pain workup, Hinkle was given a diagnosis of pudendal neuralgia, which occurs when a major nerve is damaged in the lower body and can cause everything from pain and discomfort to numbness in the genital region. Doctors aren't sure how she damaged the nerve; it could have been the result of a gynecological procedure where a nerve was pinched, along with her exercise of choice, which had been cycling.

Although she finally had a diagnosis, the pain remained. The pain program, however, taught her how to live with it. "They taught me that I can still do all the physical stuff I used to. I'm just going to be doing it in pain," says Hinkle.

A couple of months after she completed the pain program, Hinkle went on her first audition in a long time. She was cast as Dr. Miller in the sitcom " Speechless." "That reignited my career and allowed me to prove to myself that I could work with the pain," Hinkle says. In fact, she based the optimistic character in the sitcom on a woman who is in pain and has decided she won't let it get to her.

Hinkle's next audition was for the role of Rose Weissman in "The Marvelous Mrs. Maisel." Landing that part changed her life; in 2019 it earned her her first Emmy Award nomination for outstanding supporting actress in a comedy series.

"Through this, I was able to show that I'm back working. At the end of the day, when the work is finished, the pain surges again. So that's not to say I don't feel it when I'm working, but the work is so much more than the pain."

During her search for the source of her pain, Hinkle says that the intimacy in all her relationships — with her husband, son, mom, and her friends — was altered and stressed. Nevertheless, they all supported her. "I thank God that I had love in my family because the isolation of pain is so difficult. I see why people crumble. You feel like you're in a nightmare, and no one understands," she says.

Friends helped her too. A women's group she belongs to called The Hyphenates — they're all actors who are also writers, directors, teachers and the like — sent her books, tea, cups, handmade bookmarks in beautiful fabric and letters in which they expressed their compassion and love for her. "That buoyed me and kept me going," she says.

At the time, her son was in middle school. Before the pain, Hinkle had been the fun mom who would clown around with her son and attend all of his school events. But when she was in so much pain, that stopped.

While writing an essay to get into a private high school, her son was asked, "What's the greatest challenge that you've faced?" His answer, Hinkle says, broke her heart: "When my mom wasn't able to do all the fun things that she used to."

Today, Hinkle says she's still in pain all the time. In the morning, it's less, but by nightfall, it fires up. She takes an anti-seizure medicine and a low-dose antidepressant to help with the pain. Although Hinkle can't exercise like she used to, as even yoga hurts, she finds gentle movement on an elliptical machine helps. "The only other thing I let myself do is walk, and I walk as much as possible," she says.

For other women with chronic pain or other chronic health problems, Hinkle suggests they look at what they loved doing before their issues began. "Let yourself indulge in them in a way that's even more enhanced … Rely on loved ones for support, take in the outdoors when you can, and take in the little details of life, like making a pie or taking a shower."

Hinkle says another thing that helped her was adopting a rescue dog, and she highly recommends having the gentle love of an animal.

During the 12 years she acted on "Two and a Half Men," Hinkle always performed in a play each year as well. But with her pain at night, she stopped. "My dream," she says, "is to get back on the stage."