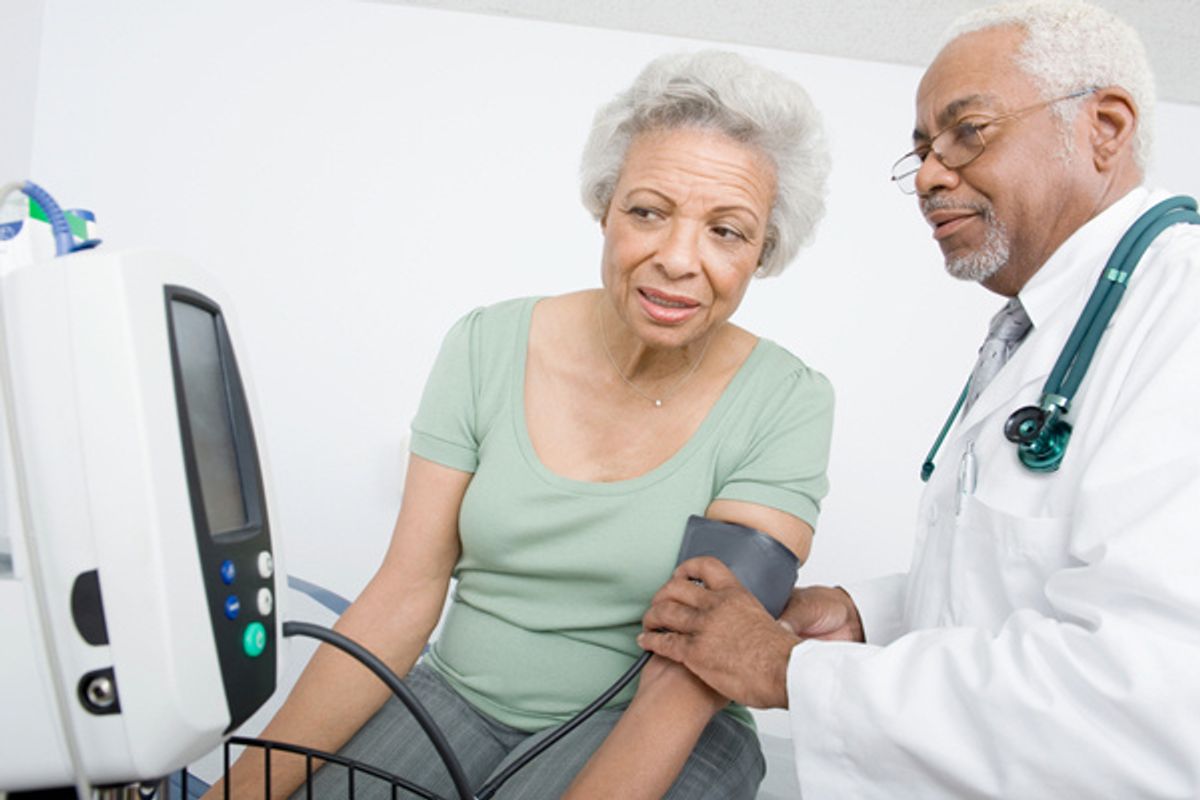 High blood pressure, particularly in middle age, might open the door to dementia, the American Heart Association warns in a new scientific statement.

Dementia affects some 30 million to 40 million people worldwide. That number is expected to triple by 2050, as the world's population ages and treatments remain elusive, the association noted.

"People with high blood pressure tend to have more dementia," said statement author Dr. Costantino Iadecola. He is a professor of neurology and neuroscience at Weill Cornell Medical College in New York City.

Whether controlling high blood pressure ("hypertension") reduces the odds of developing dementia, however, has not been scientifically proven, he said.

"There are a lot of small observational studies that looked at people who were treated for blood pressure and, generally, there was an improvement in cognition [thinking skills]," Iadecola said.

"However, what we really need is a trial that specifically addresses the link between hypertension and cognition. What we need is a big trial to really narrow this down," he suggested.

"Although scientifically we don't have evidence, treating blood pressure is going to be important. It not only saves the brain, but also the heart and the kidney. So in the absence of evidence, the best thing to do is to control blood pressure," Iadecola suggested.

The AHA statement was published online Oct. 10 in the journal Hypertension.

Most of the trials that the committee reviewed did not deal directly with the effects of high blood pressure on dementia, so it was impossible to come up with clear recommendations for doctors on how to treat patients with the condition, Iadecola said.

One of the problems is that years may elapse between the time high blood pressure is diagnosed and dementia starts. Long-term studies addressing questions—such as when to start treatment to protect the brain, the ideal blood pressure to achieve, and which medications can help—are badly needed, he said.

The SPRINT-MIND trial, a study designed to evaluate treating high blood pressure to stall dementia, may give the answers to some of these questions, Iadecola said. Results of that trial are expected to be available next year, the authors of the report noted.

Until then, Iadecola recommends treating high blood pressure on a patient-by-patient basis to protect brain, heart and kidneys.

According to Dr. Sam Gandy, director of the Center for Cognitive Health at Mount Sinai Hospital in New York City, controlling blood pressure during midlife probably reduces risk for dementia in late life. "My instinct is to say that this is certainly true, but there is a qualification," he added.

"If hypertension is allowed to smolder along untreated through midlife, then initiating blood pressure control in late life may not show benefit, or may even be harmful," Gandy said.

It's becoming clear that dementia begins in midlife, and by the time the symptoms emerge, the patient is 70 or 80 or more, "and the horse is out of the barn, so closing the door at that point is just way, way too late," he explained.

"My guess is that we eventually will begin amyloid brain scans around age 50 and repeat them every two to five years," Gandy said.

"We are working hard on dementia, but we haven't made a meaningful dent. And that will probably hold until we realize that, at 65, it may be too late to have any impact on the dementia outcome. We might eventually have to begin interventions as early as age 45," he suggested.