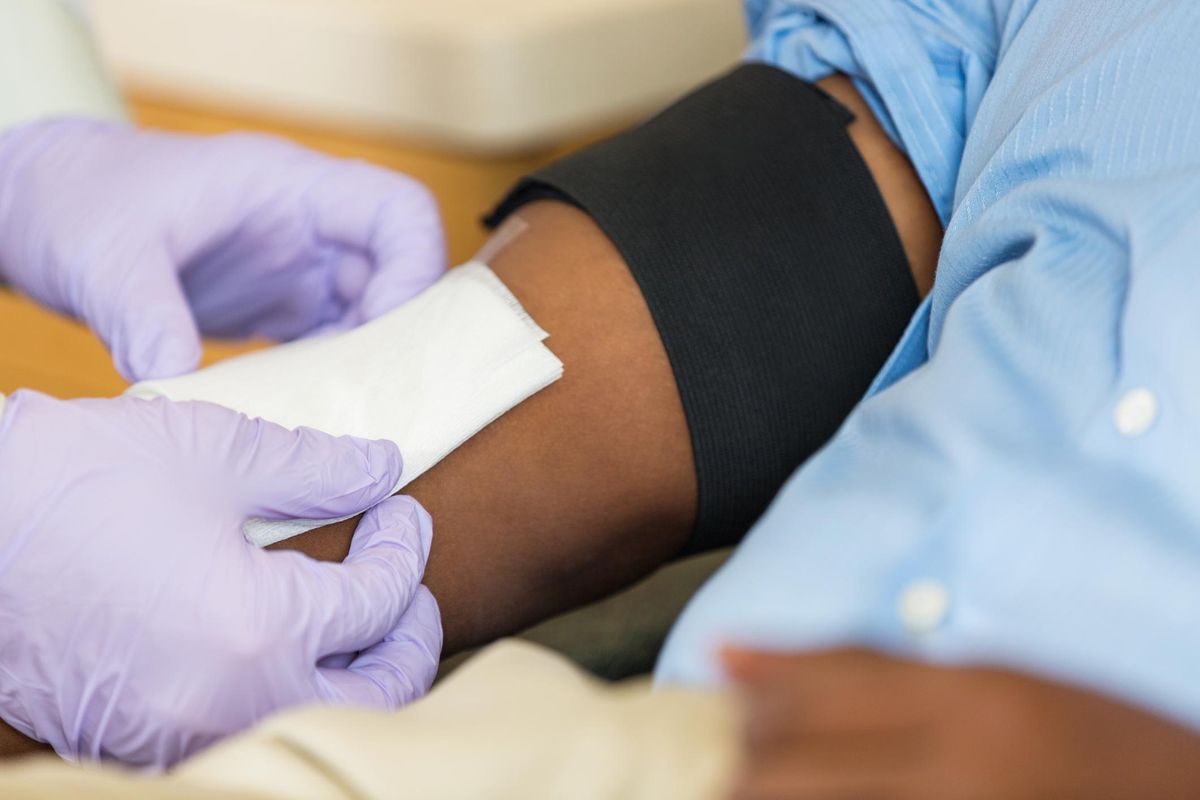 After her young daughter was diagnosed with and beat acute myeloid leukemia, Amanda Kaczur decided to give back by donating blood and platelets (the cells within our blood) after she saw firsthand how important it is.

"My goal was to match the number of units of blood that my daughter needed while she was battling cancer — she was transfused with over 30 units of blood and platelets," Kaczur told HealthyWomen.

Following blood through the system

Kaczur used to donate blood every eight weeks in her Michigan community, and in the process she learned that the donated blood is sent to an American Red Cross center for processing, testing and storage. It's then available at a moment's notice when a healthcare center calls and requests it.

"After most donations, the blood is transported to a processing laboratory where it is processed and separated into different components, including platelets, plasma and red blood cells," wrote Rodney Wilson, spokesperson for the American Red Cross, in an email. He added that it typically takes five days for blood to go from donor to recipient.

Last year, a pint of blood Kaczur donated helped three people at healthcare facilities in Ohio, Indiana and Michigan. She was able to track her pint's process using an app on her phone.

"You will never know who gets your blood or platelets, and that doesn't matter," wrote Kaczur, who recently switched to donating platelets every two weeks. "What's important is that blood is available for anyone who needs it, because you never know, one day that person may be you or a loved one."

January is National Blood Donor Awareness Month. This year, it might be more important than ever before: Since the pandemic began, tens of thousands of blood drives have been canceled in the U.S., which Wilson said has resulted in "more than a million uncollected blood donations."

On Giving Tuesday last year, New York City Mayor Bill de Blasio implored New Yorkers to give blood, saying that the city's blood supply was down to just three days when it should be at seven.

It's not just New York: Blood donation shortages have persisted across the country during the pandemic.

"The need for blood remains constant as many types of medical treatments, such as emergency care, cancer treatment and more cannot be delayed," Wilson wrote.

Different parts of donated blood help people with different conditions. According to Vitalant, a nonprofit blood bank, blood donations are used during surgery, organ transplants and trauma cases. They also treat patients with anemia, blood clotting disorders, severe burns, and those undergoing treatment for cancer, among other conditions.

"Donated blood helps make modern medicine possible," Wilson wrote. "Without donated blood, many of the treatments, procedures and surgeries we have come to think of as commonplace would not be possible."

Blood donations are also vital to women who experience complications during childbirth. The United States has the worst rate of maternal deaths — out of every 100,000 live births in 2018, 17 mothers died — among its counterparts in the developed world, according to a 2020 study from the Commonwealth Fund.

"For women, donated blood can be a lifesaver when complications during childbirth arise," Wilson wrote.

Are you a universal donor?

People with Type O-negative blood are known as "universal donors" because their blood type is compatible with every other blood type. Only 7% of the population in the United States is O-negative.

"It's the blood type emergency room staff turn to first in trauma situations where there is no time to match a patient's blood type," Wilson wrote, adding that all blood type donations are needed.

There are stark racial differences among who donates blood.

"In the last year, nearly 15 percent of Red Cross blood donations came from individuals who self-identified as other than Caucasian," Wilson said.

While the races of the blood donor and recipient do not need to be the same, in some cases people who share the same race make for a better match when it comes to treatment.

This is true with sickle cell anemia, which predominantly impacts African Americans and is treated using blood transfusions. African American donors are a more precise match than donors of other races.

"Stigmas about blood donation prevalent in some communities may contribute to lower rates of blood donation, including fears of contracting HIV, concern over donor confidentiality and donor eligibility requirements," Wilson explained. "The Red Cross works with community leaders to help dispel misinformation and raise awareness on the need for blood donors of all ethnic backgrounds so that patients of all backgrounds can get the best blood matches possible."

Even knowing how dire the need for blood is, it can be terrifying to go out to donate blood during a time when people are being told to stay home. But the Red Cross has changed its procedures to ensure that donating blood during the COVID-19 pandemic is safe. Appointments to donate must be made in advance; donors are required to undergo temperature checks, practice social distancing and wear masks; and each area a donor touches is sanitized.

"Blood donation is considered essential and therefore must continue during the COVID-19 pandemic to ensure patients receive the medical care they need," Wilson said. "It's important to remember that blood is perishable and cannot be stockpiled."

There's also a need for convalescent plasma, which is blood from people who have recovered from COVID-19 and is used in convalescent plasma therapy to treat patients who are still battling the disease. In plasma therapy, people suffering from COVID-19 are given plasma transfusions from people who have recovered from the disease. The results of a clinical trial published last July showed the treatment can shorten hospital stays and lessen the need for intubation.

"As the number of COVID-19 cases continues to rise, so does the need for convalescent plasma," Wilson said.

Last year, Kaczur hosted a blood drive in honor of her daughter's fourth birthday to pay it forward.

"Without blood products, my daughter would not be here today," Kaczur said. "Donating blood is the greatest gift you can give to someone in need."