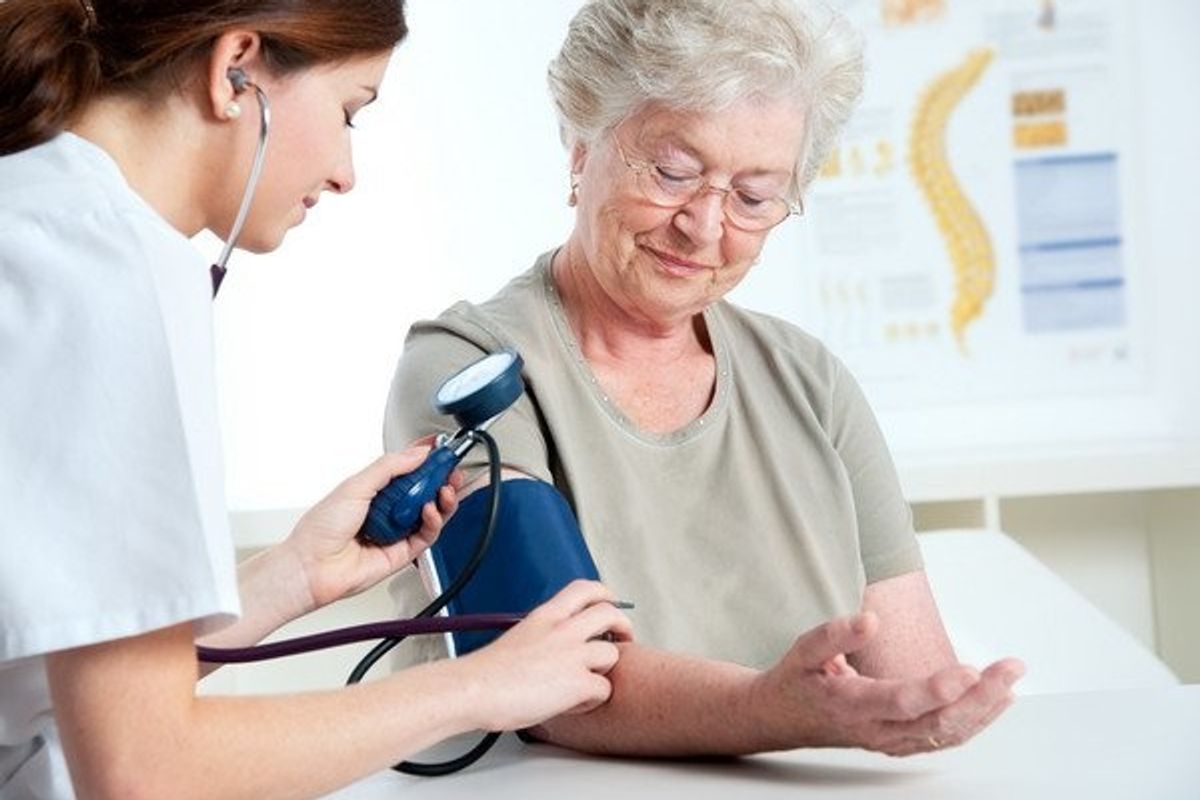 Aggressive Blood Pressure Treatment for Elderly Is Safe and Worth It

People who get their high blood pressure down to normal levels may substantially cut their risk of heart disease -- even if they're elderly or have already had heart problems, new research suggests.

SATURDAY, May 14, 2016 (HealthDay News) -- People who get their high blood pressure down to normal levels may substantially cut their risk of heart disease -- even if they're elderly or have already had heart problems, new research suggests.

Specifically, experts said, the benefits appear to extend to elderly and less-healthy patients.

That might sound obvious. But for years there has been "major controversy" over whether such intensive treatment is even safe for older people, explained Dr. Dalane Kitzman, a cardiologist at Wake Forest Baptist Medical Center, in Winston-Salem, N.C.

Kitzman is one of the researchers who will present the latest SPRINT findings Saturday at the annual meeting of the American Society of Hypertension (ASH), in New York City.

U.S. national guidelines suggest that patients younger than 60 get their systolic (top number) blood pressure down to 140 mm/Hg or lower. Older adults are advised to strive for 150 or lower.

The SPRINT trial tested that approach against a more aggressive one, aiming to get patients of all ages down to 120 or below -- which is considered "normal."

The trial, which began in 2009, was stopped early when it became clear that tighter control was better: Patients who went for lower numbers were one-quarter to one-third less likely to die or suffer a heart attack, heart failure or stroke.

The results that are to be reported at the ASH meeting go deeper, according to Dr. Robert Phillips, of Houston Methodist Hospital in Texas.

A big unanswered question has been whether different subgroups of patients fare well, he explained.

Phillips is secretary/treasurer for ASH and chaired the session on the SPRINT findings.

Some of the most important results focus on heart failure -- a chronic condition in which the heart muscle cannot pump efficiently enough to meet the body's needs. That leads to problems like chronic fatigue, breathlessness and fluid buildup.

Kitzman's team found that patients on tight blood pressure control were 38 percent less likely to be hospitalized for worsening heart failure. And even those at increased risk of heart failure benefited.

That included patients aged 75 and older, blacks, and people with kidney disease or a history of heart problems or stroke.

Doctors have long known that when older adults get their blood pressure below 150, their heart failure risk goes down, Kitzman said.

"Now we know that lowering it to normal levels reduces the risk even further," he said.

On average, patients on tighter blood pressure control used three medications, versus two in the group on standard care. That does raise the risk of side effects, such as dizziness and fainting.

Another study to be presented at the meeting focused on those potential downsides.

The researchers, from Wake Forest University and the University of Florida, found that patients on tighter blood pressure control faced a slightly higher risk of dizzy spells and fainting: Just over 3 percent had problems with dizziness, versus 2 percent of other patients. The findings were nearly identical when it came to fainting.

But among people older than 75, those on tighter blood pressure control were actually 21 percent less likely to fall and suffer an injury.

It's not clear why that was, according to Phillips. But it's possible that healthier blood vessel function protects many seniors from getting lightheaded and falling, he said.

That's an important finding, according to Phillips. For years, it was thought that blood pressure had to keep rising with age, so that the brain received enough blood flow, he explained.

"There's a long history of doctors being afraid to treat high blood pressure in the elderly," he said.

These latest results confirm that, in general, "lower is better," Phillips said.

Kitzman made the same point. Going into the SPRINT study, he said, the researchers themselves had "mixed feelings" about whether tight blood pressure control would be a good thing for all.

But, Phillips added, caution is still in order. If you're suffering dizzy spells on blood pressure medication, you should talk to your doctor about lowering the dose, he suggested.

Kitzman also noted that regardless of how many medications you're taking, lifestyle matters. He advised getting a balanced diet with limited salt and plenty of fruits and vegetables, being physically active, and maintaining a healthy weight.

Research has shown that older adults can make those kinds of lifestyle changes, too, Kitzman noted. "No matter how old you are," he said, "addressing high blood pressure is feasible and beneficial."

The SPRINT trial included over 9,300 patients aged 50 and up, recruited from nearly 100 clinics across the United States. It was funded by the U.S. National Institutes of Health.

Research presented at meetings should be viewed as preliminary until published in a peer-reviewed journal.