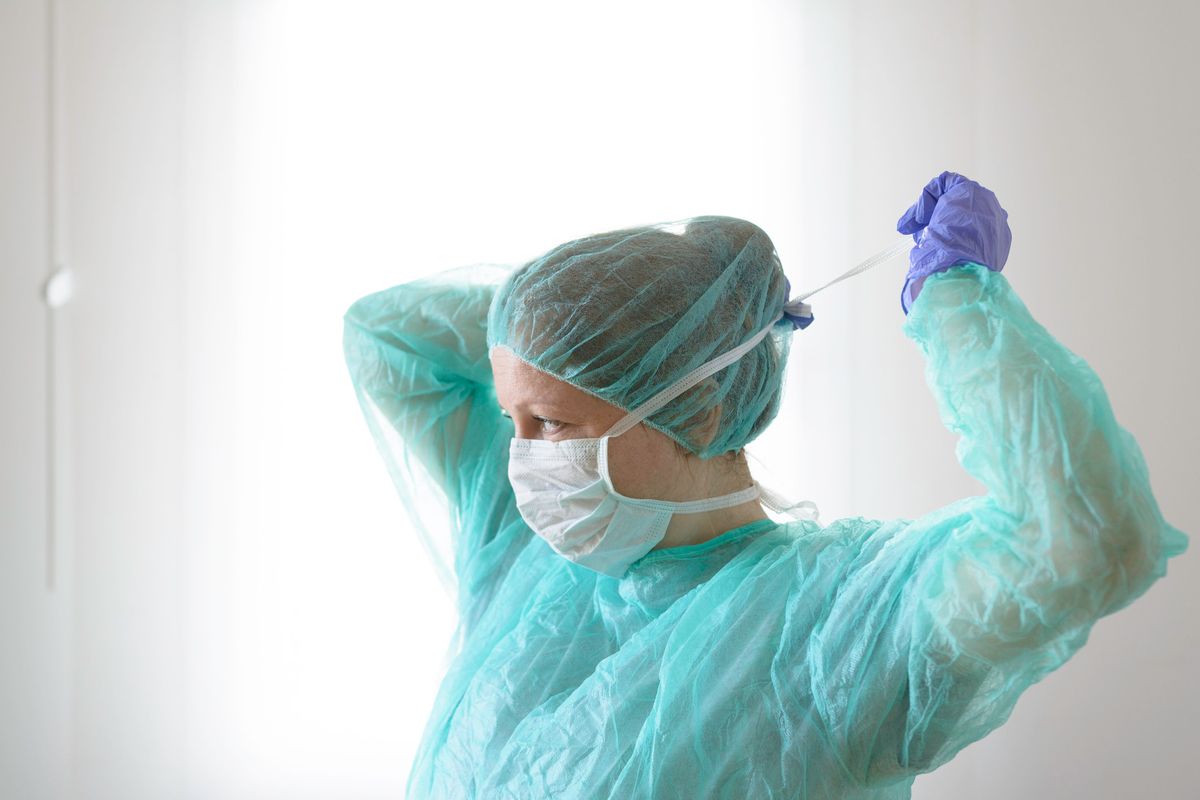 Every day, the nation is reminded of COVID-19's ongoing impact as new death counts are published. What is not well documented is the toll on family members.

New research suggests the damage is enormous. For every person who dies of COVID-19, nine close family members are affected, researchers estimate based on complex demographic calculations and data about the coronavirus.

Many survivors will be shaken by the circumstances under which loved ones pass away — rapid declines, sudden deaths and an inability to be there at the end — and worrisome ripple effects may linger for years, researchers warn.

If 190,000 Americans die from COVID complications by the end of August, as some models suggest, 1.7 million Americans will be grieving close family members, according to the study. Most likely to perish are grandparents, followed by parents, siblings, spouses and children.

“There's a narrative out there that COVID-19 affects mostly older adults," said Ashton Verdery, a co-author of the study and a professor of sociology and demography at Pennsylvania State University. “Our results highlight that these are not completely socially isolated people that no one cares about. They are integrally connected with their families, and their deaths will have a broad reach."

The potential consequences of these losses are deeply concerning, with many families losing important sources of financial, social and caregiving support. “The vast scale of COVID-19 bereavement has the potential to lower educational achievement among youth, disrupt marriages, and lead to poorer physical and mental health across all age groups," Verdery and his co-authors observe in their paper.

Holly Prigerson, co-director of the Center for Research on End-of-Life Care at Weill Cornell Medicine in New York City, sounds a similar alarm, especially about the psychological impact of the pandemic, in a new paper on bereavement.

“Bereaved individuals have become the secondary victims of COVID-19, reporting severe symptoms of traumatic stress, including helplessness, horror, anxiety, sadness, anger, guilt, and regret, all of which magnify their grief," she and co-authors from Memorial Sloan Kettering Cancer Center in New York noted.

In a phone conversation, Prigerson predicted that people experiencing bereavement will suffer worse outcomes because of lockdowns and social isolation during the pandemic. She warned that older adults are especially vulnerable.

“Not being there in a loved one's time of need, not being able to communicate with family members in a natural way, not being able to say goodbye, not participating in normal rituals — all this makes bereavement more difficult and prolonged grief disorder and post-traumatic stress more likely," she noted.

Organizations that offer bereavement care are seeing this unfold as they expand services to meet escalating needs.

Typically, 5% to 10% of bereaved family members have a “trauma response," but that has “increased exponentially — approaching the 40% range — because we're living in a crisis," said Yelena Zatulovsky, vice president of patient experience at Seasons Hospice & Palliative Care, the nation's fifth-largest hospice provider.

Since March, Seasons has doubled the number of grief support groups it offers to 29, hosted on virtual platforms, most of them weekly. All are free and open to community members, not just families whose loved ones received care from Seasons. (To find a virtual group in your time zone, call 1-855-812-1136, Season's 24/7 call center.)

Medicare requires hospices to offer bereavement services to family members for up to 13 months after a client's death. Many hospices expanded these services to community members before the pandemic, and Edo Banach, president and CEO of the National Hospice and Palliative Care Organization, hopes that trend continues.

“It's not just the people who die on hospice and their families who need bereavement support at this time; it's entire communities," he said. “We have a responsibility to do even more than what we normally do."

In New York City, the center of the pandemic in its early months, the Jewish Board is training school administrators, teachers, counselors and other clinicians to recognize signs of grief and bereavement and provide assistance. The health and human services organization serves New Yorkers regardless of religious affiliation.

“There is a collective grief experience that we are all experiencing, and we're seeing the need go through the roof," said Marilyn Jacob, a senior director who oversees the organization's bereavement services, which now includes two support groups for people who have lost someone to COVID-19.

“There's so much loss now, on so many different levels, that even very seasoned therapists are saying, 'I don't really know how to do this,'" Jacob said. In addition to losing family members, people are losing jobs, friends, routines, social interactions and a sense of normalcy and safety.

For many people, these losses are sudden and unexpected, which can complicate grief, said Patti Anewalt, director of Pathways Center for Grief & Loss in Lancaster, Pennsylvania, affiliated with the state's largest not-for-profit hospice. The center recently created a four-week group on sudden loss to address its unique challenges.

The day before Julie Cheng's 88-year-old mother was rushed to the hospital in early July, she had been singing songs with Cheng's sister over the phone at her Irvine, California, nursing home. The next morning, a nurse reported that the older woman had a fever and was wheezing badly. At the hospital, COVID-19 was diagnosed and convalescent plasma therapy tried. Within two weeks, after suffering a series of strokes, Cheng's mother died.

Since then, Cheng has mentally replayed the family's decision not to take her mother out of the nursing home and to refuse mechanical ventilation at the hospital — something she was sure her mother would not have wanted.

“There have been a lot of 'what ifs?' and some anger: Someone or something needs to be blamed for what happened," she said, describing mixed emotions that followed her mother's death.

But acceptance has sprung from religious conviction. “Mostly, because of our faith in Jesus, we believe that God was ready to take her and she's in a much better place now."

Coping with grief, especially when it is complicated by social isolation and trauma, takes time. If you are looking for help, call a local hospice's bereavement department and ask what kind of services it provides to people in the community. Funeral directors should also have a list of counselors and grief support programs. One option is GriefShare, offered by churches across the country.

Many experts believe the need for these kinds of services will expand exponentially as more family members emerge from pandemic-inspired shock and denial.

“I firmly believe we're still at the tip of the iceberg, in terms of the help people need, and we won't understand the full scope of that for another six to nine months," said Diane Snyder-Cowan, leader of the bereavement professionals steering committee of the National Council of Hospice and Palliative Professionals.

KHN (Kaiser Health News) is a nonprofit news service covering health issues. It is an editorially independent program of KFF (Kaiser Family Foundation), which is not affiliated with Kaiser Permanente.