Deborah D. Gordon has spent her career trying to level the playing field for health care consumers. She is author of "The Health Care Consumer's Manifesto: How to Get the Most for Your Money" (Praeger 2020), based on consumer research she conducted as a senior fellow in the Harvard Kennedy School's Mossavar-Rahmani Center for Business and Government. Deb previously spent more than two decades in health care leadership roles, including Chief Marketing Officer for a Massachusetts health plan and CEO of a health technology company. Deb is an Aspen Institute Health Innovators Fellow, an Eisenhower Fellow, and a Boston Business Journal 40-under-40 honoree. Her contributions have appeared in JAMA Network Open, the Harvard Business Review blog, USA Today, RealClear Politics, The Hill, and Managed Care Magazine. She earned a BA in bioethics from Brown University, and an MBA with distinction from Harvard Business School. 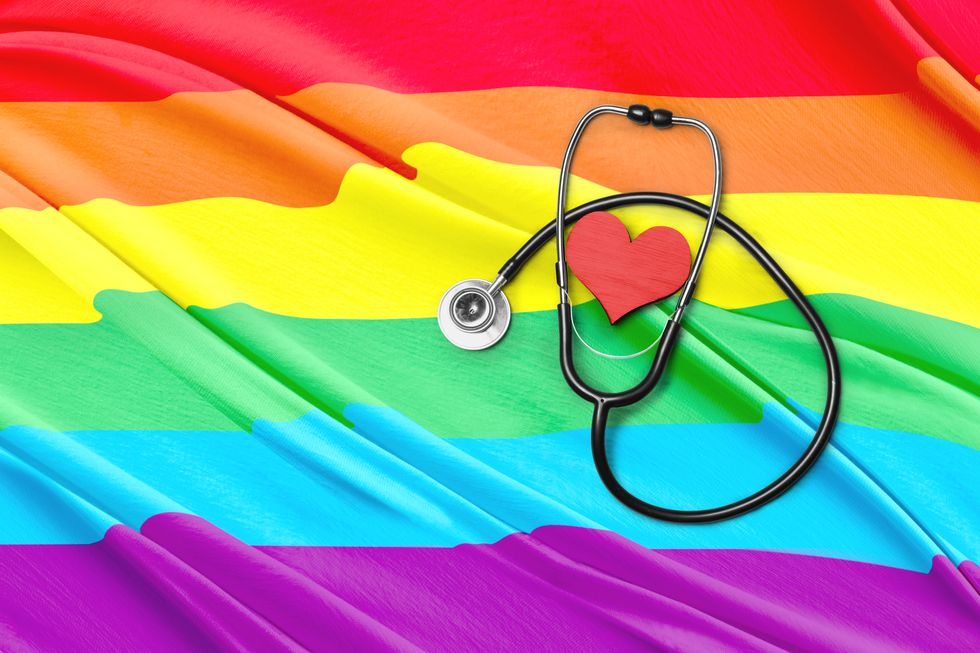 Health care is complicated for everyone, but trans women face extra hurdles

If you're transgender, navigating health care can feel like "a maze of mirrors," according to Dr. Isabel Goldman, a scientific journal editor and trans woman.

Transgender people — whose gender identity and expression do not match the biological gender they were assigned at birth — often seek gender-affirming care to acquire sex characteristics more closely aligned with their identity. Medical interventions for transgender women (those who were assigned the male gender at birth but identify as female) commonly involve hormone therapies, while surgical interventions include vaginoplasty and mammaplasty (breast augmentation).

"Hormones are very safe and relatively straightforward to prescribe for people who are in internal medicine," explained Dr. Joshua Safer, executive director of the Mount Sinai Center for Transgender Medicine and Surgery and professor of medicine at the Icahn School of Medicine at Mount Sinai. "In endocrinology, they're downright easy."

These treatments, along with facial hair removal, speech modification, and behavioral therapy qualify as medically necessary, according to treatment guidelines published by the World Professional Association for Transgender Health (WPATH). However, that doesn't mean they're always accessible or covered by insurance.

The transgender healthcare maze has roots in bias and structural inequities. Transgender people are more likely to live in poverty, experience physical or sexual assault, and face workplace discrimination, according to the 2015 National Transgender Discrimination Survey. Overall, the study found that 14% of transgender people were uninsured, and 33% had postponed needed care because of cost.

Though Obama-era protections prohibited discrimination based on gender identity, a new Trump Administration rule opens the door to discriminatory policies that may worsen health outcomes for the 1.4 million transgender adults in the U.S.

"The stigma of being transgender affects your whole healthcare journey," Goldman said. "The system is set up with trans people being an exception."

"When I walk down the street, nobody knows my anatomy," Goldman said. "They're gendering me based on my face."

Some hair-removal providers aren't clinicians and cannot bill insurance, but many consumers can't afford to pay out of pocket even if insurance ultimately pays. Goldman herself has encountered difficulties getting reimbursed for hair removal that was theoretically covered by her insurance.

"Some doctors are charging people out of pocket for covered services because (they) believe that these covered services are cosmetic," explained Andrew Cohen, a supervising attorney at Health Law Advocates (HLA) and leader of the firm's transgender health initiative.

This practice of billing the consumer for fees insurance won't pay is typically illegal.

Trans women must also get letters from two mental health professionals before having gender-affirming surgery.

"If that same person needed knee or back surgery . . . there would be no such requirement," said Brenna Cyr, behavioral health clinical lead at the Center for Transgender Medicine and Surgery at Boston Medical Center (BMC).

Cohen said, "I can't think of a single other service that would require double diagnosis."

These hurdles add financial and emotional costs that cisgender women (those whose gender at birth matches their identity) don't have to pay.

"There's a tax on trans women to be part of the women's club," Goldman said.

Seek care based on your biology

"The body parts you have need to be monitored for disease processes," Safer advised. For example, even if you've had vaginoplasty, you still have a prostate. "Your doctor needs to know that."

Get health insurance and use it

If you have little or no income, apply for Medicaid or a subsidized marketplace plan; some policies retroactively cover care you've already received. Eligibility and trans-care coverage varies by state, but insurance offsets general medical expenses.

Get financial assistance — or negotiate with your provider

Your state may offer medical hardship support and some providers will forgive all or part of your bill. If you can pay something, offer what you can or suggest a payment plan. At least ask for the lower negotiated rates that private insurers, Medicare and Medicaid pay, or for a self-pay discount.

Research your own coverage. Bills for services that should be covered could be illegal under private insurance contracts or even be outright Medicaid fraud; your state's attorney general might help.

"Most insurers are attuned to the fact that they need to serve this population," said Pam Klein, nurse liaison at BMC's Center for Transgender Medicine and Surgery. "But what's included in a policy needs to match what plays out in seeking services. If they say they cover a service but present multiple barriers to actually getting that service paid for, speak up directly or seek advocacy assistance."

The Importance of Supporting Transgender Children