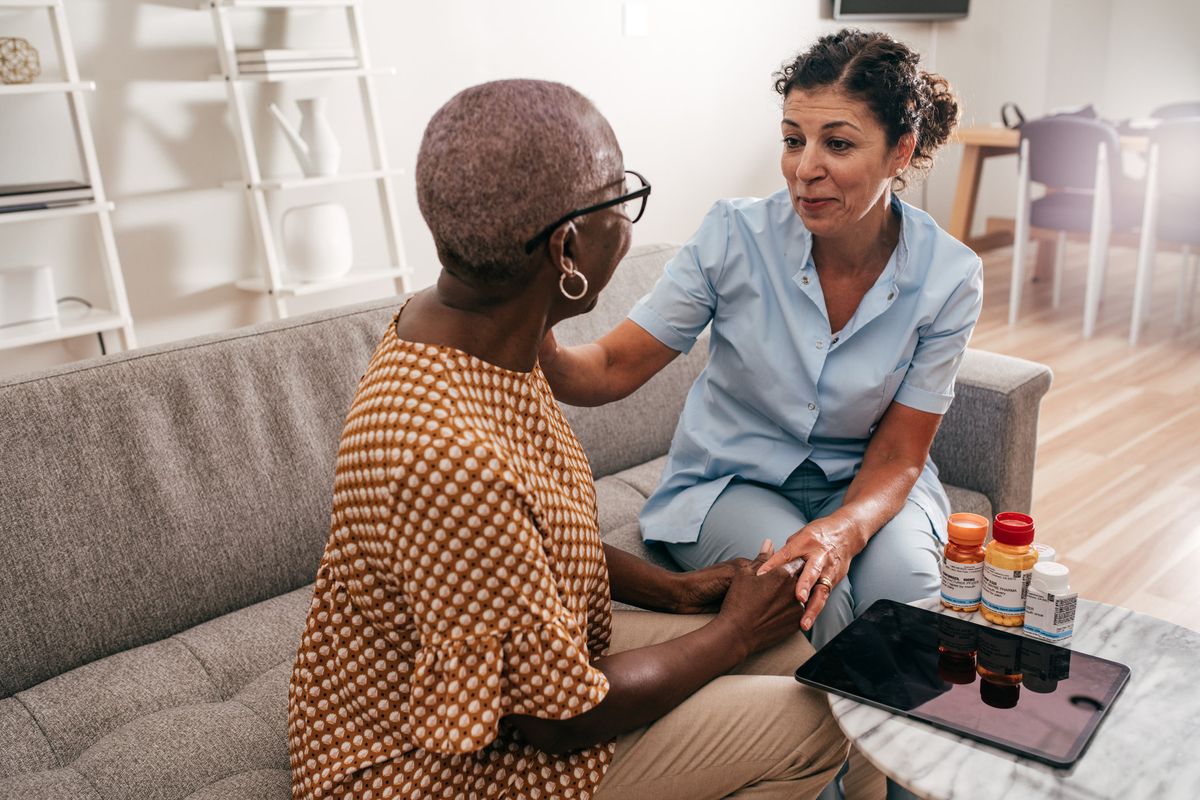 Is Long-Term Care Insurance Worth the Money?

Before David Levington's wife died at the age of 88, he hired full-time home health aides to help with her personal care. According to the 2019 Genworth Cost of Care Survey, the median cost for home health aides is $23 per hour, or more than $4,000 per month on average — an amount that is out of reach for most Americans.

Luckily, Levington had planned ahead for these costs. As an insurance salesperson, he sold long-term care (LTC) insurance and bought policies for himself and his wife in 1991, when they were 70 and 68, respectively.

LTC is typically defined as services that help with the activities of daily living, such as eating, dressing and bathing, and it can be essential for people who struggle to manage basic tasks independently due to advanced age, disability, recent hospitalization or chronic diseases like Alzheimer's.

LTC insurance is designed to cover services that Medicare doesn't, such as home health and facility-based long-term care, including nursing home stays that are longer than 100 days. Roughly 7.5 million Americans have some form of LTC insurance.

According to the U.S. Department of Health and Human Services, people turning 65 today have a 70% chance of needing some form of long-term care in their lifetimes, ranging from in-home support to facility-based care.

It’s well known that women live longer than men; they’re also more likely to need LTC and to need it for nearly twice as long as men, according to an AARP report.

Nationally, individuals and families pay 40% of LTC costs out of pocket, and the sums can be astronomical. In a 2018 report, PwC estimated lifetime costs of formal, paid LTC averaged $172,000.

The basics of long-term care insurance

Between Medicare or Medicaid limitations, and the scale and likelihood of LTC expenses, many consumers face a looming financial crisis.

Those with lower incomes and limited assets may qualify for Medicaid — once they spend down their assets. The majority (62%) of nursing home residents are covered by Medicaid. Higher-income individuals with extensive assets may be able to pay out of pocket. For people in between, LTC insurance may provide a level of protection.

Policyholders pay premiums and insurers pay a fixed amount or reimburse for actual costs, up to a maximum. Lifetime benefit limits are based on either a total dollar amount or a period of time — often one to five years.

Policyholders typically need to demonstrate cognitive impairment or an inability to perform some activities of daily living.

What LTC Insurance Does and Doesn’t Cover

Some policies require that you use specific providers; others allow you to hire your own caregivers or choose your facility. Not all facilities accept all LTC insurers, though, so your choices may be limited.

Generally, LTC insurance does not cover medical care or any services during the first 30 to 90 days after you qualify, which is called an exclusion period.

According to AARP, the average annual LTC insurance premium was $2,700 in 2018, though premiums vary based on factors such as your age when you enroll, gender, where you live and the policy's specific benefits. Couples who buy LTC insurance together may get a discount.

When to Buy LTC Insurance

Enrolling earlier is better. You'll get the lowest premiums if you sign up in your 40s or 50s.

If you wait too long, you may not qualify. You must be healthy when you apply and you're more likely to be denied as you age. Most applicants under age 50 are approved.

LTC insurance is not covered by the Affordable Care Act; you can be denied coverage if you're sick or disabled or already need assistance with activities of daily living.

In the 1990s, more than 100 insurers offered LTC plans. Today, only about a dozen carriers sell individual policies. Now that fewer insurers are offering LTC plans, premiums are higher and the benefits are often reduced, leaving many consumers financially exposed.

“The policies used to cover unlimited costs until death," Sarah Michalczuk, founder and CEO of predictaBill and a former investment banker who covered the LTC insurance industry, wrote in an email exchange. “It is now considered generous if a policy covers as much as a three-year facility stay, and many policies cover less than a one-year stay."

Paying for LTC is likely to remain challenging. If you're concerned about long-term care costs but can't find or qualify for LTC insurance, make a plan.

If possible, maximize your retirement savings so you'll have more flexibility later.

Look at whole life insurance policies that allow you to draw funds to pay for long-term care; they may cost more than traditional LTC policies, but may be easier to get.

Prepare to approach LTC like your out-of-pocket health care costs. Shop around. Compare facilities or other care providers. Research your eligibility for Medicare and Medicaid coverage.

“Caretaking is certainly a huge societal problem without a clear solution," Michalczuk said.

Until solutions emerge, assume the burden will fall on you and your family, so take charge of your health and prepare your finances while you can.