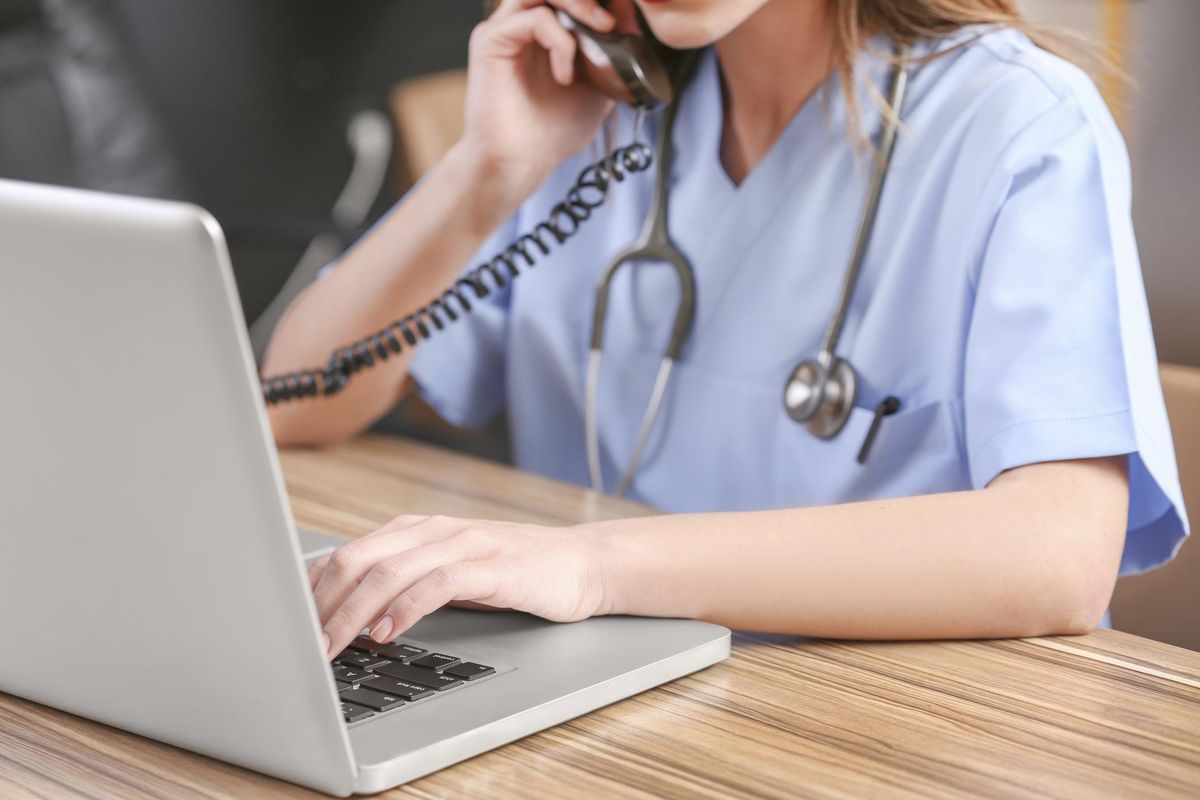 Doctors Now Must Provide Patients Their Health Data, Online and on Demand

A new federal regulation makes it easy to get test results and see what your doctor is recording about your health. One downside: You might not understand what you read.

Last summer, Anna Ramsey suffered a flare-up of juvenile dermatomyositis, a rare autoimmune condition, posing a terrifying prospect for the Los Angeles resident: She might have to undergo chemotherapy, further compromising her immune system during a pandemic.

This story also ran on Los Angeles Times. It can be republished for free.

After an agonizing three-day wait, the results of a blood test came back in her online patient portal — but she didn't understand them. As hours passed, Ramsey bit her nails and paced. The next day, she gave in and emailed her doctor, who responded with an explanation and a plan.

For Ramsey, now 24, instant access to her test results had been a mixed blessing. “If there's something I'm really nervous about," she said, “then I want interpretations and answers with the result. Even if it takes a few days longer."

On April 5, a federal rule went into effect that requires health care providers to give patients like Ramsey electronic access to their health information without delay upon request, at no cost. Many patients may now find their doctors' clinical notes, test results and other medical data posted to their electronic portal as soon as they are available.

Advocates herald the rule as a long-awaited opportunity for patients to control their data and health.

“This levels the playing field," said Jan Walker, co-founder of OpenNotes, a group that has pushed for providers to share notes with patients. “A decade ago, the medical record belonged to the physician."

But the rollout of the rule has hit bumps, as doctors learn that patients might see information before they do. Like Ramsey, some patients have felt distressed when seeing test results dropped into their portal without a physician's explanation. And doctors' groups say they are confused and concerned about whether the notes of adolescent patients who don't want their parents to see sensitive information can be exempt — or if they will have to breach their patients' trust.

Patients have long had a legal right to their medical records but often have had to pay fees, wait weeks or sift through reams of paper to see them.

The rule aims not only to remove these barriers, but also to enable patients to access their health records through smartphone apps, and prevent health care providers from withholding information from other providers and health IT companies when a patient wants it to be shared. Privacy rules under the Health Insurance Portability and Accountability Act, which limit sharing of personal health information outside a clinic, remain in place, although privacy advocates have warned that patients who choose to share their data with consumer apps will put their data at risk.

Studies have shown numerous benefits of note sharing. Patients who read their notes understand more about their health, better remember their treatment plan and are more likely to stick to their medication regimen. Non-white, older or less educated patients report even greater benefits than others.

For Sarah Ford, 34, of Pittsburgh, who has multiple sclerosis, reading her doctor's notes helps her make the most of each visit and feel informed.

“I don't like going into the office and feeling like I don't know what's going to happen," she said. If she wants to try a new medication or treatment, reading previous notes helps her prepare to discuss it with her doctor, she said.

The new rule will have less impact on Ford and the more than 50 million patients in the U.S. whose doctors had already made their notes available to patients before the rule kicked in. However, only about a third of patients with access to secure online health portals were using them.

While most doctors who have shared notes with patients think it's a good idea, the policy has drawbacks. One recent study found that half of doctors reported writing their notes less candidly after they were opened to patients.

Another study, published in February, found that 1 in 10 patients had ever felt offended or judged after reading a note. The study's lead author, Dr. Leonor Fernandez, of Beth Israel Deaconess Medical Center, said there is a “legacy of certain ways of expressing things in medicine that didn't really take into account how it reads when you're a patient."

UC San Diego Health started phasing in open notes to patients in 2018 and removed a delay in the release of lab results last year. Overall, said Dr. Brian Clay, chief medical information officer, both have been uneventful. “Most patients are agnostic, some are super-jazzed, and a few are distressed or have lots of questions and are communicating with us a lot," he said.

There are exceptions to the requirement to release patient data, such as psychotherapy notes and notes that could harm a patient or someone else if released.

Dr. David Bell, president of the Society for Adolescent Health and Medicine, believes it's unclear exactly what qualifies as “substantial harm" to a patient — the standard that must be met for doctors to withhold an adolescent patient's notes from a parent. Clarity, he said, is especially important to protect teenagers living in states with less restrictive laws on parental access to medical records.

Most electronic medical records are not equipped to segregate sensitive pieces from other information that might be useful for a parent in managing their child's health, he added.

Some doctors say receiving devastating test results without counseling can traumatize patients. Dr. James Kenealy, an ear, nose and throat doctor in central Massachusetts, said a positive cancer biopsy result for one of his patients was automatically pushed to his portal over the weekend, blindsiding both. “You can give bad news, but if you have a plan and explain, they're much better off," he said.

Such incidents aren't affecting the majority of patients, but they're not rare, said Dr. Jack Resneck Jr., an American Medical Association board trustee. The AMA is advocating for “tweaks" to the rule, he said, like allowing brief delays in releasing results for a few of the highest-stakes tests, like those diagnosing cancer, and more clarity on whether the harm exception applies to adolescent patients who might face emotional distress if their doctor breached their trust by sharing sensitive information with their parents.

The Office of the National Coordinator for Health Information Technology, the federal agency overseeing the rule, responded in an email that it has heard these concerns, but has also heard from clinicians that patients value receiving this information in a timely fashion, and that patients can decide whether they want to look at results once they receive them or wait until they can review them with their doctor. It added that the rule does not require giving parents access to protected health information if they did not already have that right under HIPAA.

Patient advocate Cynthia Fisher believes there should be no exceptions to immediately releasing results, noting that many patients want and need test results as soon as possible, and that delays can lead to worse health outcomes. Instead of facing long wait times to discuss diagnoses with their doctors, she said, patients can now take their results elsewhere. “We can't assume the consumer is ignorant and unresourceful," she said.

In the meantime, hospitals and doctors are finding ways to adapt, and their tactics could have lasting implications for patient knowledge and physician workload. At Massachusetts General Hospital, a guide for patients on how to interpret medical terminology in radiology reports is being developed, said Dr. William Mehan, a neuroradiologist.

An internal survey run after radiology results became immediately available to patients found that some doctors were monitoring their inbox after hours in case results arrived. “Burnout has come up in this conversation," Mehan said.

Some electronic health records enable doctors to withhold test results at the time they are ordered, said Jodi Daniel, a partner at the law firm Crowell & Moring. Doctors who can do this could ask patients whether they want their results released immediately or if they want their doctor to communicate the result, assuming they meet certain criteria for exceptions under the rule, she said.

Chantal Worzala, a health technology policy consultant, said more is to come. “There will be a lot more conversation about the tools that individuals want and need in order to access and understand their health information," she said.

This story can be republished for free (details).