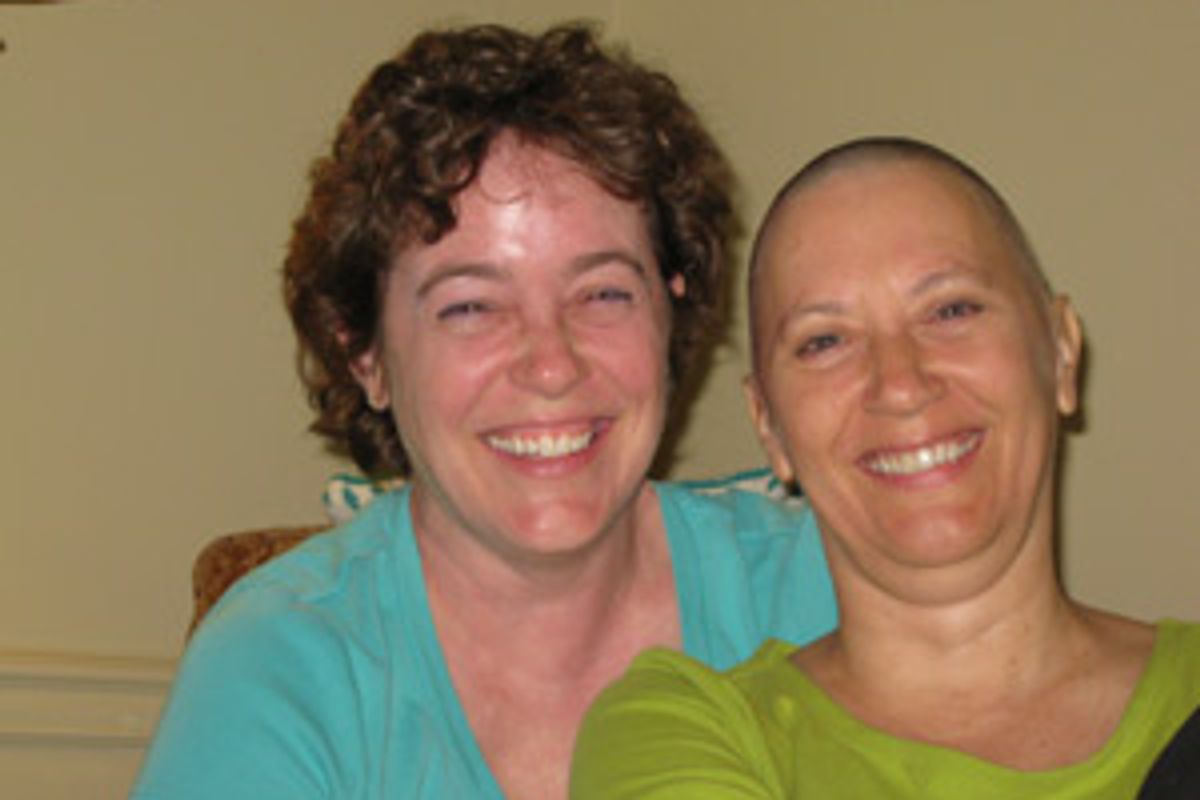 Last One on Monday!

HealthyWomen
24 Jun 2010 Real Women, Real Stories
breast cancer
Medically Reviewed
This article has been archived. We will no longer be updating it. For our most up-to-date information, please visit our breast cancer information here.

Just a brief update prior to my LAST chemo: The time really did go by fast, although I still don't want to count my chickens until Monday afternoon. Monday morning I'm filled with anxiety until the nurse first checks my temperature (tick), checks my port (tick), and checks my blood count (tick). Once the blood count comes back fine, the nurse starts the drips (I have two one-hour long drips and one 10-15 minute "push"). I chat and sleep through most of it and then about 2:30 Monday afternoon I will be done with chemo—forever! Of course, I will have to endure the week, but after next Friday, it is party time!

I met with the radiation oncologist this week. She was fabulous. We had a lengthy discussion about why I needed radiation after being bombarded with such a heavy course of a very potent systemic treatment that killed cancer cells. Her answer was that chemo is very effective on micro-cells, the cells that migrate from a local site and move to other sites in the body. However as harsh as chemo is, it is not effective in killing more macro cells—like potential clusters of cells in the breast or the lymph nodes. Radiation is most effective at killing those cells, and the sooner the better.

So, much to my disappointment, I will start radiation on July 19th, which means I will not get a break between my cycles. Although that is three weeks from my last chemo; at this stage in treatment, I am barely back to "normal" by the end of my 3rd week. Down side: no break, no vacation, summer is shot; Up side: I'll be done the first week of September, August really is a very slow time at work.

I had my radiation simulation done the other day—a CT scan, followed by magic marker crosses painted all over my chest—as if my breasts were not attractive enough with the various scars and the alien port still sticking out. Although when I showed Jonathan the funky little spots on my chest, he didn't seem to be focused on the magic marker. Hmmm. I go back in two weeks after they have built a computer model with my specs for a final "verification" I will then get my permanent tattoos. They are a series of tiny blue dots, although I've asked for fire breathing dragons, so we'll see...

I've had a few ups and downs this week. I feel pretty good, although the fatigue continues to whack me upside the head if I push too hard; I have been walking pretty consistently though. I had an interesting bout of anger tonight. There were many little things brewing and seeing my feet swell at least 10 times their normal size was the last straw. I really felt like I wanted to smash something or to scream at the top of my lungs. I kept visualizing all the destructive things I could do—break my mirror, throw my little table against the wall, break some dishes—I felt the need to destroy something, but luckily the feeling passed with all my belongings in tact. But it was interesting to process the underlying anger, which boils down to lost opportunity and the seeming randomness that I was one of the very unlucky women tapped for this all too prevalent disease.

We are ready for next week. I've added some dates to the Care Calendar for my local team. Jonathan is home this go round, but it is nice to have people stop in during the day. Thanks for hanging in there with me. Send me plenty of warm vibes on Monday to help see me through.

Love to you all. Marilyn