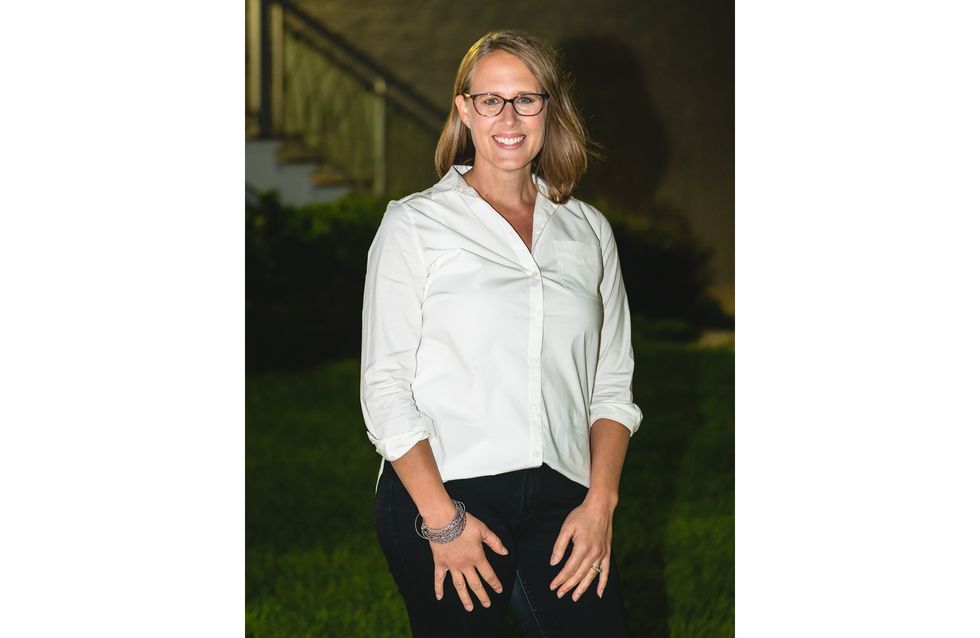 Heather's battle with cervical cancer led her to testify in front of the FDA for HPV testing. Read her story.

I first heard about HPV when I was diagnosed with it at 31 years old and 6 weeks pregnant with my second child. My Pap test came back abnormal, so my doctor followed up with an HPV test, which showed that I had HPV. Because I was pregnant, it was decided that we not do a biopsy and instead, follow up 6 months later with another Pap test and a colposcopy (a procedure where they look at your cervix with a light and a magnifying instrument). The tests showed that I still had abnormal cells, but I wasn't concerned. It was the first time I had ever had any abnormal cells and my doctor didn't seem worried. To top it off, I had been getting routine Pap tests for 13 consecutive years, and they all had been normal up until then. In fact, I had a normal Pap test just 9 months before I became pregnant.

In May 2008, after having my son, my doctor did another Pap test, which showed high grade dysplasia or precancer. Now we knew these cells weren't going away. In late July, I had a LEEP (Loop Electrosurgical Excision Procedure that involves a small electrical wire loop used to remove abnormal cells from the cervix). And on August 8, 2008, a Thursday, the day of the opening ceremonies of the Olympics, as my 3-month old son and my 3-year old daughter were napping, I got the call that I had cancer.

My husband and I knew we wanted to be very aggressive with treatment to give me the best odds. I was told I would have to give up my fertility. Although we weren't sure we were finished having children, all I could think at this point was to get this cancer out of my body to ensure I would live. I don't think I fully processed anything else at the time as I was thrown into making the decision so quickly. Given that I already had two kids, it was an easier decision to be super aggressive with the treatment.

We scheduled a radical hysterectomy for two weeks after my diagnosis. During the surgery, 20 lymph nodes were removed. One of my lymph nodes felt funny to my oncologist, so my ovaries were removed as well. This put me into menopause at age 32. Because of lymph node involvement, I had to do chemo and radiation. I healed from my hysterectomy and began 8 weeks of daily radiation, weekly chemo, and 3 rounds of brachytherapy (internal radiation therapy). I was so wiped out throughout my treatment. Fortunately, I was to able to take off the semester of teaching for treatment and healing. I also had a lot of help from my husband and family and friends. I am blessed and privileged to have a very supportive community.

The long-term burden of disease often gets overlooked. Eleven years later, I still struggle with side effects of my treatment. Because I went into early menopause, I have to think about the health of my bones to prevent osteoporosis and osteopenia. I also suffer from lymphedema, which is severe swelling throughout my body. Since so many lymph nodes were taken out, my lymph system has been compromised. I also have had to deal with cellulitis, a bacterial infection deep in the layers of skin, which has put me in the hospital for many days at a time. I've been able to manage the lymphedema—and prevent cellulitis for the past few years—by wearing compression stockings and shorts and doing manual lymph drainage through massage.

About one year after I finished treatment, the local news was doing a health segment on cervical cancer and the reporter was interviewing my oncologist. When they asked him for a patient, he suggested me. One thing led to another and since I was willing to be vulnerable and share my story, I was invited to speak at a conference, which led me to testifying in front of the FDA for HPV testing. For the first few years, I didn't realize the power or impact that sharing my story really had. When I became involved with Cervivor (www.cervivor.org) where there was this collective force of stories and a group of women who were motivated and driven to use their stories to impact change, I began to see the power behind sharing my story and being part of an organization that was dedicated to and focused on cervical cancer. I never set out to be an advocate; however, after attending my first Cervivor School in January 2015, I realized the power and potential of our stories combined with advocacy and am now a Cervivor Ambassador and the Lead Advocacy Educator for this organization.

Cancer has changed me. I remember that I wasn't as terrified of the cancer as I was of the thought that my children, who were so young when I was diagnosed, would not remember me as their mom when they got older. That element of my diagnosis has always stuck with me. And that fear is behind a lot of what I do and why I advocate for the next generation. It has also changed me as a parent and has made me more intentional .

HPV really does impact everyone in your world. As a woman, it impacted me and my own gynecologic health. It has impacted my children and my insistence on getting them the HPV vaccine. Men are affected in terms of oropharyngeal cancers because they are now on the rise. It's important to know that HPV can have implications for everyone—male, female, young, old.

I've often felt that I'm 44 but have the body of a 60 or 70 year old. That has been something I've had to work through and makes me worried. When I am 60, will I be healthy? A big focus for me is what I can do now to proactively set myself up to be as healthy as I can in the future. My message for women is to recognize and tap into the power of being proactive with their health—staying on top of what's new and current, having conversations with your health care professional, making sure you're getting your annual well-woman exams and your screening, and being proactive with vaccines for you and your children.