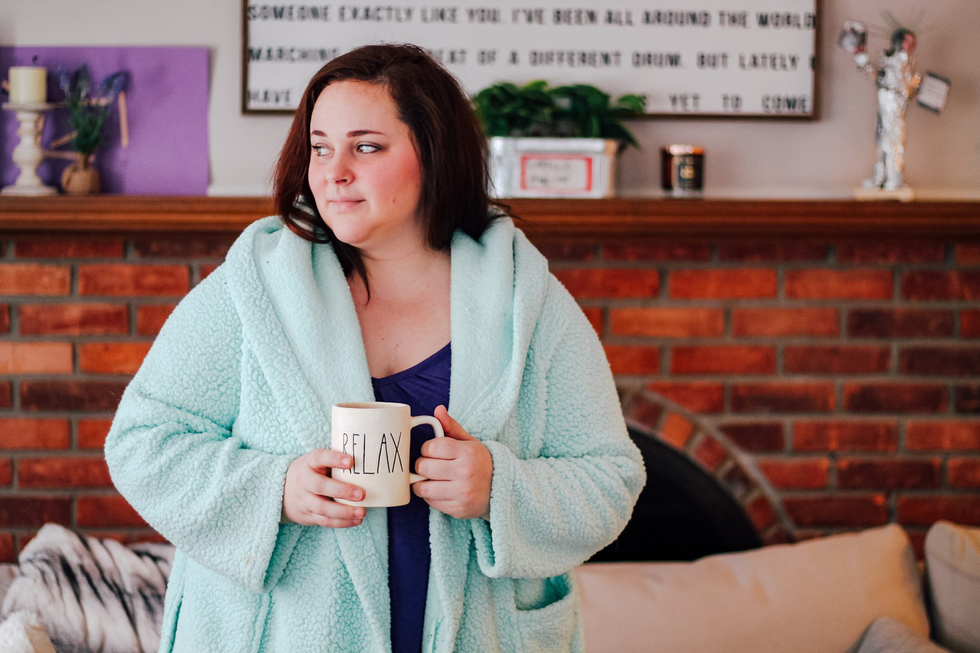 How Endometriosis Changed My Marriage

How Endometriosis Changed My Marriage

I got diagnosed with Endometriosis at 22 right when our lives together were beginning, right at the starting line.

I was 21 when my husband and I got hitched, and it was one of the greatest days of my life. I could see the possibility in our relationship, I could see our future. And now, after ten plus years of marriage, I still carry guilt over the life we could have had. No, we didn't get divorced. I got diagnosed with Endometriosis at 22 right when our lives together were beginning, right at the starting line.

I was 22, newly married, and struggling to do everyday things like go to classes in college. I knew something was wrong because things had been wrong for a long time. But everyone told me I was fine. Everyone told me it was normal and that the pain was just how girls felt around "that time of the month," Only, it wasn't the same … because I was in pain all of the time, and the pain just continued to get worse. Until one day, when I found a doctor who listened, who performed a laparoscopy, and found endometriosis inside me. It was then, when I got the diagnosis, that I felt validated for the first time. I felt empowered that my pain WAS real, that something WAS wrong. It was that day my heart truly broke for the first time, too.

When they found the endo, they found a lot of it. And immediately the conversation between my husband William and I shifted from what movie we wanted to see that week to when we were going to start our family. We were told if we wanted to have kids, we had better get a move on it. My pain became so bad that I had to drop out of college because I couldn't make it to classes on time or even at all some days. I was struggling, big time. But it was also during those months of heartache and confusion where the relationship between my husband and I got stronger and blossomed into something pretty incredible.

I feared that he would leave me because I was broken and because I didn't know if I could even have kids. I didn't want him to give up on being a father because I knew deep down that he would be an incredible one. But with every push I gave him, and with every step I tried to distance myself thinking it would be better for him, he stayed right beside me. He said he always knew things would work out just fine, and that we, together, were meant to have a family.

And years later, after lots of trying, our son Wyatt was born. And a few years later, our son Levi followed. We had been blessed with the ability to have our sons. But I was still in incredible pain, so at 27 years old, after I was done having kids, we decided it was the best option for me to have my uterus removed. Three months later, because I was still in pain, we chose to move forward and schedule a surgery to also remove my ovaries. Surgery is never an easy decision, but for us, it was the right one. And through each surgery and recovery, William stayed right by my side.

I never wanted him to have to give anything up for me. I never wanted the fact that I was sick to ruin his life because it wasn't his responsibility, and it certainly wasn't his fault. Years earlier when William and I first started dating, his mother passed away. I watched him go through that, and even though I knew Endometriosis wasn't fatal, being diagnosed meant I had to let a piece of me die. The piece of me that dreamed of finishing college at an actual school (I later enrolled online), the piece of me that wanted to see William follow every dream he had, and the piece of me that wanted a large family. I was giving it up, but it didn't mean that he had to.

William was strong, and he was brave, and he continues to help me find the light even during my darkest days. It isn't easy waking up next to someone who is always in pain. I know it must be hard for him. And now when I look back at all he's had to go through because of my illness, it hurts my heart. It's been an ongoing conversation—me telling him that I'm sorry, and him telling me to hush because he wouldn't change a thing even if he could.

He loves me. He loves me so much that he doesn't mind making me something to eat when I can't leave the couch. He doesn't mind getting my heating pad for me, taking me to the doctors, being there for every surgery, helping with every recovery, and he's never complained to me once. How lucky am I that I've found such an incredible man that loves me scars and all, but if you ask him, he'll tell you he's luckier.

This illness—it tried to break me and it tried to break us. But being with someone through something this hard strengthens your relationship so much. It makes me appreciate the strength we've built together over the years. And although I will always hold guilt for what our life could have been—like if we wouldn't have had to rush to had kids, or make big decisions so young. But I also know that if those things didn't happen, we wouldn't be where we are today. And where we are now is pretty amazing.