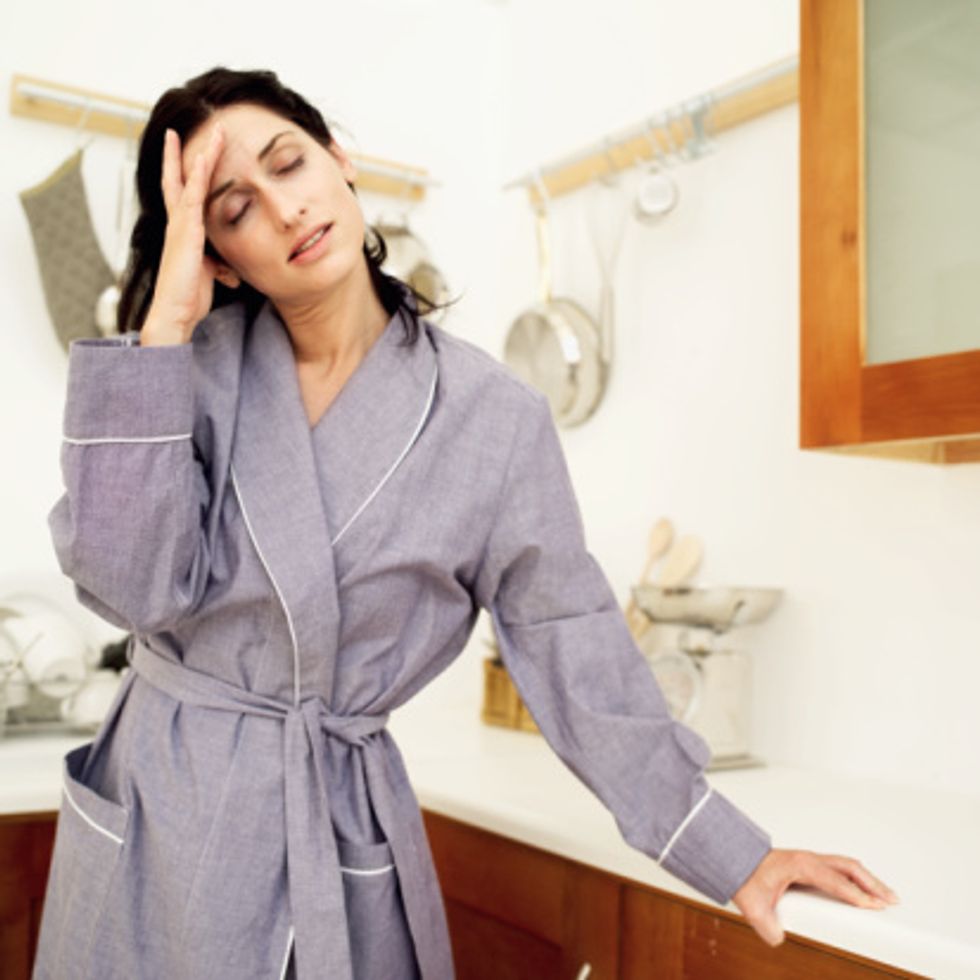 Do you ever get dizzy? I usually don't; I think the last time I experienced dizziness was when I was pregnant during a summer heat wave. But last week, I had an episode of dizziness that was unlike any other. I was at the gym doing my ab exercises, and suddenly felt like I was on a ship that was about to capsize...

Whoa! I quickly flipped over on the mat and put my head down. I ended up gripping onto the sides of the mat to wait out what was a very scary episode that lasted maybe a minute or so.

And then, as quickly as it came, it passed. When I got to my computer, I looked up "vertigo" and there it was: A sense that you or your surroundings are spinning or moving. And one of the things that can bring it on is a sudden change in the position of your head. I proceeded with my very busy day without any problems (and am keeping my fingers crossed that it doesn't happen again - but once it does, you are more prone...)

So this new report is quite interesting and something I think we all need to pay attention to. A three-year survey by a team at Johns Hopkins found that a full third of American adults over the age of 40 are in danger of falling because of some form of inner-ear dysfunction that throws them off balance and makes them dizzy.

You don't want to fall, trust me. (I tripped over a pair of sneakers years ago and ended up with neck surgery.) Not only can they result in painful injuries, but accidental falls kill an estimated 13,000 seniors each year in the U.S. and account for billions of dollars in hospital charges. If you do fall, having strong bones definitely comes in handy.

The researchers suggest that primary care should include balance testing so that people and their physicians can be more aware of a potential problem. (More than 22 million of us are totally unaware of the vulnerability to falls, so it's important to find out, don't you think?)

I did make an appointment with my doc after my episode and he performed some simple balance tests, to rule out some other more serious neurological causes. I do think everyone should ask for these tests when they see their physician (even if they were not on a rocking ship, like me!)

By the way, you can do some simple balance exercises at home, or at the gym. (One of my favorites at the gym is standing with light weights and doing bicep curls on one foot, switching to the other foot after one set.)