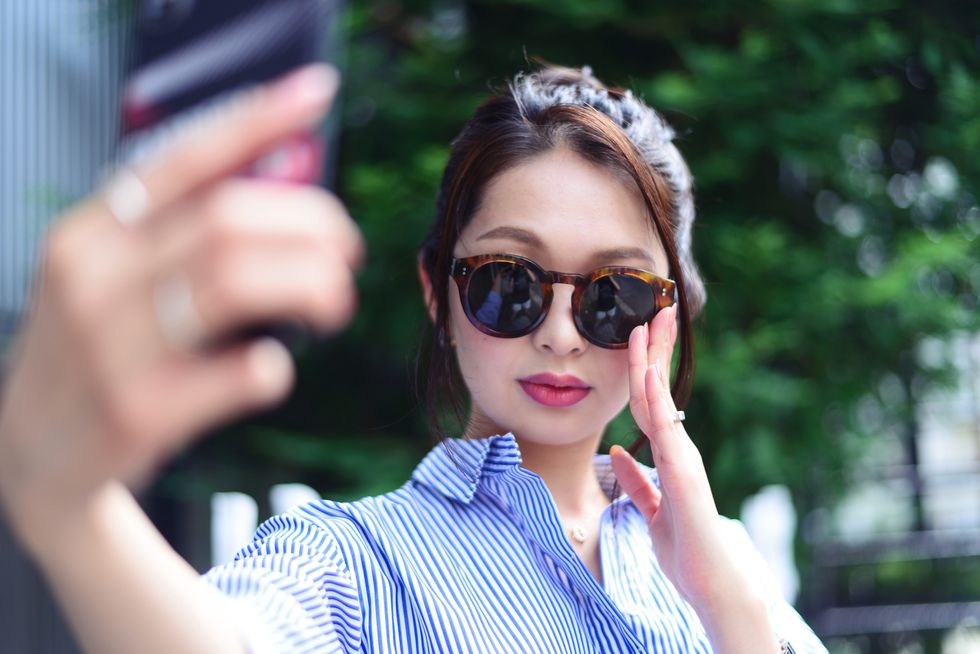 Is Narcissism Bad for Your Health?

While it's true that the recipients of the most annoying of the narcissist's traits—an inflated sense of self-importance, an overwhelming need for admiration and a lack of empathy toward others—suffer emotionally, the narcissist himself actually suffers physically from higher levels of the stress hormone cortisol. This hormone can lead to health problems like high blood pressure and heart issues.

At least that's what a 2012 study found when researchers looked at the role of narcissism and gender (narcissism seems to be more prevalent among men) on cortisol levels in a sample of 106 undergraduate students. Why narcissism is not  physically taxing on women could be because "men who endorse stereotypically male sex roles and who are also high in narcissism may feel especially stressed," said the study's coauthor Sara Konrath, in a University of Michigan press release.

Perhaps it's the pressure of trying to keep up a front: narcissists, although they come across as conceited, boastful or pretentious, often feel fragile and humiliated on the inside.

According to the Mayo Clinic, some symptoms of narcissistic personality disorder include: believing that you're special; failing to recognize others' emotions and feelings; taking advantage of others; fantasizing about power, success and attractiveness; and exaggerating your achievements or talents.

Does that sound like someone you know or have known?

This got me thinking about narcissism, a buzzword of late. If I'm not reading about it, I'm hearing about it from people I know ("Oh, him? He's a total narcissist." "I can't stand her—she's always talking about herself, her looks and how much power she has. Totally narcissistic." "My ex-husband? He was such a narcissist. That's why our marriage fell apart.")

Throughout my life, I'm sure I've met and known narcissists, but I never really labeled them as such. Instead, I thought of them as preoccupied and selfish, with an overwhelming need for attention.

So I turned to the real expert on narcissism—no, not a narcissist herself, but someone who has studied them and written extensively about the subject, Meredith Resnick, a licensed clinical social worker turned author. Meredith was kind enough to answer some of my questions on the subject. Perhaps if you have dealt with, or are dealing with, someone with narcissistic personality disorder, this may give you some deeper understanding into the narcissist (or even yourself):

How do you define a narcissist?

In writing about narcissism I've received a lot of email. It seems that a lot of women in midlife realize their partner is a narcissist, or has narcissistic traits, and they wonder why they were attracted in the first place.

Why does it sometimes take until midlife to realize this is happening, and what can the individual do about it?

Meredith: First, the why: It seems to me that one reason it takes many until midlife (sometimes longer, sometimes shorter) to fully realize what's going on is because so much time spent in earlier life is focused on the question, "How can I make this relationship work?"

This leads us into the second part of the question—the what. There is absolutely nothing wrong with the above question except that one person alone cannot make a relationship work. And, for many of us, when we're younger, we hear this question—often without realizing it—as "How can I fix the relationship?" When asked this way, what's lost or forgotten is the self, the individual who is asking the question. Recovery from the effects of narcissism involves the asker of that question—"How can I make things work in this relationship?"—turning the question around, at least as a start, and asking: "What do I need to do to take care of my own self that does not depend on the other person?"

In what ways can being involved with a narcissist affect your health?

Meredith: As I write in Surviving the Narcissist: 30 Days of Recovery, "Life with a narcissist can take us to emotional places we never thought we'd go and, once there, never believed we'd survive." The stress, the anxiety, the pain of not knowing what will happen next, not knowing if or how the narcissist will ostracize you is bad enough. But living with someone who lacks empathy one minute and charms you the next to keep you from leaving him/her is confusing and exhausting. It is impossible for the non-narcissist partner to understand the emptiness/internal black hole/emotional cavity that provokes the narcissist (or those with multiple narcissistic traits) to act this way, but until they accept this, they will again and again try to fix the person and the relationship, which ultimately causes themselves the most distress. Some of this distress is the result of the narcissist's unconscious projection of his or her own inadequacies on the other partner—and the other partner (the non-narcissist) absorbing it (also unconscious).

How does the empty nest contribute to or bring out, a narcissist's traits?

Meredith: When you take away the distractions of raising children, then of getting the children through high school and launched, the lack of a common goal leaves plenty of room to actually "see" clearly, especially when there is nothing compelling to turn to as an alternative distraction.