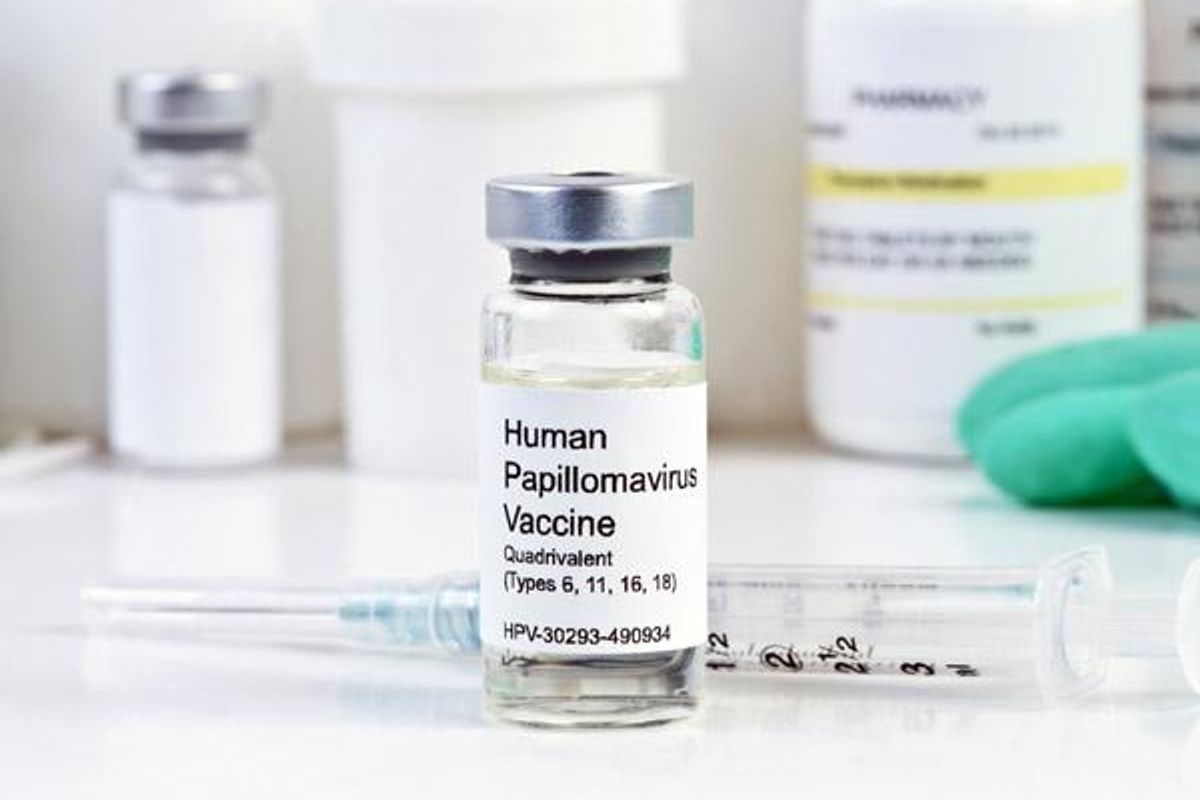 The science on vaccines is clear: They save millions of lives and protect our children from the pain and damage that measles, mumps, rubella, polio, tuberculosis and more can cause. So when my son's doctor suggested he get the HPV vaccination, why did I hesitate?

HPV is different than the other aforementioned diseases because it's not passed by casual contact. It's not highly contagious in the way that measles can infect a person two hours after the germ carrier leaves the area. HPV is transmitted only through intercourse and oral sex, so it doesn't seem as random.

If one contracts HPV, it's not apparent immediately and might never be an issue. Most HPV infections go away on their own within two years. Plus, there are more than a hundred strains of HPV, and the vast majority pose little risk for genital warts, cervical cancer, throat cancer and a variety of other rare cancers. It's statistically unlikely my son will ever need the protection offered by the vaccination.

Still, cervical and throat cancers are killers. Radiation and chemotherapy have severe side effects. Genital warts aren't deadly but … yuck.

Vaccinating my son would help protect him and every woman he ever becomes intimate with. And my hope as a parent is that he would always want to provide all the safety he can to a woman (or partner—not judging!) with whom he's intimate. When I had the sex talk with him (there were actually several as he matured), safety, caring and commitment were always part of the conversation.

Why wouldn't he have the vaccination?

There are reports of side effects, very bad side effects. As I tracked down the reports, nearly all were anecdotal. I couldn't find any scientific research indicating serious adverse side effects. Various branches of the U.S. government have assured the public that no serious adverse events could be linked directly to the HPV vaccine. Do I trust my government? Yes, but some other countries are reviewing the vaccine. Japan withdrew its recommendation, but teens could still get it if their parents asked.

The HPV vaccine was first introduced only for girls starting at age 9. The recommendation to include boys came a few years later when my son was nearly 20 years old. As I hesitated and researched, he aged out of the recommended age group (21 years old for males; 26 for females).

Easy to say now, but I regret not encouraging him to get the vaccinations. Vaccinations are part of the social contract we make as part of society. This is one of those cases where the greater good wins out, even though a few—a very few—people will have an adverse reaction.

What level of guilt will I feel if he contracts throat cancer? What pain will he feel if his beloved suffers from cervical cancer? My hesitation means I will always worry, and my son's future love(s) will have a risk they should not be asked to take. I could have saved my son from the risk of that particular guilt. He could have avoided putting a person he cared for at risk. Isn't that what we do for our loved ones?

Suzanne B. Robotti is founder and president of MedShadow Foundation, an online advocacy source to educate patients on the side effects of prescription medications.

From the experts at HealthyWomen, this new one-stop hub will help you understand your breasts from the inside out, offering up-to-date information on all aspects of breast health.

I Was a Polio Pioneer, and I Can’t Wait to Get the COVID-19 Vaccine

How Many People Need to Get a Covid-19 Vaccine in Order to Stop the Coronavirus?