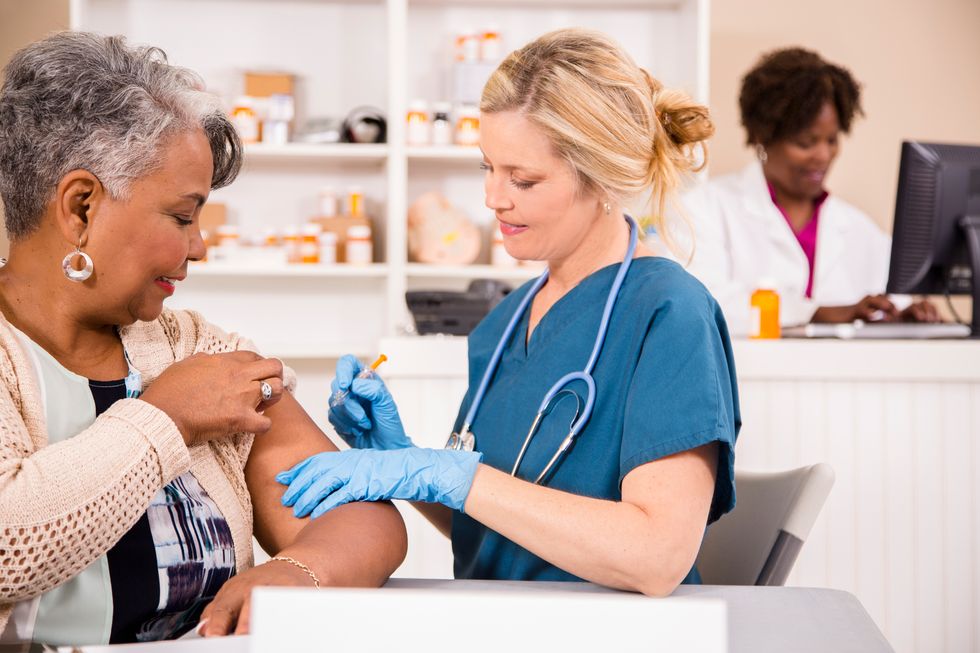 13 Things You Need to Know About Shingles

Shingles can be extremely painful and sometimes cause lasting complications, so you may want to consider the vaccination. There's a new one coming soon.

A friend of mine recently came down with shingles. At first, she thought the itchy and bumpy red rash was a reaction to something she ate.

But when she began to develop a headache and fever along with painful blisters, she was not so sure.

Her doctor diagnosed her with shingles.

She's well on her way to recovery now. Her case lasted about three weeks and could have lasted longer, according to her doctor. After hearing about her ordeal, I thought it would be helpful to share some details, because the risk of shingles rises sharply as we age.

Shingles is caused by the same virus that causes chickenpox. But even if you've had chickenpox, you can still get shingles. The virus lies inactive in nerve tissues near the spinal cord and brain—until it doesn't, when it reactivates.

As you can see, shingles is more common than you might think, and you should not take it lightly: Each year, there are an estimated 1 million cases in the U.S., and it will affect about one out of every three people in their lifetime.

A shingles vaccine can help protect you for about five years. And if you've already had shingles, it can help prevent it from returning. But it doesn't guarantee you will never get shingles. If you have shingles and have not been vaccinated, you'll need to wait until the rash has disappeared.

I got a vaccine about five years ago and am due for another. I plan to get the new vaccine, called Shingrix, which was released in late 2017. It's supposed to be more effective, more protective and longer-lasting than the older one that's been on the market for over a decade. Even if you've received the older vaccine, the Advisory Committee on Immunization Practices recommends getting the new one.

The only possible downside? It can cause some adverse reactions, like fever and muscle aches. And you need two—not one—vaccination, given at least two months apart.

To me, it's worth possibly putting up with a couple of days of soreness versus dealing with weeks of shingles complications.

I Wish I’d Known About the Shingles Vaccine Sooner

I Got Shingles at 29

Shingles: What It Is and How to Prevent It