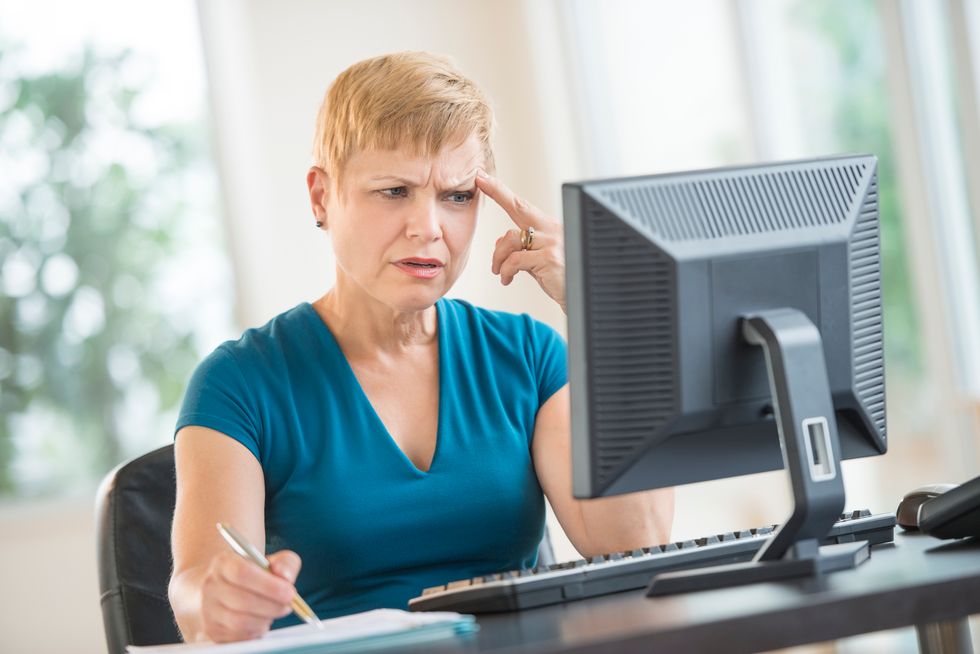 Your Brain on Estrogen

Estrogen does a lot of good things for women's brains and may even play a role in Alzheimer's, but much more research is needed about estrogen and menopause.

"In preclinical studies, estrogen was shown to improve energy production, reduce oxidative stress, increase brain cell survival during damage, enhance the release of protective chemicals, and improve memory," according to this recent article.

So, you may ask, what the heck happens in the brain when estrogen disappears after menopause? Researchers are also asking if estrogen, or the lack thereof, plays a role in Alzheimer's disease, the most common form of dementia, which disproportionately affects women.

Neither menopause nor lack of estrogen is directly linked to dementia, or specifically, to Alzheimer's disease. No smoking gun or causal connection has been found despite numerous studies comparing women who have taken estrogen with those who haven't.

"Evidence from cohorts in Melbourne, the United Kingdom, and rural Taiwan suggests that the natural menopausal transition probably does not have important effects on episodic memory or most other cognitive skills," states this National Institutes of Health (NIH) article.

So, what happens in the brain when estrogen production declines after menopause? Are all those "senior moments" really the result of our estrogen-starved gray matter? Does estrogen replacement therapy have any effect on brain health? Finally, although no treatment exists for Alzheimer's disease, could estrogen play a role in preventing or delaying its onset?

While these are all tantalizing questions that researchers are beginning to tease apart, no actionable answers are forthcoming yet. Frankly, research results are all over the map. You may remember the groundbreaking 2002 Women's Health Initiative that was responsible for a seismic shift in the routine use of estrogen therapy after concerns about risk of breast cancer and heart disease—some of which were misunderstood or at least miscommunicated.

Less well-known was that a cognitive component to that study (the Women's Health Initiative Memory Study) found that the risk of dementia increased, sometimes dramatically, for women over 65 who were on hormone therapy.

However, several recent studies suggest that beginning hormone therapy at a younger age may have a protective effect on the brain. A recent study in Norway and another in Finland determined that taking estrogen before and during menopause, resulted in increased brain volume, especially in the hippocampus, which is the area associated with memory and sense of place and which is most disrupted by Alzheimer's disease.

These conflicting results have led to the "critical window" hypothesis: that at some points in the menopausal transition, estrogen may help preserve brain function, while at others, not so much.

"Most researchers seem to accept the idea that a critical window exists during which estrogen treatment is most likely to be beneficial. The question is, when is that window open, and when is it closed?" said Roberta Diaz-Brinton in a recent article.

Diaz-Brinton suggested that healthy cells may be more likely to respond positively to estrogen but older or "sickly" cells may not. This is the "healthy cell bias of estrogen."

Frustratingly, for those of us approaching menopause, the data continues to roll in and not much is consistent enough to define a course of action. Obviously, a bunch of variables confound the picture: how the estrogen is administered (whether by pill or patch); what kind of estrogen is administered (bioidentical, equine, or some other formula); certain genetic factors; the combined effect of estrogen plus progestogen (for women who still have a uterus); plus all the other variables of country, culture, health, and lifestyle.

The current position of the NIH, which can be expected to take a conservative position, is that "it is unknown whether estrogen effects on Alzheimer risk are modified by age of use or by use during a critical window close to the time of menopause."

Probably the most reasonable course of action is to continue to follow general medical guidelines to take the smallest dosage of estrogen for the shortest period of time to relieve menopausal symptoms. According to the most recent studies, that's when it might do your brain the most good. Beyond the menopausal years, evidence suggests that it either has no effect or it has a negative one.

And, for our daughters' sake, if not our own, let's continue to speak out about the importance of research in women's as well as men's health. We are not the same.