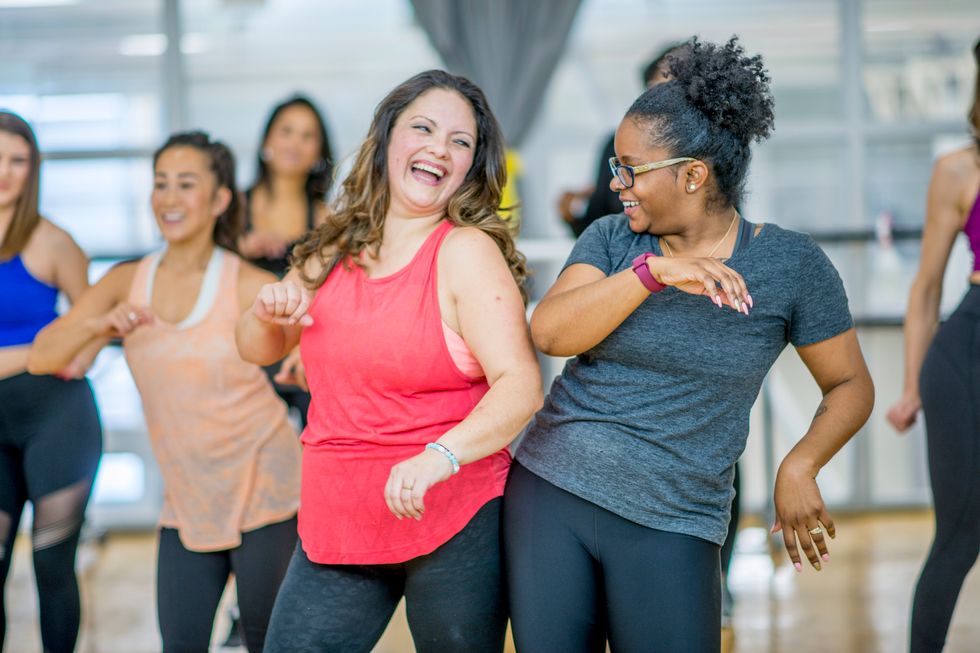 Working moms need to take time for self-care. Whether jogging, reading or just sleeping, be sure to make time for your own mental health and physical health.

I laughed and said, "I'm 12 years postpartum," which prompted a high-five all around.

As we walked out after class, proud of our achy muscles—why so many plank poses today?—we three moms chatted about how hard it can be to find the time to work out with a new baby at home. Feeling like the older (and I hope, somewhat wiser) working parent that I am, I listened for a moment before offering up the advice I give all new moms:

For more than a decade, I have written about working moms (and dads), from how to ask for a flexible work schedule to how to respond to well-meaning parents who seem to know all the school gossip, including stories about your own child. In my quest for self-care, I even publicly shared my adventures with attempting to work out in 10-minute increments.

And I still couldn't make that happen.

For me, the issue was simple in that I believed any moment I wasn't working had to be spent with my kids (and maybe, just maybe, my partner). To take time away from either would either put me behind schedule at work—or, what? End up screwing up my kids' fragile psyches?

Hard to say for sure what I was thinking. But finding time for myself was easy back then in that I never made it happen—that is, until I became boss, advocated flexible work for all and opted to lead by example, working from home one day a week. As a result, I began to put my unneeded commute time to use at the gym.

The impact that one day a week had on my psyche was eye-opening. The ability to sweat off the week's stress and think about something—anything—other than work or family was a huge boon.

And yet, each week I still felt as if I were sneaking away to make it happen.

I now realize that it's because I never thought to go public about this oh-so-slight change to my schedule. Instead, I'd just "disappear" for an hour or so every Friday morning. (Should I mention that the gym was located in a basement that blocked all cell reception? #glorious)

Even so, here's what happened during my time at the gym: absolutely nothing. My team didn't dissolve into a disorganized heap, my boss didn't freak out having to wait an hour or so to hear back from me, and my kids didn't know (or really, even care) where I was while they were at school. Instead, I'd jump off the treadmill more energized than when I started on it—and had more energy to tackle my never-ending to-do list.

If only I had thought to put myself on that list earlier. These days I work out twice a week (even when I'd rather not). It's become as essential to me as brushing my teeth or getting enough sleep.

Taking time for yourself is a mantra we repeat daily at HealthyWomen because we know how hard it can be to make happen. (For example, in our recent HealthiHer survey, 66 percent of women reported feeling only "somewhat in control" of their own health while nearly 90 percent described their stress levels as "moderate to high.")

And then there's the guilt that comes in taking time for yourself. The new moms from my Pilates class both experienced it, saying they felt guilty about spending time and money to work out.

Knowing exactly how they felt, I asked them to consider my self-care story so long in the making. Let me be the first to tell you this secret, I said. It isn't selfish to put yourself first. Take time for yourself and I promise you will feel better—and that you'll have more energy to give to everyone who depends on you.

And it's important to remember, too, that our children are watching everything we do. If we want them to value their health, we need to nurture our own. Be the role model for self-care that you wish you had growing up.

Please join me on our HealthiHer Facebook page to share how you're taking time for yourself to be #BeHealthiHer.

Because, as always, we're stronger together.