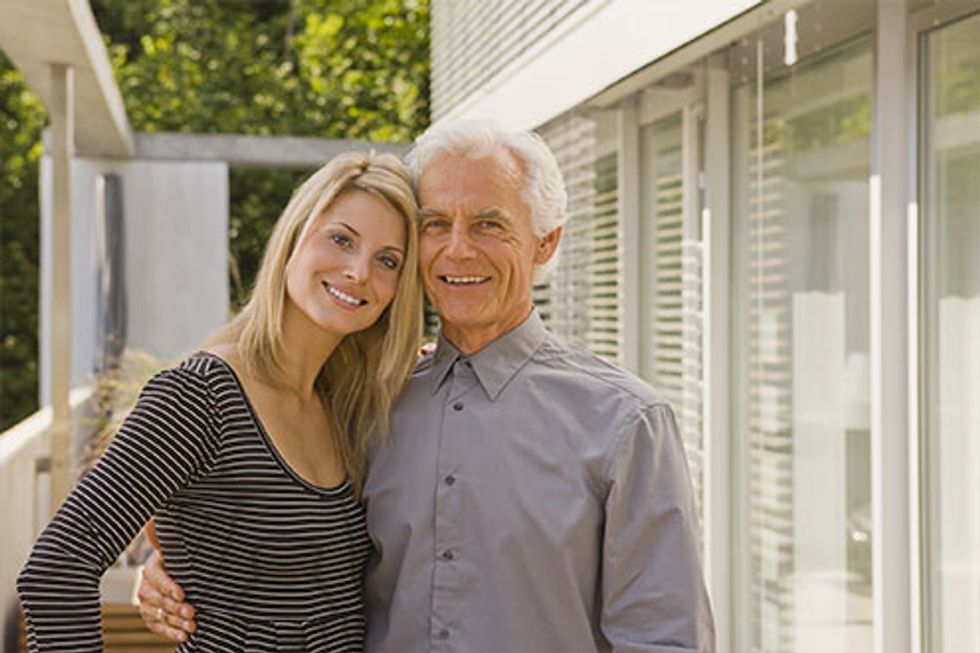 Why Do Men Date Younger Women?

New research suggests men tended to have a lifelong sexual preference for women in their mid-20s.

Now, new research suggests that the stereotype may be grounded in fact.

In the study, psychologists looked at data on more than 12,000 people from Finland.

The researchers, led by Jan Antfolk of Abo Akademi in Turku, Finland, found that women typically preferred men who were the same age or somewhat older, and this remained consistent throughout their lives.

On the other hand, men tended to have a lifelong sexual preference for women in their mid-20s.

For example, men younger than 20 were typically attracted to older women, while men older than 30 began to prefer younger women.

According to the researchers this might be all part of Nature's plan: Men's heightened sexual interest in women in their mid-20s is probably because women are most fertile at this age, they said.

That kind of preference would have been an evolutionary advantage, because men who had sex with women in their mid-20s would have had more children than other men, Antfolk's team said.

For their part, women may be more selective than men about their sexual partners, which means they're more likely to have sex with partners who match their age preferences.

The bottom line? In the end, it may be women who most often get the upper hand in mate selection. According to the researchers, that's because men's actual sexual behavior is controlled more by women's selecting a mate based on her age preferences, rather than his own "age ideals."

The study was funded by the Academy of Finland and was published recently in the journal Evolutionary and Human Behavior.