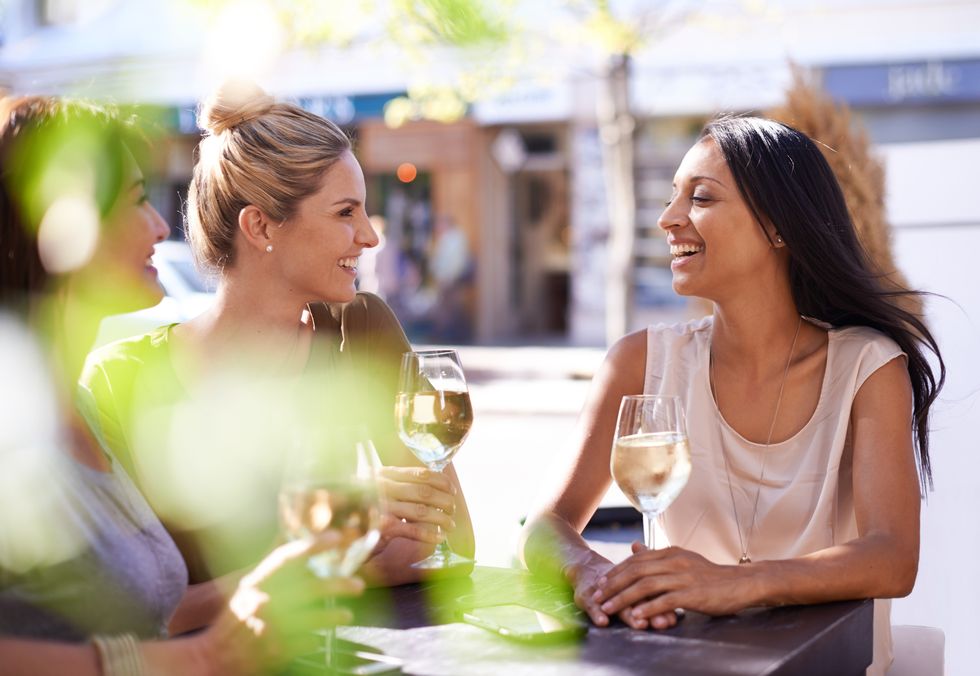 Is White Wine Bad for Your Skin?

Could that glass of Chardonnay affect the condition of your skin?

THURSDAY, April 20, 2017 (HealthDay News)—Could that glass of Chardonnay affect the condition of your skin?

Maybe, according to new research that found women with certain drinking patterns had a higher risk of developing rosacea, an inflammatory skin condition.

"We found white wine and liquor were significantly associated with a higher risk of rosacea," said study senior author Wen-Qing Li. He's an assistant professor of dermatology and epidemiology at Brown University.

Rosacea causes redness and flushing on the face and the neck. In some forms, acnelike outbreaks can form, and visible blood vessels can appear.

Genetics can play a role in the development of rosacea. In those with acnelike rosacea, their immune system may be reacting to a single bacterium, according to the American Academy of Dermatology.

While red wine is often pinpointed as the beverage that can trigger rosacea flushing, Li said that that information tends to come from reports by patients who already have the disorder.

The new research focused on alcohol's role in the development of rosacea. Li's team evaluated nearly 83,000 women enrolled in the Nurses' Health Study II from 1991 to 2005.

The researchers collected information on alcohol intake every four years during a follow-up of 14 years. Over that time, nearly 5,000 new cases of rosacea occurred.

"For white wine, compared to never drinkers, [those who drank] one to three drinks per month had a 14 percent increased risk of rosacea. For five or more white wines a week, risk increased by 49 percent," Li said.

For liquor, five or more drinks a week raised the risk of developing rosacea by 28 percent, the study found.

Li could not say if the link would hold true for men, as the study included only women. And, he points out that "it is just an association, it is not a causal relationship."

For now, Li said, the message is to make physicians and consumers aware of the link.

The researchers also suspect that there are different biological reasons why white wine and liquor seem to increase the development of rosacea and why red wine seems to exacerbate the condition. But they don't yet know what those differences are, the study authors said.

"It's interesting that they found a difference between different types of alcohol," she said.

One of the strengths of the research is the large number of women in the study, Goh said.

Meanwhile, she said, it's known that drinking alcohol can make rosacea flare up in those already diagnosed. "In the past, people thought red wine would cause more flushing than white wine," she said.

Besides alcohol, other common triggers in those who already have rosacea include sunlight, caffeine, hot and spicy foods, Goh said. People with the condition report different triggers, she said, so that list may not apply to all patients.

Treatments include topical creams and ointments, Goh said. Laser treatment can help the blood vessels that stay visible after periods of flushing. For patients who have pimples associated with rosacea, oral antibiotics can help, she said.

The study is published online April 20 in the Journal of the American Academy of Dermatology.

What’s the Connection Between Chickenpox and Shingles?

Type 2 Inflammation May Be Contributing to Your Atopic Dermatitis