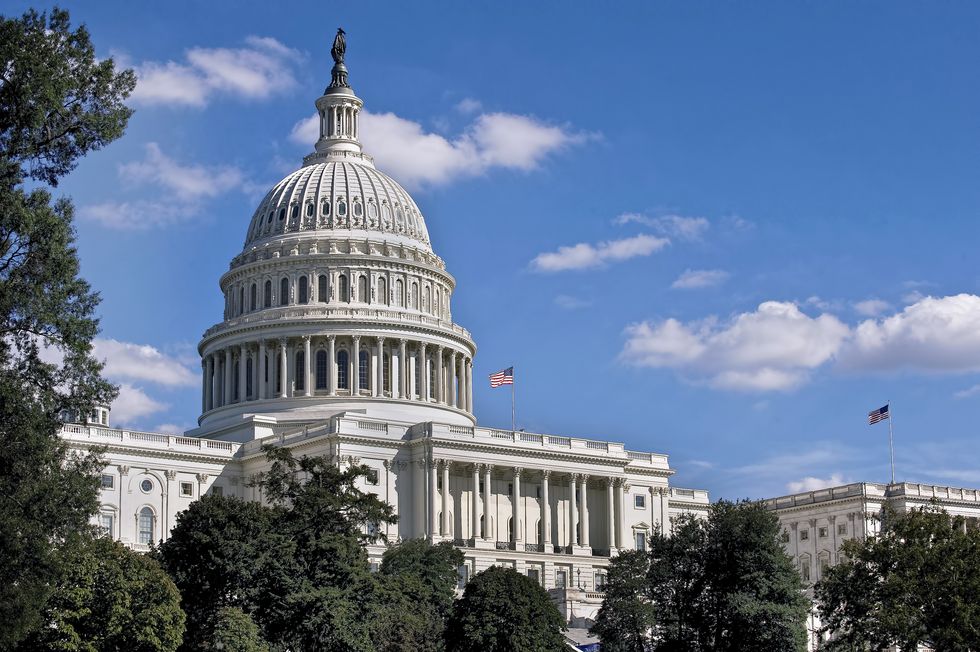 Issuing the demand through Budget Director Mick Mulvaney, President Donald Trump suggested that he was done negotiating with members of his own party, The Washington Post reported.

The ultimatum followed a turbulent day of political arm-twisting. GOP leaders insisted early in the day that they would have enough votes to dismantle the Affordable Care Act (ACA), also known as Obamacare. When it became clear that the bill would not pass despite concessions made to party conservatives, Thursday's vote was abruptly postponed.

"We have been promising the American people that we will repeal and replace this broken law because it's collapsing and it's failing families, and tomorrow we're proceeding," he told reporters.

Ryan ignored questions about whether there were enough votes to pass the measure.

Also late Thursday, the independent Congressional Budget Office (CBO) issued its latest analysis of the repeal bill. But this analysis does not reflect the effects of additional changes that were negotiated Thursday, including eliminating coverage requirements and other health insurance regulations, the New York Times reported.

On Monday, GOP leaders had unveiled amendments to the bill, titled the American Health Care Act, to appease party critics.

As amended, the bill would still leave 24 million more Americans uninsured, the latest CBO report found. And it would save the federal government $150 billion over the next decade -- less than the $337 billion under the original bill, called the American Health Care Act.

It was unclear Friday whether party leaders would have enough votes to approve the bill on the House floor. With one party member absent, 215 votes would be needed to pass the measure and send it on to the Senate.

Rep. Mark Meadows (R-N.C.), leader of the conservative House Freedom Caucus, late Thursday afternoon said that the measure still lacked 30 to 40 votes, including his own.

"I am still a no at this time," Meadows told reporters. "I'm desperately trying to get to yes."

Speaking on the House floor Thursday morning, Democrats accused Republican leaders of rushing ahead with a bad bill merely to keep a political promise of repealing and replacing Obamacare.

"This is ludicrous," balked Rep. Jim McGovern (D-Mass.). "You don't get extra points for being fast."

McGovern called the bill a "tax cut for the rich masquerading as a health care bill."

Pressure to pass the repeal bill first came from Trump personally on Tuesday, who met privately with House Republicans to convince defiant party members to keep their promise to repeal the Affordable Care Act.

Those meetings were part of a full-out effort by House Speaker Paul Ryan and other Republican leaders to secure the votes needed to pass the bill in the lower chamber before sending it to the Senate for consideration.

"President Trump was here to do what he does best, and that is to close the deal," Ryan said after the Tuesday meeting.

Ryan's plan is a budget "reconciliation" bill that rolls back major tax and spending provisions of the ACA. It is the first step in the process to replace the historic health law, signed by President Barack Obama seven years ago on March 23, 2010.

Although key House committees have signed off on the bill, the legislation faces sharp opposition, even within the Republican party.

The amended legislation accelerates the repeal of various taxes under the ACA, and imposes an immediate ban on state Medicaid expansions.

It also allows the federal government to make "block grants" to states to fund Medicaid. Under the ACA, Medicaid expansion provides benefits to all who qualify, while block grants would give states a lump sum of money to spend as they see fit.

In addition, the amended bill gives states the option to implement a work requirement in Medicaid for certain able-bodied adults.

Some of the changes are a response to a backlash by the Republican party's conservative wing, whose members have complained that the proposal doesn't go far enough to peel back Obamacare.

Some moderate Republicans have also expressed concern that the bill would adversely affect their constituents, particularly older Americans.

Ryan's proposal maintains popular aspects of Obamacare, namely the ban on exclusions of people with pre-existing conditions and the ability to keep young adults on parents' health insurance until age 26.

However, it would also eliminate Obamacare's controversial individual and employer health insurance mandates.

The GOP plan also advances a so-called continuous coverage provision. Insurers would be allowed to impose a 30 percent surcharge on health plan premiums for a year if consumers let their insurance lapse.

However, another group took issue with the bill.

Twila Brase, president and co-founder of Citizens' Council for Health Freedom, said the GOP bill fails to live up to the promise of an Obamacare repeal. The council advocates for health freedom and affordability.

Instead, the council is calling for recreation of an individual insurance marketplace where consumers may buy "catastrophic" coverage to cover major health events.

"Insurance is not to pay for every little thing that happens to you at the doctor's office," Brase explained. But because it has evolved that way, "it is exceedingly expensive, because everything has to go through the health plan."

But many House Republicans insist the legislation is their best chance to finally make good on campaign promises to repeal the ACA.

Keep Up with HealthyWomen’s Policy Updates on How Women Can Advocate to #KeepTheCare here.