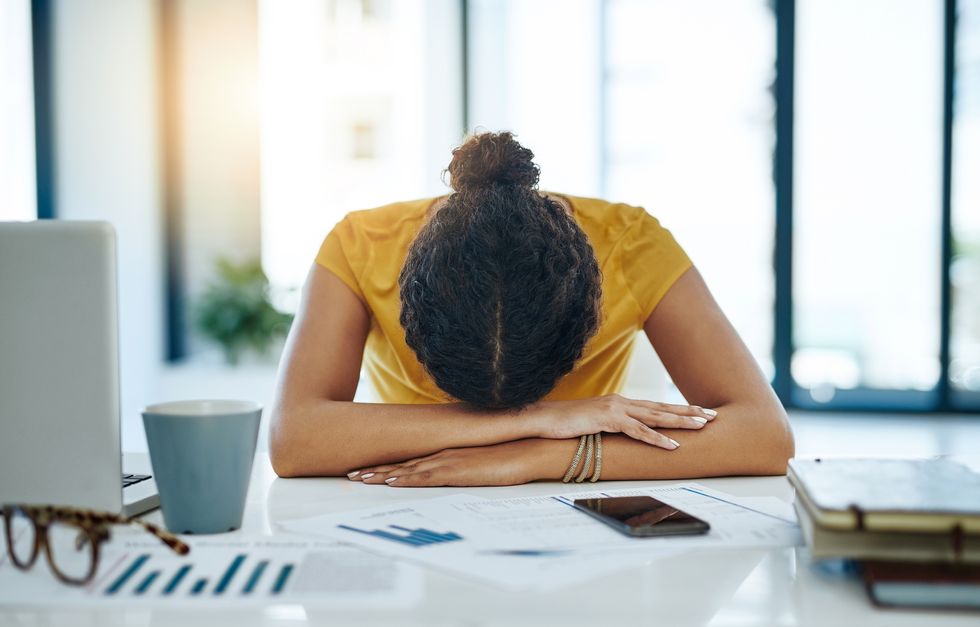 When You're More Than Tired: Signs of Narcolepsy

If someone you know regularly falls asleep in the middle of a conversation or other activity, the person may have narcolepsy, which causes an uncontrollable urge to sleep.

If someone you know regularly falls asleep smack in the middle of a conversation with you, it doesn't necessarily mean they're bored.

They may not be able to help themselves—they may have narcolepsy, a condition that causes an uncontrollable urge to sleep. Estimates put the number of people affected in the U.S. between 135,000 and 200,000, but the number could be much higher, because there are so many medical conditions that cause fatigue. And narcolepsy is sometimes mistaken for other problems like learning disabilities, seizure disorders or even laziness.

A study published in the Nature and Science of Sleep, describes narcolepsy as an "underrecognized sleep disorder." But if this lifelong, chronic, complex and disabling condition affects you or someone you know, you'd sure like people to recognize that this overwhelming sleepiness is nothing personal.

Learn more about The 4 Most Common Sleep Disorders.

Though no one knows for sure, it's thought that narcolepsy, which is basically a disruption in the normal sleep-wake cycle, stems from a combination of environmental (toxins, heavy metals) and genetic factors. Yet even though there are specific genes associated with narcolepsy, the majority of people who have it have no family history.

Most people who have narcolepsy have low levels of hypocretin, a brain chemical that helps promote wakefulness.

Narcolepsy usually appears during childhood or adolescence, but it's possible for it to begin following a traumatic brain injury to the part of the brain responsible for regulating sleep or as a result of a tumor or other disease in the same region of the brain.

For someone already at risk for narcolepsy, bacterial or viral infections (like strep throat or influenza) may be a trigger.

For sure, narcolepsy can have a devastating effect on the quality of your everyday life, your relationships and the way you function. It's easy to imagine how troubling, frightening and unpleasant narcolepsy can be—and how dangerous, too. These "sleep attacks" can happen at essentially any time, like during a meal, or worse, while driving.

How do you know if it might be narcolepsy? The only sure way to diagnosis it is with a sleep study, but here are some signs:

Some people who fall asleep in the middle of an activity will continue on with that activity. Known as automatic behavior, they're not aware of what they're doing during this time. As a result, they don't do it well. For instance, if they fall asleep while writing, they'll continue to write but the words won't make sense.

For people with narcolepsy, its best to be treated by someone specially trained to deal with this complex condition, like a physician certified in sleep medicine or neurology. Sometimes treatments are combined and several are tried before the best results are achieved.

Though there's no cure for narcolepsy, medicines (which may include antidepressants and amphetamine-like stimulants), lifestyle changes and various other behavioral therapies can help to improve symptoms. Research is ongoing and scientists continue to uncover causes and create more effective treatments.