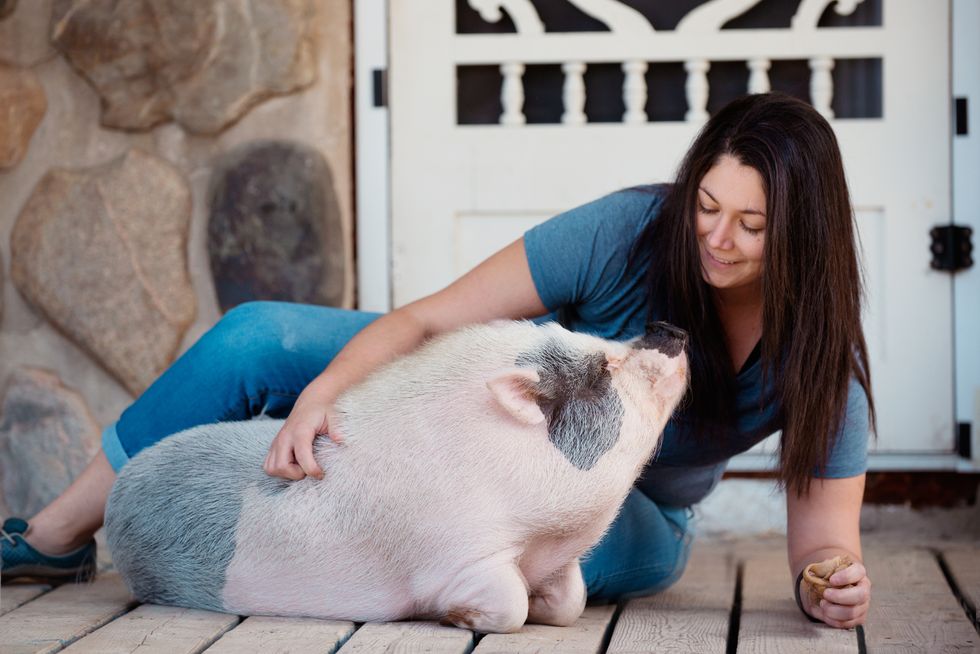 What's the Deal With Emotional-Support Animals?

Concern is mounting over people's asserted need for emotional support animals, as more seek accommodations for their pets and livestock.

MONDAY, Aug. 13, 2018 (HealthDay News) -- It's easy to roll your eyes at the latest news nugget about someone trying to take an "emotional support animal" onto a plane, even though it's too big or out of control.

But concern is mounting over people's asserted need for emotional support animals, as more seek accommodations for their pets and livestock in places not designed for bird or beast, said Phyllis Erdman, chair of the American Psychological Association's section on human-animal interaction.

"There's very little research to suggest that the presence of this animal really helps this person," she said.

On the other hand, the animals could cause harm and discomfort to bystanders, through bites and scratches, allergic reactions, or public defecation and urination.

Still, there's anecdotal evidence, experts say, that some of the animals provide comfort to some people.

Nevertheless, more and more people are taking emotional support animals into places not meant for pets.

"Our university in 2011 had two requests for emotional support animals. Last year, they had 90," Erdman said. "It's growing rapidly."

It's incredibly easy to have any critter classified as an emotional support animal, said Erdman, who led a symposium on the topic last week at the American Psychological Association's annual meeting, in San Francisco.

"The only thing they need is a letter from a health professional -- who could be a doctor, a counselor, a psychologist -- that says this person requires this animal" for a legitimate psychological condition, she explained.

Mood disorders like depression, anxiety and post-traumatic stress disorder are usually the reasons cited for assigning someone an emotional support animal, Erdman said.

The animals don't have to be certified or trained, and there are no federal restrictions on the species, size or weight of an animal in an emotional support role, she added.

"It can be anything from a snake to a very large animal," Erdman said. "A few years ago, we had a full-sized pig that was brought in as an emotional support animal into the second floor of a dorm. It caused damage to that dorm and, really, should a pig be left inside all day?"

Emotional support animals are allowed under federal housing law as a reasonable accommodation for a disabled person, she noted. The animals are viewed similarly to other aids -- such as a wheelchair -- that provide the person an equal opportunity to live independently.

"They are there basically to provide comfort and support to a person," Erdman said. "It's simply by their presence they provide support."

This contrasts with service animals, which must be trained to perform tasks for people with disabilities, she said. These are working animals certified to pull wheelchairs, lead the blind, detect low blood sugar in diabetics, or remind people with bipolar disorder to take their medication.

Some websites now act as letter mills for people who want their pet named as an emotional support animal, according to Erdman.

"You can go to the website, fill out a questionnaire, and then supposedly a licensed counselor or psychologist or psychiatrist reviews this application," she said. "They assign a diagnosis to the person and say that based on that diagnosis, they need that emotional support animal."

Elizabeth Ochoa, chief psychologist for Mount Sinai Beth Israel in New York City, agreed that there's "a lack of empirical research on the efficacy of reducing mental health distress and improving daily life functioning with the use of emotional support animals."

But, Ochoa added, anecdotal reports have shown that the animals can provide benefit to some people.

"For individuals diagnosed with depression, anxiety and trauma-related disorders specifically, emotional support animals have been described consistently as providing a readily available source of comfort when the owner experiences mood instability or disabling stress," she said.

To maintain the legitimacy of emotional support animals, Ochoa urges patients to know their animals well and consider how they will respond to other people in spaces that are usually off-limits to animals.

"Assess your true motive for requesting a letter from a medical professional to grant emotional support animal status to your pet," she said.

"If you want to avoid airline fees, for example, to transport an animal in a bag or crate, or just 'want to' keep your pet in your dorm room, then that is an abuse of the accommodation," Ochoa said. "Such abuses could jeopardize the privilege for people with true need to be accompanied by an emotional support animal."

Having emotional support status granted to your pet is a privilege and part of a psychiatric treatment plan, she concluded, and "it is not a social entitlement for all."