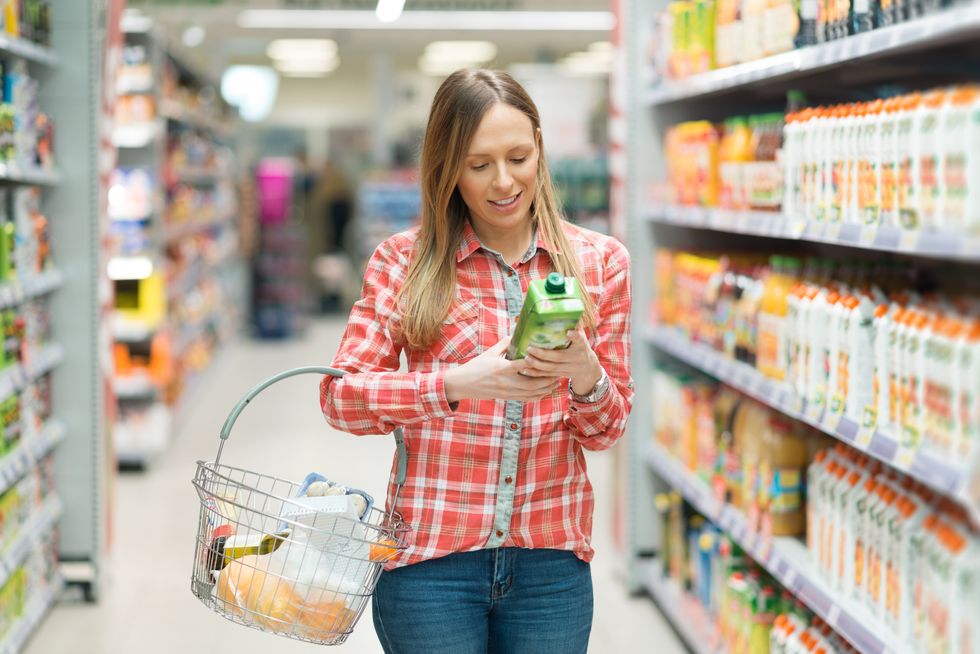 What You Need to Know About Food Expiration Dates

What You Need to Know About Food Expiration Dates

Those expiration dates you see on many foods have more to do with freshness and taste than safety. Trust your senses when deciding.

The other night when my husband I were cooking together, he asked me, when reading the ingredient list for a marinade for chicken breasts, "Do we have any Worcestershire sauce?"

It's a condiment I rarely use, not part of my usual stash of go-to ingredients like soy sauce, tahini, butter, olive oil, sesame oil, Dijon mustard and others.

I couldn't remember the last time I needed or used Worcestershire sauce except maybe to make Bloody Mary's. But I also couldn't recall making a Bloody Mary in recent history—I stopped drinking those eons ago when I became sensitive to sodium and had to watch my blood pressure.

I rooted around in our refrigerator. Finally, after a few minutes—aha!—I came upon a bottle. A bit sticky on the outside, I brought it to him, triumphantly. We could now complete our marinade for the chicken.

But all bets were off when he attempted to open it and couldn't. Time had sealed it shut. And since neither of us could remember when the last time we used Worcestershire sauce, we both thought it wise to check the expiration date.

Want to venture a guess?

Which means this bottle of a sauce we rarely used survived not one, but two house moves.

You can probably guess what happened next.

We dumped it, along with our plans to marinate the chicken. But I couldn't help feeling a nagging guilt and sense of waste, because the bottle was practically full.

Which brings me to this: Should you throw out food past its label date? Or if you eat it past that date, will you become ill?

A recent study found that most of us are of the former ilk, taking that date stamp far too literally. (It reminds me of those labels on mattresses that we never remove, because they warn: DO NOT REMOVE UNDER PENALTY OF LAW. You know what? You can clip them off. You won't get arrested, I promise.)

But getting back to food.

This study found that most Americans are under the (false) assumption that those "best by" and "sell by" dates are federally regulated and are there to warn us that the food is no longer safe to eat after those dates.

But they're not. The only required regulation is for infant formula. Here's what the Food Safety and Inspection Services says: "Manufacturers provide dating to help consumers and retailers decide when food is of best quality. Except for infant formula, dates are not an indicator of the product's safety and are not required by Federal law."

It's the food companies that make those decisions—voluntarily—to help us determine how fresh the food is. But about 84 percent of us are throwing away food needlessly, on occasion, when it's close to the package date, that same study found. That's a lot of wasted food. The U.S. Department of Agriculture estimates that about 30 percent of food is lost or wasted at the retail and consumer level.

So, what do these dates actually mean? Most importantly, they refer to quality and freshness—not safety.

"Best By" or "Best If Used By/Before" indicates when the food is at its peak flavor or quality.

"Sell By" indicates how long a store should sell or display the food, which is helpful for inventory purposes. "Use By" is the last recommended day the product can be consumed while at peak quality.

So, should I have proceeded with my Worcestershire sauce and used it for my marinade? Experts recommend using your senses. Meaning that if the product is stored safely, then look for obvious signs of spoilage, like a change in odor, flavor or texture. (Now I'm sorry I dumped the bottle. I should have opened it and examined further.)

Of course, if you have too much food (meat, poultry and bread, for instance) and you don't want it to go to waste, never underestimate the power of your freezer, where the food can retain its integrity. Freezing works by slowing down the movement of molecules so that the microbes go dormant, preventing the growth of harmful microorganisms.

Keep in mind that although food can usually stay safe indefinitely, its quality may change—as in things like "freezer burn," which looks anything-but-appetizing. That happens when air comes into contact with the surface of the food and can make it turn gray, brown and leathery. Although the aesthetic is unpleasing, the food is safe to eat, and those burned portions can be cut away before or after the food is cooked.

Same goes for color changes that can happen when food is frozen. For instance, meat, rather than remaining red, usually turns dark or pale brown. The bones of poultry (and the meat near those bones) can darken. Even the color of some frozen vegetables and cooked foods can be affected. But that is not a measure of safety. You can go ahead and eat those foods.

Some things I didn't know (but now I'm glad I do know) is that once you thaw food in the refrigerator, it's safe to refreeze it without cooking it (although this may change the quality of the food because of moisture lost in the thawing process).

Also, if you cook raw food that was previously frozen, it's safe to refreeze that cooked food. And if you thaw cooked food in the refrigerator and don't use it all, it's OK to refreeze the remainder.

For all of us who think we need to defrost frozen foods, like meat, poultry or casseroles, before putting them in the oven, here's some good news: You don't. Most can be cooked or reheated in their frozen state, but keep in mind they'll take about 50 percent longer to cook.

And finally, what about leftovers? Just because they're refrigerated doesn't mean they will last indefinitely. Bacteria can and will grow, and before too long you'll get a science experiment brewing in your refrigerator. What is "too long?" Try to consume them within three or four days. For leftovers, it's best to abide by the same rules you should with frozen food: freeze the food sooner rather than later, and eat your leftovers sooner than later, too.

Maybe I'll add Worcestershire sauce to my pantry staples going forward, because I now know it'll last a pretty long time. And as a bonus: I just found out it comes in a low-sodium variety.

But if I choose not to use it, I can always turn to these 50 other ideas for cooking chicken breasts from Eating Well magazine. (If you freeze chicken, here are some safe defrosting methods, compliments of the USDA.)