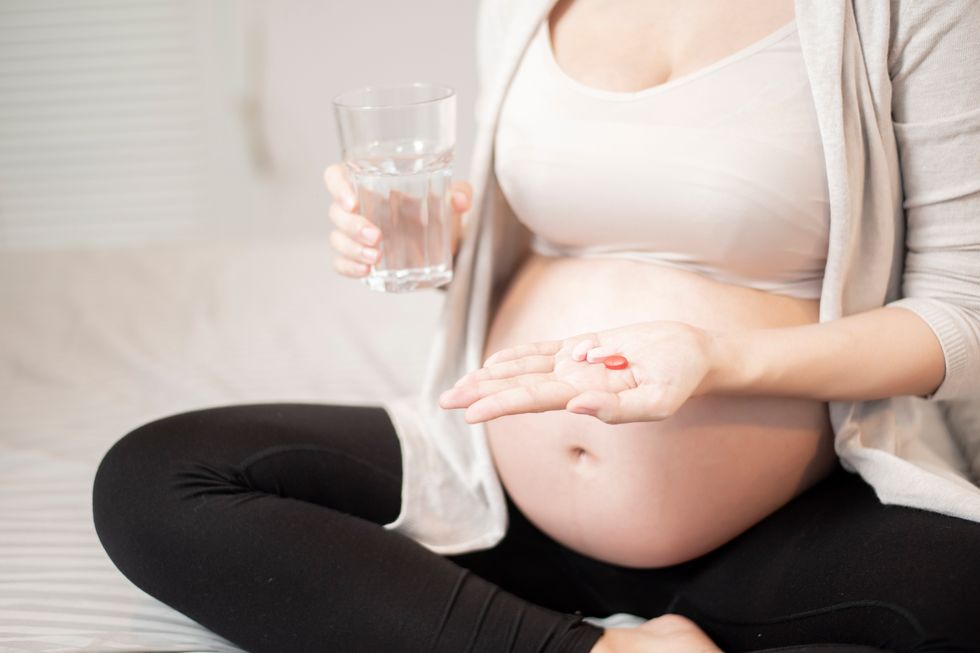 What You Need to Know About Acetaminophen Use During Pregnancy

What You Need to Know About Acetaminophen Use During Pregnancy

What the latest research says about the connection between acetaminophen and ADHD and autism.

Two-thirds of American women take acetaminophen for pregnancy's aches and pains. But the medication might not be as harmless as previously thought.

Research published in October online in JAMA Psychiatry shows that women who took acetaminophen (Tylenol) at the end of their pregnancies were much more likely to have a child with attention-deficit/hyperactivity disorder (ADHD) or autism spectrum disorder (ASD). After testing blood from the mother and the umbilical cord soon after birth, the odds of these developmental disorders were more than twice as high in children exposed to acetaminophen near the time of birth. The association was strongest between exposure to acetaminophen and ADHD in the child.

Researchers analyzed data from the Boston Birth Cohort, a long-term study of factors influencing pregnancy and child development. They collected umbilical cord blood from 996 births and measured the amount of acetaminophen and two of its byproducts in each sample. Participants' average age was 10 and slightly more than half were boys. When the children were an average of 8.9 years, 25.8 percent had been diagnosed with ADHD only, 6.6 percent with ASD only and 4.2 percent with ADHD and ASD. Just over 30 percent had another developmental disability. Almost 33 percent had no developmental concerns.

Researchers classified the amount of acetaminophen and its byproducts in the samples into thirds, from lowest to highest. Compared to the lowest third, the middle third of exposure was associated with about 2.26 times the risk for ADHD. The highest third of exposure was associated with 2.86 times the risk. Similarly, ASD risk was higher for those in the middle third (2.14 times) and highest third (3.62 times).

Authors found that their results support earlier studies linking acetaminophen exposure in the womb with ADHD and ASD. While the study found an association between an expectant mother's use of acetaminophen and the development of ADHD and possibly autism in her child, it can't prove a definitive cause-and-effect link.

Don't panic if you've taken acetaminophen during pregnancy. "I wouldn't worry if you've already taken acetaminophen purely based on the results of this study," says Rashmi Kudesia, MD, M.Sc., a reproductive endocrinologist and infertility specialist who practices at CCRM Fertility Houston in Houston and is Assistant Clinical Professor of Obstetrics & Gynecology at Houston Methodist Hospital. She is on the HealthyWomen's Women's Health Advisory Council. "This study only looked at umbilical cord blood, reflective of the time right around delivery. What, if anything, that means for earlier acetaminophen use, is unknown."

Talk about medication use with your doctor. If you've already taken acetaminophen, don't worry. "As for this study, since the genetics and environmental etiologies of autism and ADHD remain poorly understood, I would advise caution in linking Tylenol to causation or increased fetal risk," says Dr. DaCarla M. Albright, MD, Associate Professor of Clinical Obstetrics and Gynecology at the University of Pennsylvania School of Medicine and an Assistant Dean for Diversity and Inclusion, with a focus on Wellness, at the Perelman School of Medicine at the Univeristy of Pennsylvania in Philadelphia. She is on the HealthyWomen's Women's Health Advisory Council. "We have more to learn."

Most doctors have a 'safe-during-pregnancy' list of medications they'll provide early in pregnancy, Dr. Kudesia says. "Even with this study, acetaminophen remains among the safest drugs for pain during pregnancy," she says. NSAIDs like ibuprofen aren't recommended, and neither are narcotics. If your pain is chronic, develop a long-term pain management plan ahead of time to avoid or reduce repetitive use of acetaminophen. "This latter recommendation is one I've always made, and it's unchanged by the findings of the current study," she says. For certain conditions, like migraines, there may be specialized prescription medications that work best. "But out of over-the-counter options, acetaminophen remains the best alternative," she says.

If you get a fever during pregnancy, talk with your obstetrician before medicating; it may be a sign of pregnancy complications and may need further evaluation. Tylenol is your safest medication for fever management, says Dr. Albright. Non-medication alternatives, like ice packs or warm compresses (don't apply heat directly to your abdomen in pregnancy), or alternative approaches such as massage or acupuncture, depending on the type of pain you're experiencing. "Discuss the desire to take any medication in pregnancy with your physician," she says. "It allows your physician the opportunity to appropriately triage the condition and make the best recommendations for you."

The study was funded by the National Institutes of Health and the Agency for Health Care Research and Quality. The study was conducted by Xiaobing Wang, M.D., of the Johns Hopkins University Bloomberg School of Public Health, Baltimore, and colleagues.