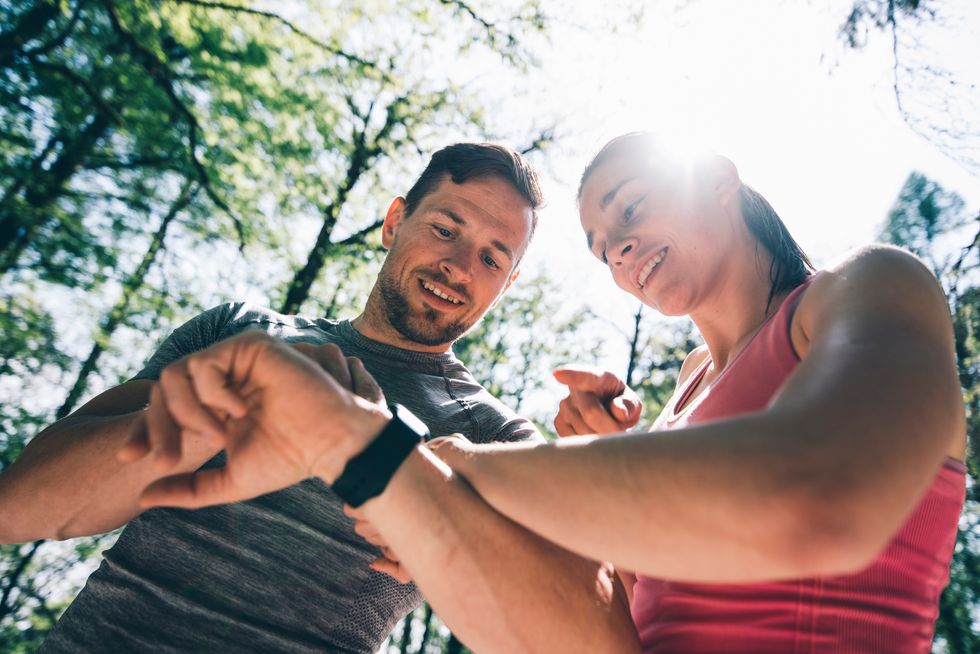 Wearable sensors to track things such as heart rate, activity and skin temperature may help you track your health and warn of impending illness, a new study suggests.

THURSDAY, Jan. 12, 2017 (HealthDay News)—Wearable sensors to track things such as heart rate, activity and skin temperature may help you keep track of your health and warn you of impending illness, a new study suggests.

The idea is to determine baseline medical information about the participants. "We want to study people at an individual level," study senior author Michael Snyder, chair of genetics at Stanford University School of Medicine in California, said in a university news release.

The participants in the study didn't need to wear specially designed sensors. Instead, they wore as few as one—or as many as seven—activity monitors that are commercially available.

The monitors grabbed more than 250,000 measurements a day, including: weight; heart rate; oxygen in the blood; skin temperature; activity, such as sleep and steps (walking, biking and running); calories expended; acceleration; and exposure to gamma rays and X-rays.

"I was very impressed with all the data that was collected," said Dr. Eric Topol, a professor of genomics at the Scripps Research Institute in La Jolla, Calif. Topol wasn't involved in the study.

"There's a lot here—a lot of sensors and a lot of different data on each person," he noted.

The researchers said the study shows that it's possible to determine a baseline of various health traits. If there's a baseline, there's also insight into when people are deviating from the norm, they explained.

Researchers can figure out when that happens and determine if deviations are connected with certain conditions, environments or other factors. Then they can use that information for treatment and diagnosis, the study authors said.

The devices provided helpful insight to Snyder himself. He was wearing seven biosensors during a flight to Norway for vacation when he noticed that his heart rate and blood-oxygen levels were abnormal. They didn't return to normal while in-flight, and he went on to develop a fever.

Snyder worried that he'd been bitten by a tick during an earlier visit to Massachusetts and had developed Lyme disease. He visited a doctor in Norway, and it turned out his suspicion was correct. The doctor gave him appropriate medication.

Topol added, "The fact that you can pick up infections by monitoring before they happen is very provocative."

Another possibility: The devices could pick up signs of insulin resistance, an early warning indicator of type 2 diabetes. The study authors created an algorithm that used various bits of data, such as heart rate variability, from sensors to predict insulin resistance in users.

Topol said, "The desaturation of oxygen in flight was not something I anticipated. Whenever you walk up and down the aisle of a plane, everyone is sleeping, and I guess there may be another reason for that besides that they partied too hard the night before. That was really interesting, and I thought it was great that the authors did that."

What's next? According to Snyder, human health could be monitored by sensors every minute of the day. "We have more sensors on our cars than we have on human beings," he said, but he expects the situation will reverse.

The study was published online Dec. 12 in the journal PLOS Biology.