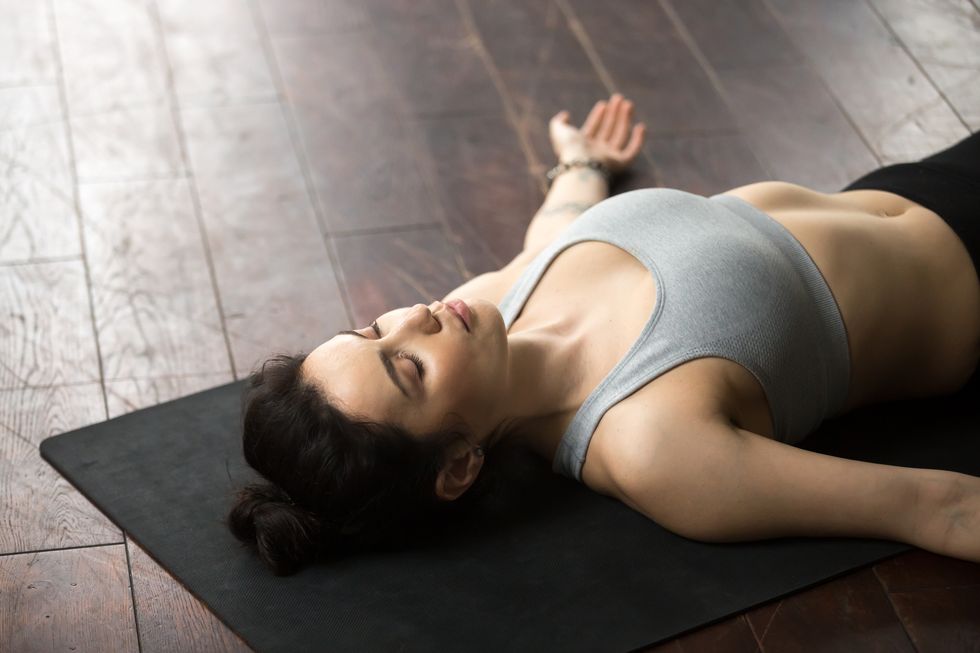 Try These Alternatives to Kegel Exercises

There's more to strengthening your pelvic floor muscles than just Kegels. Try these pelvic floor exercises to help prevent urinary incontinence and contribute to your sexual health and pleasure.

There is a group of muscles that helps prepare the body for pregnancy, contributes to sexual health and pleasure and ensures a woman's physical well-being throughout her life.

Yet chances are not even the fittest among us "work" these muscles regularly.

However, it may be that building up the pelvic floor, like building up bone strength, should start as early in a woman's life as possible.

"We teach young women about sexual health, but we don't educate ourselves about the muscles involved in pregnancy and childbirth," says Missy Lavender, who founded the Women's Health Foundation in Chicago in 2004 to do just that, after developing exercise-induced incontinence following the birth of two children two years apart. "I ended up requiring surgery for a full pelvic restoration in my 40s because my muscles had become so lax," says Lavender. "I was in top shape before I got pregnant. I was an avid runner, lifted weights, worked out regularly, but not a single instructor or doctor had ever mentioned the pelvic floor."

"The sling of muscles that connects the pubic and tail bones—called the pelvic floor—not only holds a woman's sexual organs in place but helps prevent urinary incontinence and plays a role in virtually every move a woman makes," says Sheila Dugan, M.D., of Rush Medical College in Chicago. This muscle group, called the levator ani, helps support the movements of the spine and legs as a woman walks, runs or jumps.

"The pelvic floor is equally important during childbirth as it is in training for a marathon," Dr. Dugan said. These "trampoline-like" muscles work in concert with the core muscles of the trunk to help hold up the body during strenuous activity, including carrying around the weight of a developing baby during pregnancy. At childbirth, they stretch from their pre-pregnancy teacup size to the circumference of the baby's head. But surprisingly, Dr. Dugan noted, pelvic floor exercises are overlooked in the vast majority of fitness programs.

While many women are familiar with Kegel exercises, which involve "holding in" an imaginary urine flow, there's a lot more that can be done to prevent laxity in this muscle group, helping to prevent exercise- and stress-induced incontinence that often develops after childbirth, even in young, fit women. A strong pelvic floor can also contribute to continuing sexual pleasure at every age, suggests a study published in the journal Obstetrics and Gynecology in 2008.

While some muscle groups seem to garner cult status, such as the transverse abdominals and the obliques, the all-important levators are hardly ever mentioned, even in exercise regimens that feature movements that can actually work this muscle area, such as the muscle co-contractions done in Pilates and yoga.

It's never too early—or too late—to start toning the pelvic floor muscles. Dr. Dugan suggests the following four exercises that can (and ideally should) be done daily to help keep these muscles in shape.

Breathe
Practice deep breathing, pulling your diaphragm muscles inward and letting the pelvic floor muscles "drop away" from the body. Try to spend at least five minutes breathing this way each day. (Bonus: It's a great stress-reliever.)

Stretch
Lie on your back with the bottoms of your feet together and knees dropped to each side, relaxing both the groin and pelvic floor muscles. Hold for five minutes. If the stretch feels too intense, place a small pillow under each knee.

Tighten
Lie on your back, legs out straight, and try to smoothly draw your lower belly muscles in for a count of five, then slowly release. Repeat 10 times. "Try to do this move several times a day if time permits," Dr. Dugan urges.

Lift
Lie on your back and lift the pelvic muscles (but not the pelvis) in and up for a count of five, then slowly lower for a count of five. This is similar to a Kegel move, mimicking the action taken when stopping urine mid-stream, but is not recommended while urinating.