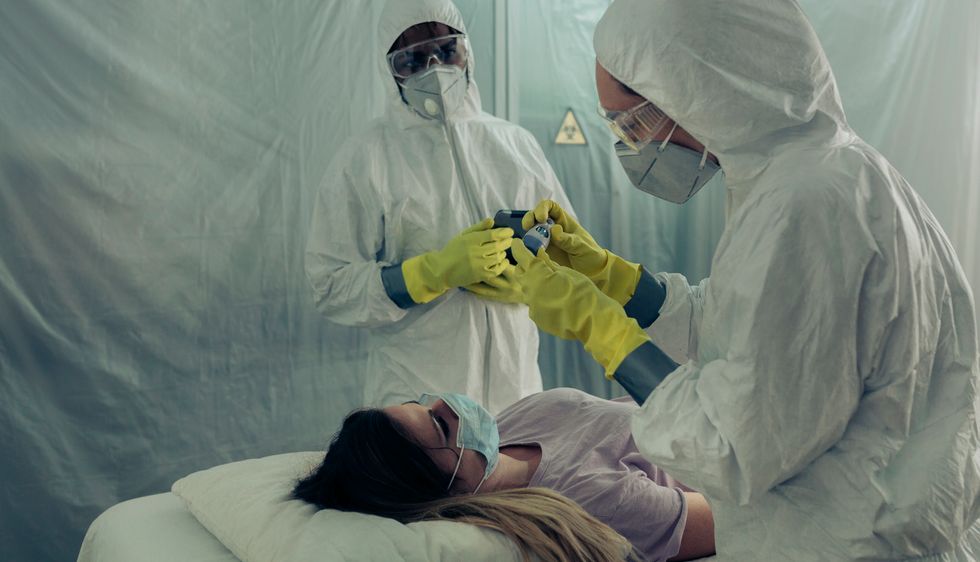 The number of health care workers who have tested positive for the coronavirus is likely far higher than the reported tally of 9,200, and U.S. officials say they have no comprehensive way to count those who lose their lives trying to save others.

The number of health care workers who have tested positive for the coronavirus is likely far higher than the reported tally of 9,200, and U.S. officials say they have no comprehensive way to count those who lose their lives trying to save others.

The Centers for Disease Control and Prevention released the infection tally Tuesday and said 27 health worker deaths have been recorded, based on a small number of test-result reports.

Officials stressed that the count was drawn from just 16% of the nation's COVID-19 cases, so the true numbers of health care infections and deaths are certainly far higher.

CDC officials said data provided by the states most closely tracking the occupations of people with the virus suggests that health care workers account for about 11% of COVID-19 infections.

"We wanted to spotlight health care providers because they are the national heroes now caring for others with this disease at a time of great uncertainty," said Dr. Anne Schuchat, principal deputy director of the CDC. "We know their institutions are trying to provide material to help them work safely, but already thousands have been infected."

Media reports and Twitter posts have shown case after case of workers saying they do not have adequate protective gear to keep from getting sick. In a recent "60 Minutes" report, a front-line nurse from New York City said she was given a Yankees rain poncho in lieu of official attire.

The data on worker deaths so far has come from "case report" forms that labs send to the CDC, which may be forwarded before a patient's course of care is completed. Of more than 310,000 forms the CDC analyzed for the report, only about 4,400 included an answer to the questions of whether a health care worker was treated and whether the person survived.

Among those reports, 27 were listed as deceased. Schuchat said the CDC is conducting a 14-state hospital study and tapping into other infection surveillance methods and reviewing media reports to document additional deaths. She said challenges remain, such as tallying cases of people in New York City who die at home and relying on overburdened health staff to relay data.

"In some facilities, the person who is supposed to do the reporting is caring for patients and is overwhelmed," Schuchat said.

Kaiser Health News and The Guardian have launched a project called "Lost on the Frontline" to document the lives of health care workers who die during the pandemic. They include hospital janitors, substance abuse counselors, doctors and nurses.

Some states, including Ohio, have reported rates of health care worker illness as high as 20% but have not revealed data at the county, city or hospital levels. One health system, Henry Ford in the Detroit area, reported that more than 700 employees tested positive for COVID-19. Yet they have declined to say how many workers died, as in Ohio, to protect patient privacy.

The CDC data released Tuesday showed that 73% of the health workers falling ill are female and their median age is 42.

That so many are getting sick is alarming to Christopher Friese, a nurse who continues to see patients and is director of the University of Michigan's Center for Improving Patient and Population Health. He said it's also concerning that the names of those who die are so hard to come by.

"It's an insult that we can't even honor or respect these colleagues in a respectful way," he said. "We have nurses in Manhattan in garbage bags and goggles, and we have no way to track our fallen clinicians. We cannot even grieve properly: We can't even honor them because we may not even know who we've lost."

Research during the pandemic has shown that mothers infected with Covid-19 during pregnancy are twice as likely to require ICU care for their newborns, or to lose their children shortly after birth

Covid Is Killing Rural Americans at Twice the Rate of Urbanites

Who Qualifies for a Covid Booster? The List Is Growing Longer