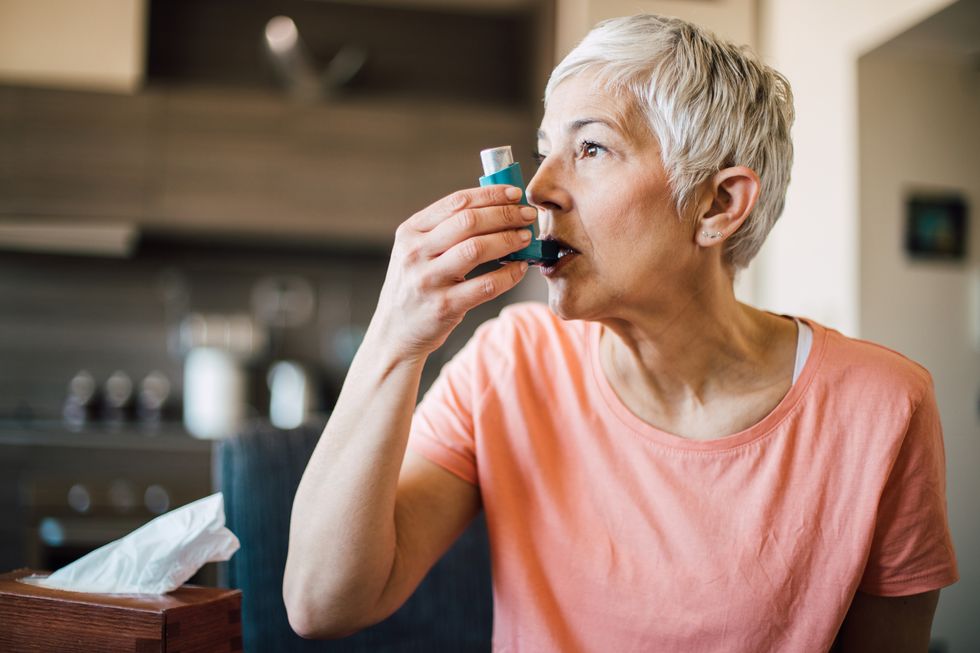 A new 3-in-1 asthma drug inhaler may provide better and easier control of symptoms for tough-to-treat patients.

The two phase 3 trials involved more than 2,500 asthma patients across 17 countries. Patients tested out an inhaler that contained three drugs: A steroid preventer to control inflammation; a long-acting bronchodilator to keep airways open; and a drug called glycopyrronium to help boost airflow.

The researchers found that putting the three drugs in a single inhaler was more effective in preventing moderate-to-severe asthma attacks than standard therapy with two medicines.

"Given the reduction we saw in the annual rate of severe asthma attacks, we expect it will provide an attractive [treatment] option," study co-author Sandrine Corre, from the Italian drugmaker Chiesi Farmaceutici, said in a news release from the journal The Lancet.

The two trials of the three-drug inhaler were funded by Chiesi Farmaceutici, with results published in the journal on Sept. 30. The results were also presented this week at the annual meeting of the European Respiratory Society in Madrid, Spain.

As one U.S. expert explained, simpler is always better when it comes to asthma care.

"The more complicated the inhalational regimen or any regimen, the less likely a patient will comply with the therapy," said Dr. Theodore Maniatis, who wasn't involved in the new trials.

"Once-a-day therapy is usually fairly easy to handle," said Maniatis, who is medical director at Staten Island University Hospital, in New York City. "The quest always has been to get as many drugs into an inhalational drug as possible so that the number of treatments or inhalations per day is minimized."

In fact, "the patients in our studies had been using preventer inhalers combining two medicines, but they weren't working as effectively as they do for most asthma sufferers," he said in the journal news release.

So, the two new trials sought to test out the effectiveness of the three-drug inhaler. The same combination of three drugs was tested out in both trials; only the dosages of the drugs used were different.

In the two trials, which ran from 2016 to 2018, patients were selected to try two different strengths of the therapy -- either in a single, three-drug inhaler or via medications given in different inhalers.

In both trials, lung function -- as measured by a standard breathing test -- improved for patients using the triple-drug inhaler versus those using a two-drug inhaler, the investigators found.

The combo inhaler also showed some effectiveness in preventing asthma attacks. In one trial, moderate and severe attacks were reduced by 15%, while the other trial found no statistically significant difference.

Virchow admitted that the benefit in preventing attacks appears "moderate," but he added that "even incremental improvements can be valuable when there are few treatment options left available."

For his part, Maniatis said the advent of a three-drug asthma inhaler has been a long-sought goal.

"For years, studies have been trying to find the right proportion of these three airway treatments," he explained. "There is a maximum dose of each of these drugs beyond which it does not pay to give more."

The encouraging results of the trials could be good news for patients, Maniatis added.

"The simpler a medication regimen is, more likely someone is to follow it, and hence the logic behind trying to put these three therapies in one inhalational device," he said.

Dr. Len Horovitz is a pulmonary specialist at Lenox Hill Hospital in New York City. Reviewing the new findings, he stressed that some patients might not be able to "tolerate" all three drugs.

"Nevertheless, the reduction in asthma exacerbation in the study is impressive, and may be something pulmonologists can explore with the right patient group," he said.