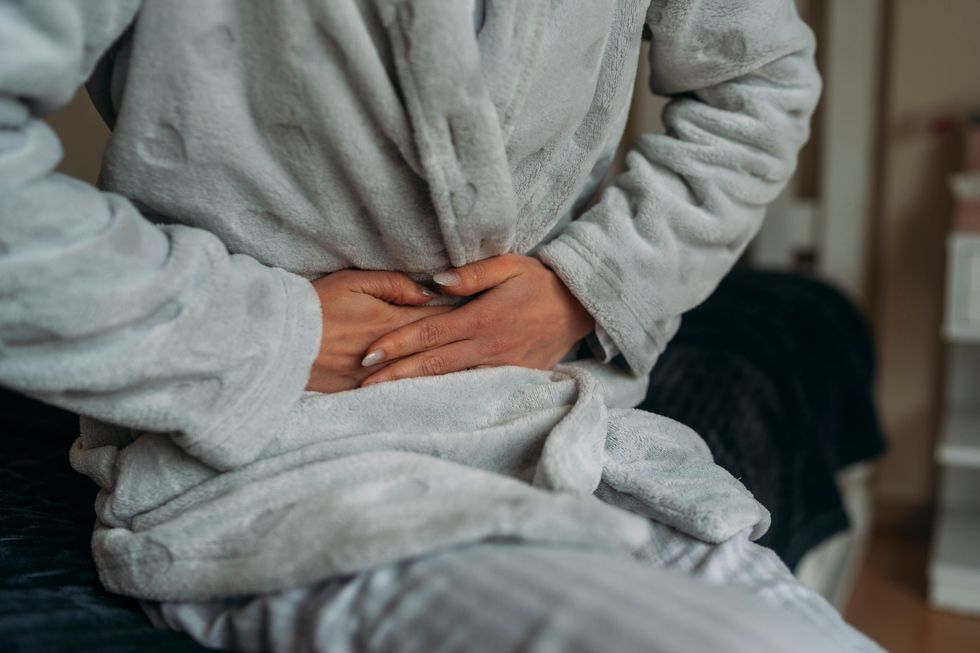 There Is No Test for Ovarian Cancer

Despite clean pap smears, Annie developed ovarian cancer. Read about her journey and what she hopes every woman will learn from her story.

Women have to tune into their own bodies to catch the subtle signs of this disease.

I am a highly organized person. At work, they even call me "Plannie." I don't miss deadlines and I don't skip my annual gynecological exams. I have a decade's worth of health data summarized in a spreadsheet and stored in the cloud (because you never know when you'll want to check a fasting glucose or HDL from 2009!) Yet none of this helped me spot the signs that I was developing ovarian cancer.

There is NO test for ovarian cancer. This is the number one thing I want all women to understand. Having a Princess Diana-sized wedding train of clean pap smears doesn't matter. In fact, I'd just gotten a clean pap smear in late May of 2018. Less than three weeks later, I was celebrating my 45th birthday. I was doing a gratitude entry in my journal. Along with all the things that were going well in my life, the first sign of something being really wrong could not have been more clear.

Bloating is the main symptom women can actually feel as ovarian cancer is developing. I was starting to see subtle but meaningful changes in the way I looked in the mirror and in photos, but my response each time was that I just needed to lose weight. Thinking about it later, I didn't typically gain weight in the area above my belly button and below my rib cage. And even as my clothes were getting tighter, the scale wasn't really changing. Something wasn't adding up. But instead of tuning into my body, I was letting my inner critic rule the airwaves.

There were other more acute symptoms too. Like my menstrual cycle that October. I recall it vividly because friends were visiting and we were on a tour of historic Mt. Vernon outside of Washington, DC. Old-fashioned rocking chairs line the back veranda of the house overlooking the Potomac. It's quite nice to sit for a bit at the end of the tour. When I joined my friends, I had to sit down in the rocking chair very gingerly and carefully. In almost 30 years of having my period, there was no menstrual cramp that had ever presented itself in such a way that making physical contact with a chair hurt my bottom. But this is how I felt. Changes in GI function, bowel habits, or any kind of persistent internal discomfort are worth checking out.

I was also tired. Very very tired. I was coming off the heels of throwing a successful inaugural conference for my job. Event planning is always stressful, so I told myself that was the cause of my low energy. But it takes just a few days, maybe a restful weekend, for the body to recover from a lack of sleep. It had been at least two months where I was finding myself falling asleep regularly during early evening TV, struggling to get up in the morning, and just generally feeling run down. But instead of seeing this as a warning sign, I was sure that if I just adjusted my schedule, doubled-down on exercise, and generally worked harder I'd get the lift I needed.

Bloating, cramping and being tired. That could literally describe most women I know at some point in any given month. The key words are "at some point in a given month." I was experiencing persistent changes that were lasting for weeks, even months. If my body were a car, I would recognize that it was showing signs of needing an appointment with the mechanic even if I was outside of my normal maintenance routine.

Women's bodies are surely a lot more complicated than a car. No two are exactly the same and they don't come with owner's manuals. It's imperative that you're aware of what your "normal" is so that you can quickly identify meaningful changes and patterns. Don't defer the maintenance on yourself. I'm now limiting "Plannie's" tendency to be future-orientated to personal creativity and professional goals. I'm keeping a much sharper eye on how "Annie" is doing right now in the present moment!

Preventing and Coping with Gynecologic Cancer