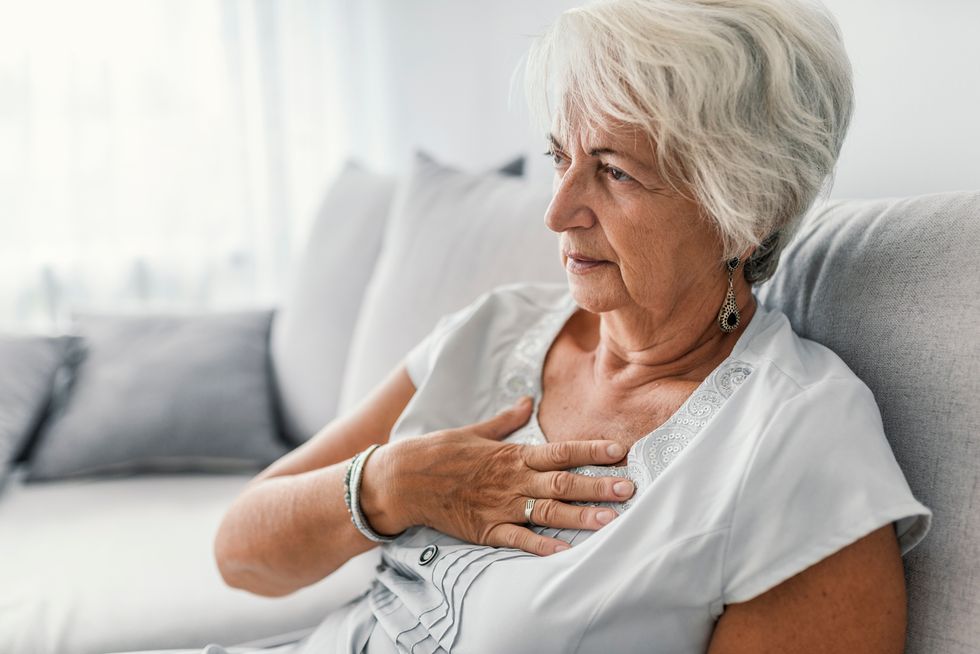 What to Know About Taking Prilosec or Other Potent Acid Blockers

Taking Prilosec or Other Potent Acid Blocker? Who Should Reconsider and How to Stop

Potent acid blockers (called proton pump inhibitors) work well to block stomach acid, but generally they're intended to treat short episodes of heartburn or reflux. There are risks to long-term use.

Potent acid blockers (called proton pump inhibitors or PPIs) are the second most commonly prescribed medications in the world. No surprise. They work incredibly well to block stomach acid and are best used to treat short episodes of heartburn or reflux. But for anyone taking them longer than the recommended two to eight weeks, read on.

What are the commonly used PPIs? Brand and generic names such as Prevacid (lansoprazole), Prilosec (omeprazole), Protonix (pantoprazole) and Nexium (esomeprazole) may be familiar to you. You see many of them filling the shelves of drugstores in the antacid section. Yes, they are available with a prescription and over-the-counter.

But don't be fooled. Just because potent acid blockers are available over-the-counter doesn't mean they are safe to take for months or years.

Up to one-third of older adults are taking them. Many of them probably do not need them and shouldn't be taking them. The long-term risks of taking PPIs may be greater than many people think. No matter your age, if you really don't need to take them, don't.

Learn more: Are Your Medications Doing What They Are Supposed to Do?

Many older adults don't know or remember why or when the PPI medication was started. Maybe it was for an ulcer that has long ago healed or because they were in the hospital or maybe for a bad bout of heartburn months or years ago. Maybe it was started to prevent stomach irritation while they were taking an NSAID (ibuprofen or naproxen) to treat arthritis or low back pain, even though the NSAID has long been stopped.

A good friend called me about her mother recently. Her 95-year-old mother gets confused at times and has an aide to help her 24/7. My friend has heard my stories about older adults and the risks of taking many medications. She was worried and asked me to look at her mother's medications—11 in all.

Like many older adults, she is taking a PPI—omeprazole (Prilosec). I asked why her mother was taking it. She thought perhaps her mother started taking it while she was in the hospital last year for heart failure.

This is a common story. I saw it used again and again for patients in the nursing homes I supervised. Almost every person was discharged with a PPI prescription following their hospitalization. The doctors treating them in the nursing home usually didn't know why the PPI was started, but they almost always refused to stop it when I suggested they consider it.

Patients are commonly given additional medications, often high-risk ones, following their discharge from the hospital.

The STOPP recommendations were referring to older adults, not to people with certain serious conditions that may need a PPI for much longer.

There are people with special conditions  who should not stop their PPI unless advised to do so by their clinician. If any of these conditions apply to you, stopping or lowering the dose of your PPI may not be a good idea:

If you have one of the above conditions you may not be able to stop your PPI, but you can ask about taking the lowest dose possible. In the circumstances listed above, the benefit of taking a PPI long-term is usually greater than any risk.

PPIs stop the production of stomach acid and work best if you take them before a meal. They are only recommended for short term use unless you have one of the conditions listed above.

With short-term use, they are very safe. But they can cause side effects and drug interactions if you are on multiple medications. So, even though they are available over-the-counter, check with your health care professional to be sure they are safe for you.

Side effects of PPIs are infrequent and can occur at any time. They include headache, flatulence, diarrhea, nausea, abdominal pain and vomiting.

Although I am in favor of patients having access to less costly and safe over-the-counter medications, I worry that PPIs can be overused by people who are not aware of the potential risks of taking them long-term. I also worry that someone who is taking an over-the-counter PPI beyond the recommended two weeks could have a more serious condition that is being masked by the acid-blocking of the PPI.

The U.S. Food and Drug Administration advises that PPIs purchased over the counter are only intended to be taken for two weeks.

Can blocking stomach acid have bad effects? Stomach acid is important for our health and digestion. It helps vitamins and nutrients get absorbed and serves as the first line of defense against bacteria and other organisms. Stomach acids also help with the absorption of many medications (iron, digoxin, ampicillin and some drugs for viral or fungal infections, for example).

Although long-term risks of taking these drugs are relatively uncommon, they do occur. And since millions of people worldwide take these medications daily, even a small percentage of people developing a serious problem is a big number. This is especially true in the elderly, who are more susceptible to their bad effects.

Taking a PPI for a long time, especially in older adults, has been linked to:

Although we don't understand exactly how each of these conditions are related to the long-term use of PPIs, more research is being done to help us find out.

TIP: For anyone who needs to take PPIs long term, the FDA recommends getting a blood magnesium level before starting treatment.

PPIs also interact with a number of other commonly used medications. For example, omeprazole (Prilosec) can make the blood-thinning medication, clopidogrel (Plavix), less effective. Anyone taking a number of medications needs to have a clinician or pharmacist do a periodic medication checkup to be sure there are no problems.

If you have been taking PPIs for a long time and don't have any of the serious conditions mentioned above, talk to your health care professional about the best way to get off the medication.

That means either stopping altogether and taking only as needed (called "on demand") or reducing the dose.

It can be challenging to get off a PPI if you have taken if for a long time. Although there is no serious danger in stopping it cold, most clinicians prefer gradually lowering the dose before stopping.

What makes getting off PPIs difficult?

If you have been taking PPIs for a while, your stomach is probably used to their acid blocking effect. When you stop suddenly, you can have a sort of rebound of stomach acid returning in full force, causing worsening of heartburn or other uncomfortable symptoms for a couple of weeks.

Remember, this is temporary and your symptoms can be managed. To minimize your chance of getting symptoms, lowly lower the dose of your PPI over four weeks or more before stopping.

When you have stopped taking the medication, you can treat the occasional return of symptoms such as heartburn with milder over-the-counter acid blockers such as Zantac (ranitidine), Pepcid (famotidine) or antacids such as Tums or Rolaids. Taking an over-the-counter or prescription PPI only as needed—called the "on-demand" approach—is another good idea.

Sometimes it can be hard to tell if the sudden return of your symptoms is due to this rebound of acid or the return of the condition you were originally treating.

I have occasional heartburn when I eat or drink (alcohol) late at night. Although I try to avoid late-night eating, I have learned that when I do, taking a Pepcid Complete works for me. Pepcid Complete contains both the acid blocker famotidine and the antacid calcium carbonate. It works great for me to prevent the annoying middle-of-the-night attack.

There is a lot of great information and research findings on how to taper off and stop your PPI at the Canadian deprescribing website. This approach is based on research and consensus among expert physicians and is a great resource. Many experts in the U.S. are referring to their work and guidelines as well.

Canadian deprescribing network recommends three approaches that are equally effective in preventing symptoms from coming back when you stop your PPI:

Both "on-demand" therapy with a PPI and changing to a milder acid blocker such as ranitidine (Zantac) increase the risk of symptoms coming back more than just lowering the dose of the PPI.

When you select the best option for you, make sure you discuss this with your health care professional or pharmacist.

On-demand PPI use, according to expert Canadian guidelines, means the PPI medication, once stopped, is started again only if symptoms come back. If symptoms do come back, it is usually best to continue the medication for up to two weeks to be sure the episode is treated.

Hopefully, you have changed your lifestyle enough to avoid heartburn from returning if that is why you were put on it. But you may want to ask your physician for a prescription or advice about over-the-counter PPIs for "on-demand" use just in case.

Many seniors are taking these medications without any serious reason for them. They can usually lower the dose and then stop the PPI after discussing it with their health care professional.

For older patients like my friend's mother, stopping the PPI means one less drug to cause problems. Her mother stopped the PPI without lowering the dose and did just fine. In fact, older adults tend to have fewer difficulties stopping their PPI abruptly than younger adults.

A great rule to follow is that whenever a symptom arises in an older adult on multiple medications, always consider medication as the culprit.

The bottom line message is this:

When you need a PPI, you should take the lowest dose for the shortest amount of time possible.

Have you checked your parent or loved one's medications recently? Are they taking a PPI? Do you know why? Do you know someone who has tried to stop taking PPIs? What happened?

Marie Savard, MD, is a trusted voice on women's health, wellness and patient empowerment. She currently writes a blog called Ask Dr. Marie, where this column first appeared. Her blog focuses on the challenges of medication overload in older adults and what caregivers can do to help. Dr. Savard is a former ABC News Medical Contributor and author of four books including her most recent, Ask Dr Marie: What Women Must Know about Hormones, Libido, and the Medical Problems No One Talks About. She lives in Philadelphia with her physician husband and has three grown sons.

Fast Facts: What You Need to Know About Antimicrobial Resistance (AMR)