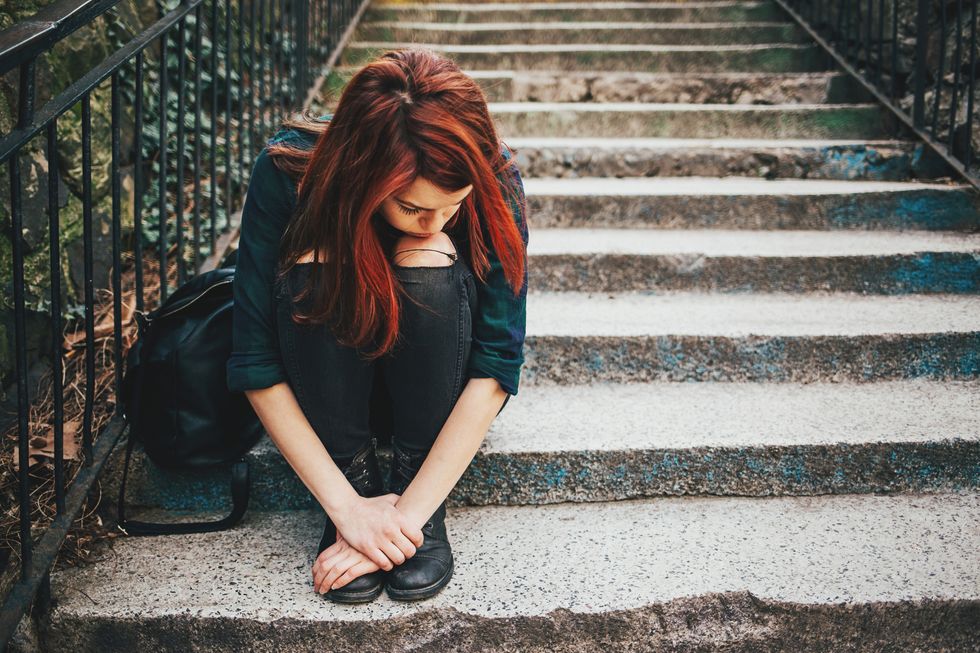 Substance Abuse in the Teen Years

Teens are more likely than any other age group to take risks. As parents, the more informed we are about these risks, the better able we will be to address them.

When kids reach their teenage years, of course we want to encourage them to push out of their comfort zones by trying new activities, adventures, or sports. Going away to camp or to school in a different place can be exciting for teens, and these kinds of risks pay off. Teens make new friends, develop new talents, expand their interests and boost their self-confidence.

Some risk-taking behaviors, however, can be risky in the negative sense of the term. Drinking alcohol, smoking, using drugs, driving too fast or using a weapon, have all negative results. Unfortunately, these kinds of behaviors seem to be common among teens. According to the CDC's Youth Behavior Risk survey, about 29 percent of high school students report having ever tried smoking. (Good news is, this is down from 50 percent in 2007 and 70 percent in 1997). The same survey reported that about 15.5 percent of teenagers report having consumed alcohol before the age of 13. In addition, 16.2 percent reported carrying a weapon sometime in the 30 days leading up to the survey; 7.8 percent reported driving while under the influence of alcohol; and 20 percent reported riding with someone who was driving under the influence. These numbers say it all: teens are more likely than any other age group to take risks. As parents, the more informed we are about these risks, the better able we will be to address them with our teens and ultimately, to keep our teens safe.

Sidebar: How to Tell if Your Teen is Addicted to Smoking

If you suspect your teen may be addicted to smoking, give her this list of questions:

You have no intention of becoming a "smoker"; it's just for fun, right? Well, you'd be surprised at how an addiction to nicotine, the ingredient in cigarettes that gives a stimulating effect, can creep up on you. Ask yourself these questions:

If you answered yes to any of these questions, you are may already be addicted to nicotine. Talk to your parents and/or a health care professional about strategies for quitting. But whether you're addicted or not, you should try to quit. There are multiple health problems associated with regular tobacco use including stained yellow teeth and bad breath, breathing difficulties and the increased risk of developing lung cancer. There are dozens of online programs designed especially for teens who want to quit.

To find more information about smoking and how to stop smoking, contact:

As part of their tendencies toward risk taking behaviors, some teenagers try drugs or alcohol, and some end up abusing these substances.

One of the most frequently abused substances by teenagers is alcohol. Many people first try alcohol during their teenage years. The CDC reports that 60.4 percent of teenagers report having tried alcohol. Alcohol is associated with all the leading causes of death among teenagers, including traffic accidents, homicides and suicides, and may be a factor in unprotected sex resulting in unplanned pregnancies, STDs and AIDS. In addition, many young people die from alcohol poisoning. The CDC’s 2017 Youth Risk Behavior Survey found that among high school students, in the past 30 days:

Binge drinking (consumption of five or more drinks for a male or four or more drinks for a female on a single occasion within the past two weeks) is a particularly prevalent problem on our college campuses. According to the National Institute on Alcohol Abuse and Alcoholism, a national survey revealed that nearly 60 percent of college students aged 18-22 drank alcohol in the last month, and almost two out of three of them engaged in binge drinking in the same timeframe.

According to a national survey, almost 60 percent of college students ages 18–22 drank alcohol in the past month,1 and almost 2 out of 3 of them engaged in binge drinking during that same timeframe. Binge drinking has serious consequences. About 1,825 college students between the ages of 18 and 24 die from alcohol-related unintentional injuries, including motor-vehicle crashes.

Although it is illegal to drink under age 21, many teens do it anyway, and some do so in excess. The following are warning signs of a problem with alcohol:

Alcoholics Anonymous (AA) and other agencies offer support groups nationwide designed especially for teens with drinking problems. At AA, help from peers with similar problems is available on a confidential, free basis. If you suspect your teenager may have a problem with alcohol, look in the phone book under Alcoholics Anonymous for chapters in your area or visit the organization on the Web at www.aa.org. You can also talk to a health care professional confidentially about accessing professional mental health services to deal with your teen’s drinking problem.

Below is a list of critical signs of alcohol poisoning. If you notice any of the following symptoms in a teen after he or she has consumed alcohol, get help immediately:

What to do if you suspect that someone may have ingested a fatal dose of alcohol:

According to the National Institute on Drug Abuse, here are some signs your teen may be abusing drugs:

No matter how good your teen’s intentions may be, she may at some time find herself in a situation where she needs the support of her parents or a trusted adult. Therefore, it's important to open the doors of communication between you and your teen before she ever finds herself in a dangerous situation. Together with your teen, come up with a "no-questions-asked" or a "free-ride" policy, meaning, if she finds herself in a difficult situation, she can call you to get a free ride with no questions asked until the next day. That way, you can trust your teen to to use her best judgment in strange and difficult situations, and she can be comfortable knowing that if she makes a mistake, she won't be ridiculed by her parents for it.

The process of putting down thoughts on paper can clarify expectations on both sides. An organization called Students Against Destructive Decisions (SADD; Web site is www.sadd.org) promotes its Contract For Life for just this purpose. You can use this as the basis of your own agreement. (See under Resources, "Contract For Life—A Foundation for Trust and Caring," a contract for teens and their parents to sign.)

Sidebar: Students Against Destructive Decisions (SADD) Contract for Life: A Foundation for Trust and Caring

Young Person: I recognize there are many potentially destructive decisions I face every day and commit to you that I will do everything in my power to avoid making decisions that will jeopardize my health, my safety and overall well being, or your trust in me. I understand the dangers associated with the use of alcohol and drugs and the destructive behaviors often associated with impairment. By signing below, I pledge my best effort to remain alcohol- and drug-free, I agree I will never drive under the influence, or accept a ride from someone who is impaired, and I will always wear a seatbelt. Finally, I agree to call you if I am ever in a situation that threatens my safety and to communicate with you regularly about issues of importance to us both.

Parent (or Caring Adult): I am committed to you, and to your health and safety. By signing below, I pledge to do everything in my power to understand and communicate with you about the many difficult and potentially destructive decisions you face. Further, I agree to provide for you safe, sober transportation home if you are ever in a situation that threatens your safety and to defer discussion about that situation until a time when we can both discuss the issues in a calm and caring manner. I also pledge to you that I will not drive under the influence of alcohol or drugs, I will always seek safe, sober transportation home, and I will always remember to wear a seat belt.