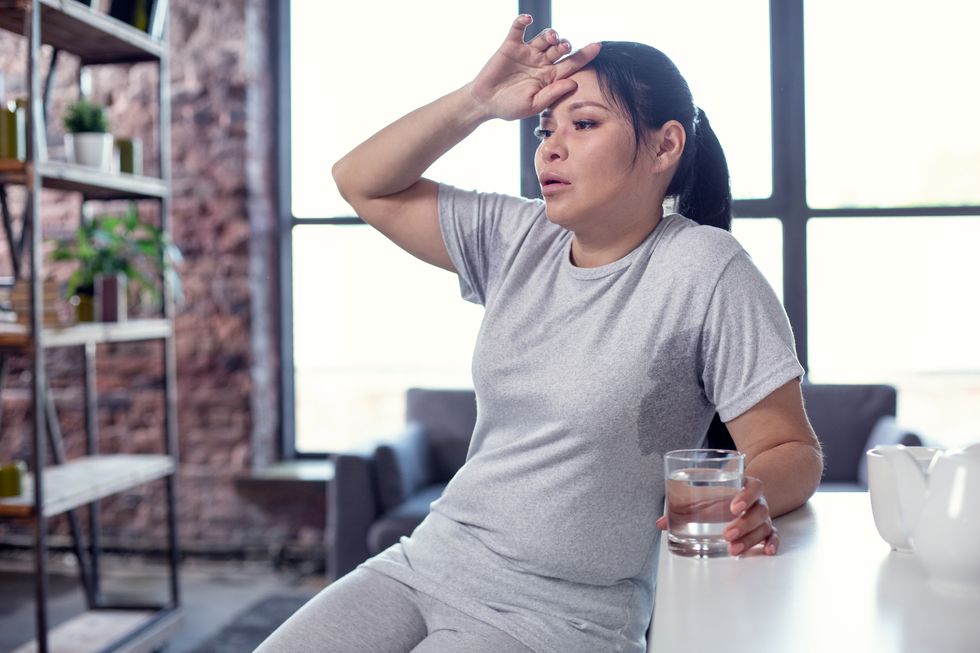 A new study shows an increased risk of death from heart attack and stroke in the first year after stopping hormone therapy for women under age 60.

Once again the yin/yang of hormone therapy (HT) is in the crosshairs. On the one hand, estrogen is the only truly effective treatment for vasomotor symptoms (hot flashes) during menopause. Estrogen also helps ease vaginal dryness, night sweats and sleeplessness. It protects against osteoporosis and lowers the risk of heart disease.

On the other hand, if you have breast cancer, estrogen may promote the growth of the cancer cells. Oral estrogen may increase the risk of stroke (although transdermal estrogen therapy doesn't pose this risk).

This risk/benefit ledger has been totted and rejiggered for years as research adds to one column and subtracts from another. Overall, and with a few caveats, the level of risk inherent in HT is fairly low for the benefits conferred. Recently, however, a second iteration of a large Finnish "observational" study points to a new risk.

The study, which examined death records mandated by the government of Finland of over 300,000 women, found that postmenopausal women under age 60 who stopped HT were at statistically significant risk of death from heart attack and stroke in the first year after they stopped treatment. This elevated risk of cardiovascular death wasn't found in women over age 60. And after the first year, these risks return to normal levels.

"This new study suggests that younger women may have a higher risk of heart disease and stroke during the first year of discontinuation," says Dr. JoAnn Pinkerton, executive director of the North American Menopause Society (NAMS). "Thus, women and their health care providers need to consider the benefits and risks of starting and stopping hormone therapy before making any decision."

Sobering, but let's get some perspective. While the study's results were fairly well-accepted, the data leaves some important questions unanswered: Because the data were drawn from government medical records, researchers weren't able to determine whether women stopped HT abruptly or tapered off; they also couldn't determine what dosages the women were taking or how the estrogen was delivered (pill or patch), which are areas that could affect outcomes and that need more study.

While a direct cause-and-effect relationship can't be conclusively drawn in this kind of study, research suggests that the withdrawal of hormone treatment may jump-start certain processes, such as a creating an inflammatory reaction or causing a constriction of blood vessels.

Whether to begin hormone therapy, how long to continue it, and when to stop is a risk/benefit analysis that involves many factors unique to you: the severity of your symptoms, your quality of life considerations, age, whether you've had a hysterectomy, and other risk factors, such as osteoporosis, breast cancer, and stroke, in addition to your own preferences.

NAMS still recommends HT as an effective treatment for hot flashes and other unpleasantries of menopause, but it also recommends that estrogen be prescribed at the lowest effective dose for the shortest possible time. HT is safer and more effective when it is begun under age 60 and within 10 years of menopause.

What this new research adds to the decision-making equation is the potentially elevated risk when HT is stopped before age 60, essentially adding yet another element to the already loaded risk/benefit equation concerning hormone therapy. While this information adds urgency to the need for a thorough discussion with your doctor before starting or stopping hormone therapy, it doesn't really change the necessity of having one. Nor does it affect the need to revisit the decision annually while you're on HT.