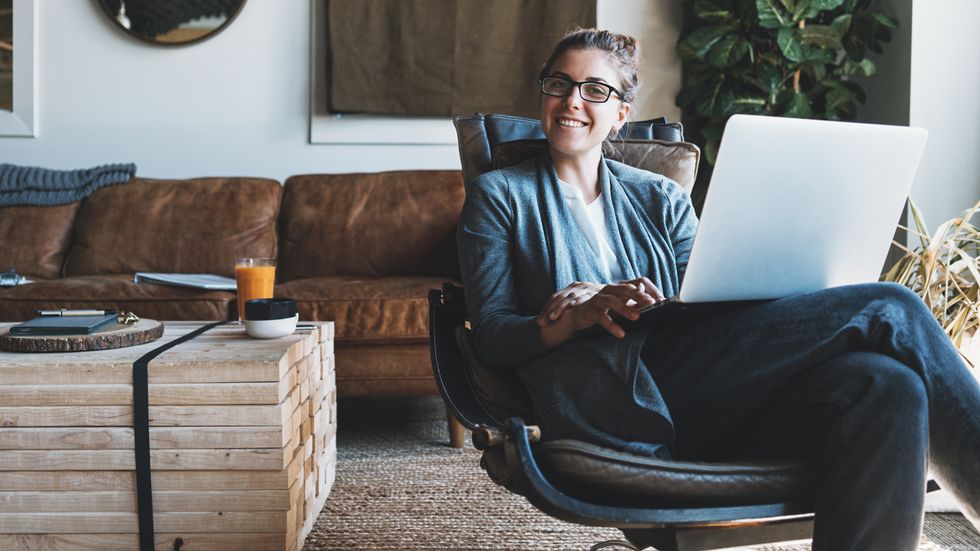 Stressed at Work? An Open Office Plan Might Help

A new study suggests that open workspaces without partitions between desks encourage employees to be more active and help curb stress.

READ: How to Manage Common Causes of Stress

A new study suggests that open workspaces without partitions between desks encourage employees to be more active and help curb stress.

"We are becoming an increasingly sedentary workforce, and anything that we can do, even passively, to nudge physical activity up will have enormous benefits," said lead researcher Casey Lindberg.

"There is not a one-size-fits-all design solution here, as office cultures, job types and individuals differ widely," he added.

Lindberg is a research associate with the University of Arizona Institute on Place and Wellbeing in Tucson.

He and his colleagues tracked physical activity and stress levels of 231 government employees, all of whom were described as healthy. Some worked in an open office, with either low partitions between desks or none at all. Others worked in offices outfitted with high-walled cubicles or in fully walled-off spaces.

The researchers noted that office workers are at risk for low levels of physical activity and related health problems, and workplace-related illnesses cost the U.S. economy $225 billion a year.

But just how does an open office get people moving?

"The difference in activity at the office may be in part due to an increased awareness of others when in an open workstation setting," Lindberg said.

That may prompt workers to move around in search of privacy when engaging with others in person or by phone.

For three days and two nights, participants in the study wore devices to monitor their heart and overall activity. They also completed hourly surveys to track mood swings on the job. A longer survey at the end gauged overall stress levels.

After adjusting for a range of factors -- including age, gender and obesity -- researchers observed that overall, men were more active at the office than women, and younger and leaner workers were less stressed on the job than their older, heavier peers.

On average, though, those working in open settings were found to be significantly more active and less stressed out on the job than those in less open work environments.

That said, Lindberg noted that while an open office layout appears to be associated with better mental health, the study does not prove cause and effect. Other office design features -- such as access to stairwells or informal meeting spaces -- might also affect worker stress, Lindberg said.

Still, he and his team hope that their findings lead to "a new conversation about the pros and cons of different aspects of office design on health outcomes."

Dr. Joe Verghese, chief of the Divisions of Cognitive and Motor Aging at Albert Einstein College of Medicine in New York City, reviewed the findings.

"It makes sense that workplace environments, where people spend a major part of their weekdays, may influence stress levels," he said.

"A caveat is that there are a number of other factors -- including the type of work, workflow, education, cultural and gender differences, and personality types -- that might also influence stress levels," Verghese added.

But the possible link between office structures and stress "should spur further research into optimal office designs," he said.

The study appears in the current online edition of Occupational and Environmental Medicine.

Job Burnout Symptoms: Are You Working Too Hard?

6 Surprising Ways Your Boss Can Support Your Health and Wellness

How Flexible Work Schedules Can Make You #HealthiHer

How to Stand More at Work