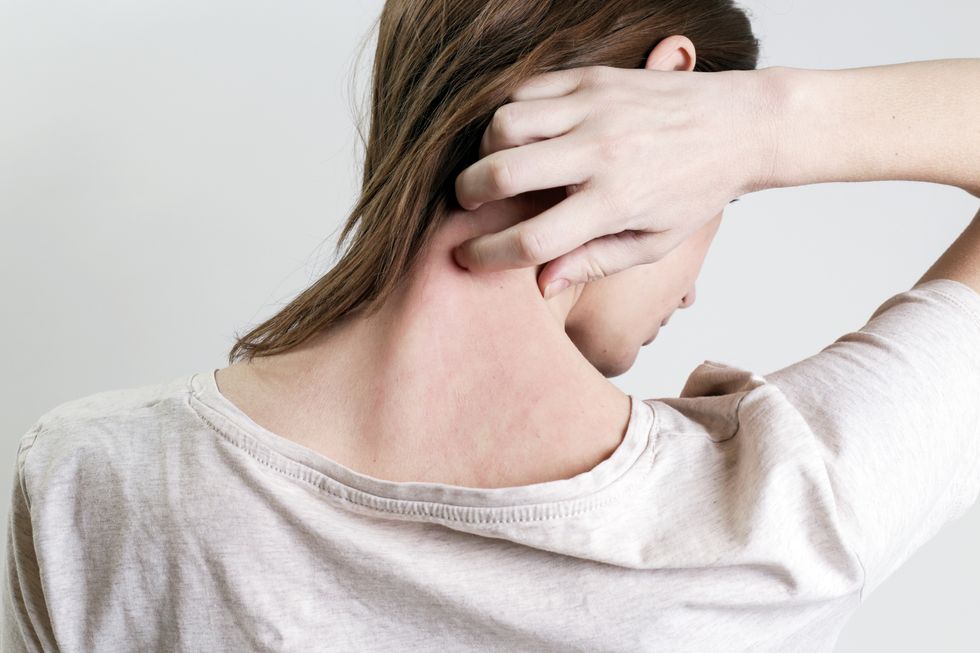 The Stigma of Psoriasis

Though psoriasis is not contagious, many Americans shun people with the skin condition.

THURSDAY, Sept. 6, 2018 (HealthDay News) -- Though psoriasis is not contagious, many Americans shun people with the skin condition, new research indicates.

The study included a cross-section of about 400 Americans who viewed images of people with visible psoriasis. Large numbers wrongly thought psoriasis was contagious or only affects the skin, and about one-third said they wouldn't want to invite people with the condition into their homes.

"People with psoriasis feel they can't go to a public pool, go to a salon to get their hair done, or are worried about going on vacation with their families," said study senior author Dr. Joel Gelfand, who called the burden on psoriasis patients "tremendous."

"This tells us how much work we need to do as a society to make sure people have good health literacy, and understand what these skin conditions are about and treat people with respect," he said. Gelfand is a professor of dermatology and epidemiology at the University of Pennsylvania's Perelman School of Medicine, in Philadelphia.

In moderate-to-severe cases, psoriasis increases the risk of other health conditions related to inflammation, including heart attack and stroke. While the condition can be treated, there is no cure.

The survey participants' reactions underscore the stigma and misconceptions associated with the disorder, the researchers said.

About one-third of respondents thought psoriasis only affects the skin, and more than a quarter said psoriasis isn't a serious disease, the findings showed.

"The trainees are going to become health care professionals who are not expressing as negative views as someone without as much medical knowledge or background," said Pearl, an assistant professor of psychology at Perelman School of Medicine.

Dr. Richard Fried is a dermatologist in private practice in Yardley, Pa., and wasn't involved in the new research.

Though he said the study was small, he called the findings "enormously important" and said they were consistent with what he sees in clinical practice.

"I think it takes our breath away a little bit in terms of how truly burdened psoriasis sufferers are," he said.

"Psoriasis can be enormously capricious and can steal joy and involvement from people's lives, but it's often unrecognized," said Fried, who is also a member of the medical board at the National Psoriasis Foundation. "The data from this study are enormously important."

The study authors said better education about the disease and contact with people who have it could help dispel myths and ease the stigma.

Pearl said it might help if TV commercials for psoriasis medications -- which are common -- showed patients' actual psoriasis lesions. This could educate the public about what psoriasis looks like to reduce misinformation, she said.

"Could we test what would happen if we had commercials or educational campaigns of people with psoriasis shown with their lesions but still engaging in normal activities like playing outside with their kids?" she asked. "Just showing them as normal people -- could those portrayals reduce stigma?"

The study was published online recently in the Journal of the American Academy of Dermatology.