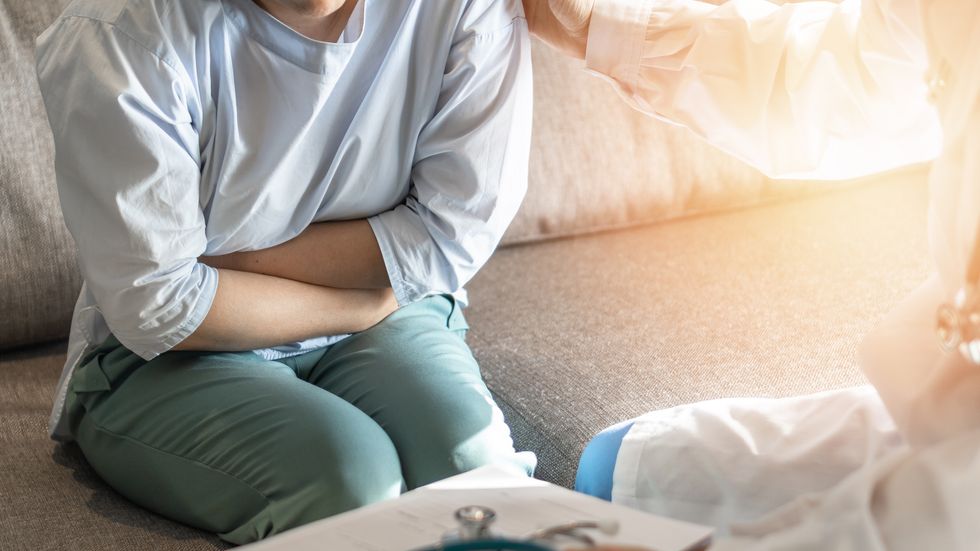 If someone is hospitalized for a painful gallbladder attack, new research suggests that surgery probably shouldn't wait.

Doctors may typically hold off on operating until gallbladder inflammation has gone down and antibiotics have started working on an infection. But the study found that waiting more than 72 hours for surgery led to a higher rate of complications and longer hospital stays.

"These findings suggest that if you can do the surgery early, the results may be better," said study senior author, Dr. Stanley Trooskin, chief of surgical services at Robert Wood Johnson University Hospital in New Brunswick, N.J.

The gallbladder is a small organ near the liver that stores bile, a substance used in digestion, especially digestion of fatty foods. Gallstones -- hard, pebble-like pieces -- can form in your gallbladder, according to the U.S. National Institute of Diabetes and Digestive and Kidney Diseases (NIDDK). Gallstones can be as tiny as a grain of sand or as big as a golf ball.

Gallstones are very common. They affect up to 15% of the U.S. population, the NIDDK says.

People can often have gallstones and not realize it. But, sometimes, gallstones block the ducts that release bile. This can cause a gallbladder attack -- sudden pain in your upper right abdomen. Sometimes your symptoms will go away. But they may come back, and they may come back repeatedly.

Gallstones that keep coming back can lead to complications, such as gallbladder inflammation or infection. Gallstones can also damage the gallbladder, bile ducts or liver, according to the NIDDK.

Surgery to remove the gallbladder is the most common treatment. The gallbladder isn't an essential organ, like your heart or liver. That means you can live without it, and removing it stops gallstones from forming.

There are two types of surgery -- open and minimally invasive (also called laparoscopic). Minimally invasive gallbladder surgery is often done on an outpatient basis. Recovery takes about a week, the NIDDK says.

Open surgery is more complex, and involves a much larger incision. You may need to stay in the hospital up to a week. Recovery can take as long as a month from this procedure.

Dr. Bruce Molinelli, director of the acute care surgery program at Northern Westchester Hospital in Mount Kisco, N.Y., said when open surgery was the only alternative, there wasn't as much concern about when to do surgery. But, now that minimally invasive surgery is preferred, it's more of an issue because if the gallbladder becomes more inflamed or infected, the surgeon may end up having to do an open surgery.

On the other hand, he said, if you wait and the gallbladder inflammation subsides and the antibiotics are treating any infection, surgery might be even easier.

"A number of big studies have been back and forth on the question of early surgery versus late surgery," Molinelli said.

He said Trooskin's study supports what he's seen in practice. "Gallbladder surgery isn't an emergency surgery, but it's probably better to do surgery sooner rather than later."

The study team adjusted the data to account for factors such as age, body size, and whether or not someone had diabetes.

The study also found that blood clots in the legs and lungs, and bloodstream infections (sepsis) were more likely in the delayed surgical group. The odds of being readmitted to the hospital within 30 days of surgery were also higher for the delayed surgery group.

The findings were to be presented Thursday at the American College of Surgeons annual meeting, in San Francisco. Findings presented at meetings should be viewed as preliminary until they've been published in a peer-reviewed journal.

What you need to know about keeping your gut and vaginal microbiomes in balance.

Coronavirus is challenging for everyone right now, but there is an extra level of challenge for those who are immunocompromised like Natalie. Read her story.

How to Sleep Well With IBD

Can Stress Cause Diarrhea?

Could Red Wine Boost Your Microbiome?

Could You Have a Sensitive Gut?