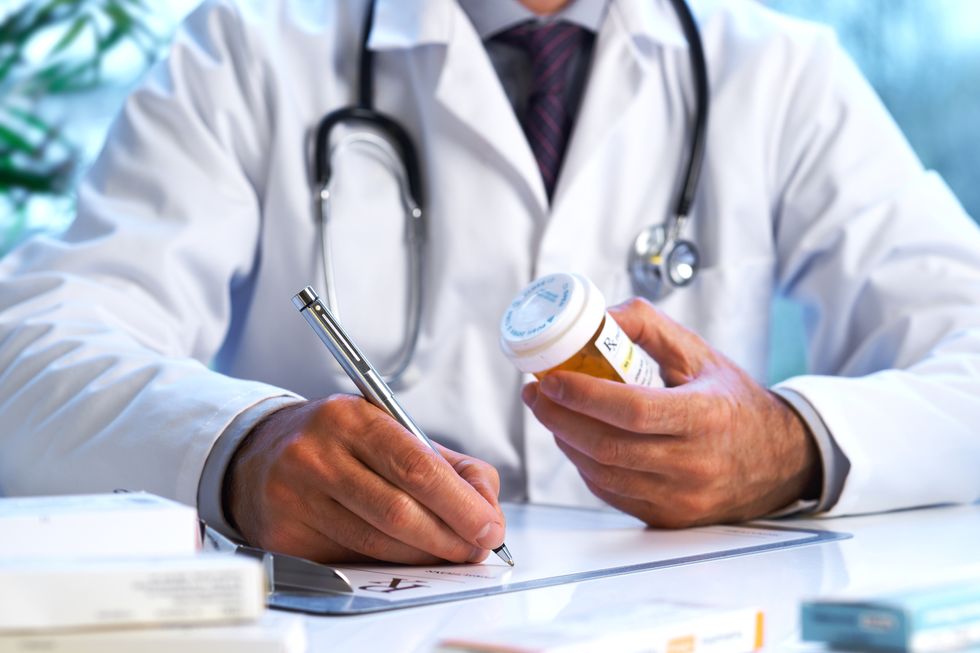 You may be more likely to wind up a long-term user of opioid painkillers if you're treated by a doctor who frequently prescribes those drugs, a new study reports.

WEDNESDAY, Feb. 15, 2017 (HealthDay News)—You may be more likely to wind up a long-term user of opioid painkillers if you're treated by a doctor who frequently prescribes those drugs, a new study reports.

Emergency room patients are at greater risk for long-term opioid use even after a single prescription from an ER doctor who regularly prescribes the painkillers, researchers found.

"If a patient happened to see a high opioid-prescribing doctor, their chance of getting an opioid is over three times higher," said study author Dr. Michael Barnett. He's an assistant professor of health policy and management at the Harvard T. H. Chan School of Public Health in Boston.

"Patients who are treated by frequent prescribers also are 30 percent more likely to develop long-term use over the next year," Barnett continued.

One out of every 48 people newly prescribed an opioid will become a long-term user, based on the researchers' analysis.

The results show there's a real need for better guidelines regarding the use of opioid painkillers such as morphine, oxycodone (OxyContin), codeine and fentanyl, Barnett said.

"We don't really have metrics we can agree upon that quantify appropriate versus inappropriate prescribing," Barnett said.

"In the end, doctors are just using their own judgment and making things up as they go along in terms of how and when to prescribe opioid medications," he said.

Drug overdose deaths have quadrupled since 1999. More than six out of 10 overdose deaths involve opioid drugs, according to the U.S. Centers for Disease Control and Prevention. Ninety-one people die every day in America from prescription opioids or heroin, the agency says.

Prescriptions for opioids have nearly quadrupled since 1999 even though there's been no overall change in Americans' reported pain levels, according to the CDC.

For the study, Barnett and his colleagues reviewed Medicare emergency room visits. This provided a natural experimental setting, Barnett said. Patients don't choose the ER doctor who treats them, and come in with a wide variety of health problems.

The researchers reviewed medical records for more than 375,000 Medicare beneficiaries treated by more than 14,000 ER doctors between 2008 and 2011. The doctors were sorted based on how often patients left the hospital with an opioid prescription.

The study found a wide range of variation between doctors. The top quarter gave opioids to 24 percent of patients, compared with just 7 percent by doctors at the low end of the spectrum.

Follow-up evaluation showed that people treated by the most frequent prescribers were 30 percent more likely to become long-term opioid users. Long-term usage was defined as receiving at least six months' worth of pills during the year following the initial ER visit.

The study wasn't intended to single out ER doctors as a source of the opioid epidemic, Barnett said, noting that most opioid prescriptions are written by primary care physicians.

But many patients choose ER treatment because they are in pain, said Dr. Mark Rosenberg. He's chairman of emergency medicine for St. Joseph's Healthcare System, in Paterson, N.J.

"That is a big reason why people come, and in fact it is a differentiator as to why people come to the emergency department rather than primary care," Rosenberg said.

Acknowledging this, ER doctors have taken steps to limit the number of opioid pills they prescribe to patients. As much as a 9 percent reduction in prescriptions has occurred across emergency medicine, Rosenberg said.

However, any opioid prescription handed out by an ER doc can put a patient on the path to long-term use once another physician takes over their care, Rosenberg continued.

Follow-up physicians tend to continue whatever was first prescribed in the ER, Rosenberg said, whether it was oxycodone or ibuprofen.

"Somebody comes into the emergency department with a fractured wrist," Rosenberg said as an example. "I'll reduce the fracture, I'll put them in a splint, I'll refer them to orthopedics, and I'll give them 10 pills to hold them over. The orthopedist then gives them 90 pills."

Dr. Richard Rosenthal, medical director of the Mount Sinai Behavioral Health System in New York City, agreed that "the real problem is with the handoff."

"Clearly the ER is not the only source of the problem," Rosenthal said. "The data suggest that more scrutiny and purpose of thinking needs to go into the decision process of continuing opioid treatment."

One step might involve tracking prescribing patterns and sharing them with doctors, to see how they compare with their colleagues, Barnett said.

"When you give physicians information about how they do something compared to their peers, it often can bring doctors closer toward a uniform best practice," he said.

The study was published Feb. 15 in the New England Journal of Medicine.