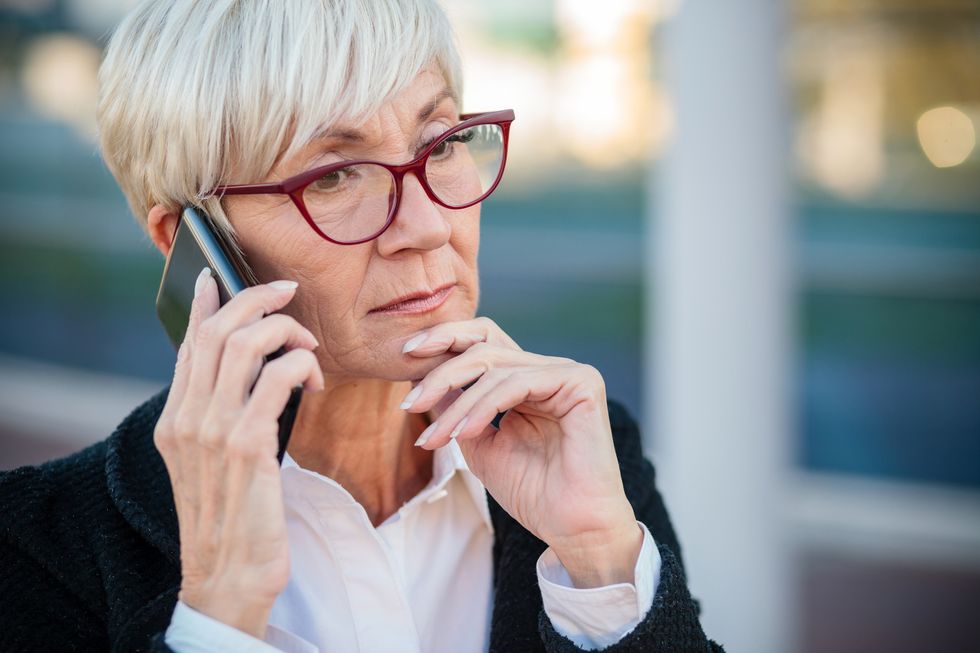 So, This Is Why We Can't Let Go of Our Cell Phones

So, This Is Why We Can't Let Go of Our Cell Phones

The stress of cell phones keeps us in a constant state of elevated cortisol, which isn't good for our health—but makes it hard to put them down.

I've been reading a lot lately about how harmful our phones can be to our health. And these articles aren't referring to the long-debated concerns about radiofrequency radiation and cancer risk.

No, this time they're suggesting a different animal. There's an increasing body of evidence that suggests the time spent on our smartphones interferes with everything from sleep to self-esteem.

And some suggest that putting down your phone may just help you live longer.

We all have a phone. And we all want to live longer. The problem is, we can't all put down our phones.

Lately, every time I look at my phone I get near-palpitations. My inbox has crossed the (gulp) 10,000 mark. Crazy, I know. How did that happen??? I delete whenever I can, but the pace of my inbox outpaces my finger's ability.

I feel like that frustrated contestant on Jeopardy who knows the answer but is unable to ring in.

It's funny. I never thought I had an addictive personality, but there are two things that put me in that category: my iPhone and slot machines.

If they sound desperate, they're not. Turns out that they both work on the same reward system in our brains.

One of the main players is cortisol, the body's chief stress hormone. The constant (almost helpless) "need" to use our phones, check our phones, respond to our phones is mighty stressful—which in turn, makes cortisol surge.

Cortisol is that infamous "fight or flight" hormone, the one that is released when we perceive danger and/or threats. It prepares your body to react to those threats, all in the name of survival. (Picture the feeling you get when you're out walking and suddenly a snarling, angry-looking foaming-at-the-mouth dog begins to chase you and nip at your heels. That's a big surge of cortisol.)

So, what's the problem? Cortisol is pretty powerful: it increases sugars (glucose) in our bloodstream and alters immune system responses. It also suppresses our digestive and reproductive system and growth processes.

Once the perceived threat is over, our hormone levels even out. But, if we are constantly feeling under attack, the levels stay elevated.

The solution may seem obvious: Step away from your phone.

But the reality makes it difficult. As we all know, it's so tough to break that addiction. That's because there's another substance at play: dopamine, the brain chemical that, when triggered, causes habits and addictions, like picking up your phone and checking it constantly (and that infamous one, getting hooked on slot machines—ah, hence the connection). That jittery feeling you get whenever you are near your phone and merely think about checking it? It's real. That twitchy feeling that overcomes you if you—heaven forbid—leave your cell phone home (or worse yet, misplace or lose it)? It is real body chemicals at work.

Just think how free and unencumbered we could feel without the pressure of our phones—which, by some estimates, we look at 221 times each day and touch over 2,000 times each day.

Read: The Tech Time Bomb: Will We Forget How to Talk and Listen?

If this makes me sound old, so be it: I think back, with longing, to the days when cell phones never existed.

How did we ever do it? We did. It allowed us to slow down and relax  (I'll have to wait until I get home to listen to the news); imagine and reflect (I wonder how that bird built that nest? Until I can look it up, I'm going to try to figure it out).

Free of our phones, we could fully immerse ourselves in what we were doing without becoming distracted; experience the anticipation of calling our friend and having them pick up the phone, then settling in for a long catch-up conversation; end the day peacefully without feeling like we had barely begun. There was a happy sense of detachment and mystery, with time to get into our own head and ponder the possibilities; time to consider, question and analyze the endless options.

Don't get me wrong—I do enjoy my phone and all the things it can do. I just wish I could enjoy it … less.

When I was a teenager, my father used to chide me and tell me I was addicted to my phone. "It's glued to your ear," he'd say, "and besides, didn't you just spend the whole day with that friend?"

These days that addiction, while typical, is no longer cute or harmless.

Evolution has grown us another appendage that is demanding of our time and attention—but even extra appendages deserve a rest.

Psst … Here's how I managed to put down my cell phone for a few weeks.