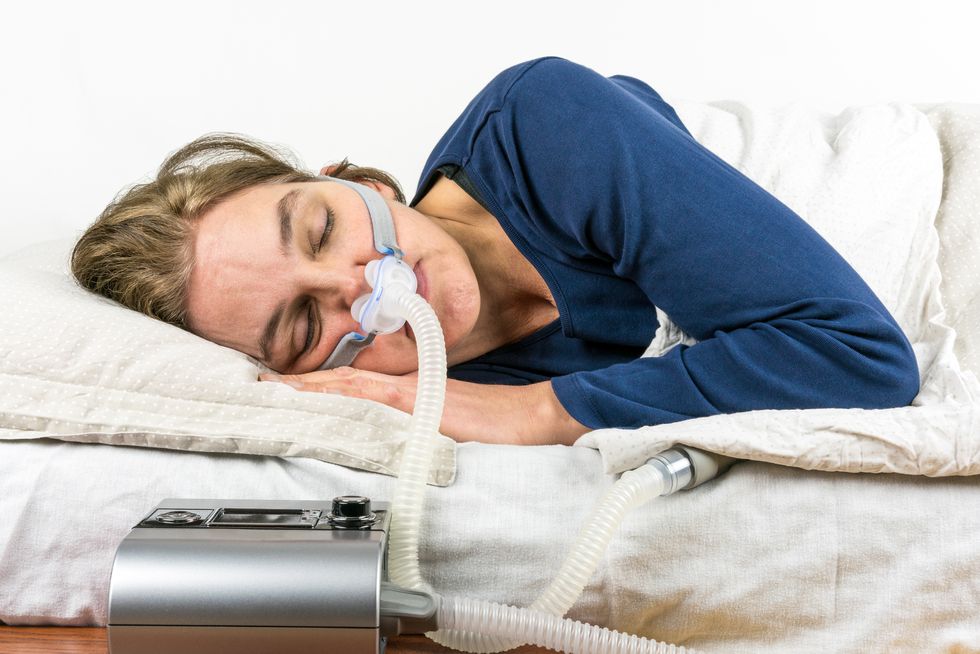 Sleep Apnea May Be Linked With Alzheimer's Marker

Millions of Americans are left drowsy each day by sleep apnea, and new research suggests it might also raise their odds for Alzheimer's disease.

SUNDAY, March 3, 2019 (HealthDay News) -- Millions of Americans are left drowsy each day by sleep apnea, and new research suggests it might also raise their odds for Alzheimer's disease.

READ: Could You Have Obstructive Sleep Apnea

It isn't clear, however, if sleep apnea causes the buildup of "tau" protein tangles in the brain that are a marker for Alzheimer's, or if the increased tau helps cause the apnea, the researchers said.

"Since tau accumulation is a hallmark of Alzheimer's disease, an increase in tau raises concern that sleep apnea could make [people] with sleep apnea more vulnerable to Alzheimer's," said lead researcher Dr. Diego Carvalho, a neurologist at the Mayo Clinic in Rochester, Minn.

The new study -- to be presented at an upcoming meeting of the American Academy of Neurology (AAN) -- is consistent with previous work suggesting that sleep apnea increases the risk for dementia, he said.

Obstructive sleep apnea is a chronic condition that can cause breathing to stop frequently during sleep. Tau, a protein that forms tangles in the brain, is found in people with Alzheimer's.

For the study, Carvalho's team looked at 288 people, aged 65 and older, without thinking and memory problems. Each study participant had brain scans to look for tau tangles in the part of the brain involved in memory and perception of time. This area, part of the temporal lobe, is more likely than other brain areas to accumulate tangles.

In addition, the researchers asked participants' bed partners if they ever had seen them experiencing sleep apnea; 43 participants who had such episodes were identified.

Those participants had nearly 5 percent more tau than people without sleep apnea episodes. That finding remained even after Carvalho's team considered other factors linked to tau levels, including age, sex, education, cardiovascular risk factors and other sleep problems.

The study has several limitations, the researchers noted. The number of participants was small. No sleep studies were done to confirm suspected apnea, and it was unclear whether participants were already being treated for it.

"People who have apneas during sleep should seek medical attention to confirm the diagnosis of sleep apnea and treat it, if indicated," Carvalho said.

Rebecca Edelmayer, director of scientific engagement at the Alzheimer's Association, reviewed the study.

"These findings align with a lot of the data we've seen with sleep disturbances increasing the risk for cognitive impairment," she said.

Though the specific connection between dementia and sleep is unclear, Edelmayer said it might be that the brain gets less oxygen during apnea episodes, and that stresses the brain. Sleep disturbances may also alter the brain's circadian rhythms -- the 24-hour body clock that cycles between alertness and sleepiness.

Edelmayer added that the brain solidifies memories during sleep, and interrupting that process might lead to thinking and memory problems.

"What we know now about the importance of sleep is that good sleep is really important for your overall health," she said.

The study findings are scheduled for presentation May 4 at an AAN meeting in Philadelphia. Research presented at meetings is typically considered preliminary until published in a peer-reviewed journal.

The study was supported by the U.S. National Institutes of Health.