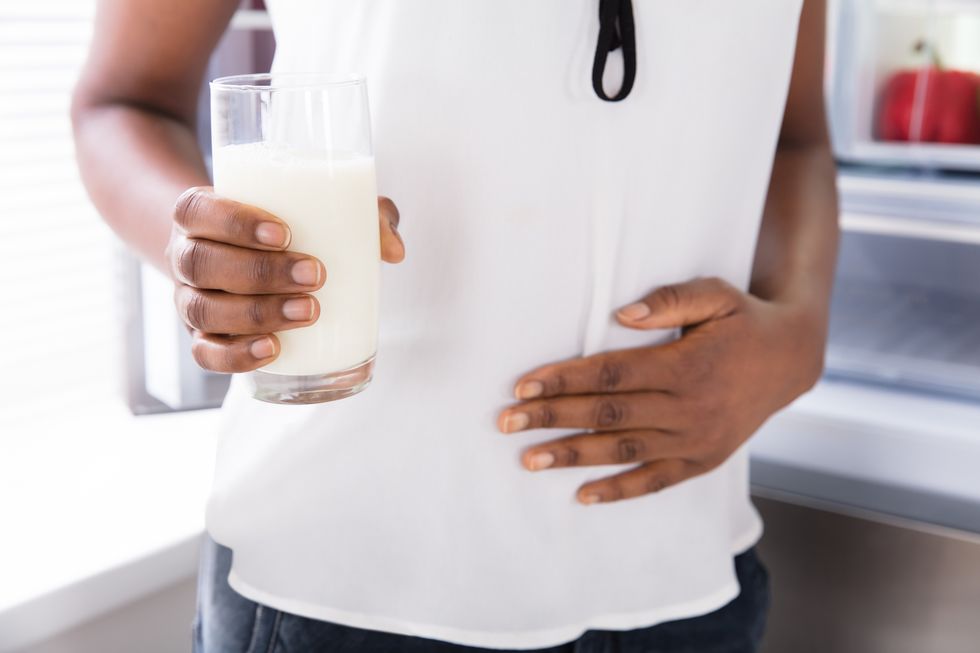 If you feel bloated, headachy or nauseated after eating certain foods or you get a runny nose or feel jittery after drinking certain beverages, you may have a food intolerance.

Perhaps you feel bloated after a trip to the ice cream store. Or you get anxious after having a few sips of coffee. You're likely not allergic to dairy or caffeine. Rather, you may have a food intolerance.

Read more about The Best Way to Diagnose a Food Allergy.

Food intolerances can be tough to diagnose. When you have a food intolerance, symptoms typically happen within a few hours of eating the food. However, symptoms may be delayed, making it hard to pinpoint the offending food. You may even be able to eat small amounts of the foods you can't tolerate. And if you frequently eat foods you're intolerant to, it can be hard to link symptoms to a specific food.

Fortunately, food intolerances aren't life threatening like some food allergies. They can be problematic though.

Symptoms
Symptoms vary for food intolerances. Often, they involve the skin, respiratory and digestive systems and may include:

Food intolerances
Some common examples of foods that have been reported to cause symptoms of intolerance include:


Diagnosis
To figure out what's going on, create a food diary or log. Write down everything you eat and when symptoms happen. Check ingredients on any packaged foods you consume to help you figure out which ingredient may be causing your reaction. When you're eating out, ask what oil food is cooked in.

Then, you may want to try an elimination diet. Here, you stop eating foods most commonly associated with intolerances or foods that you think may be causing problems. Don't eat these foods for about two weeks to allow your body to reset itself. To maximize your results, don't drink alcohol or smoke to give you a clear reading on what's affecting your stomach.

After two weeks, reintroduce the eliminated foods into your diet, one at a time. If your symptoms don't return after two or three days, add the next food back in. If you have a reaction to a food, take it out. Wait a few days and add another food back in. This process helps identify what's causing symptoms.

When you're eliminating and reintroducing foods, write down what you ate, how much and where you bought it. Record how you feel after you eat; maybe you have more or less energy than before.

Even if you're sensitive to a food, you don't have to say goodbye to it forever. You may just need to wait a few months. Then, eat it less regularly or eat smaller amounts once you start eating it again.

You may also need to switch things up. Instead of cutting out all gluten, for example, try a grain other than wheat. That may make a difference.

Be careful when removing entire food groups because you can affect your nutrition. For example, don't get rid of dairy completely if you think you're lactose intolerant. You want to be sure you eat foods to compensate for the calcium and vitamin D you're missing.

Your health care professional or a registered dietitian can help figure out if you have a food allergy or intolerance.