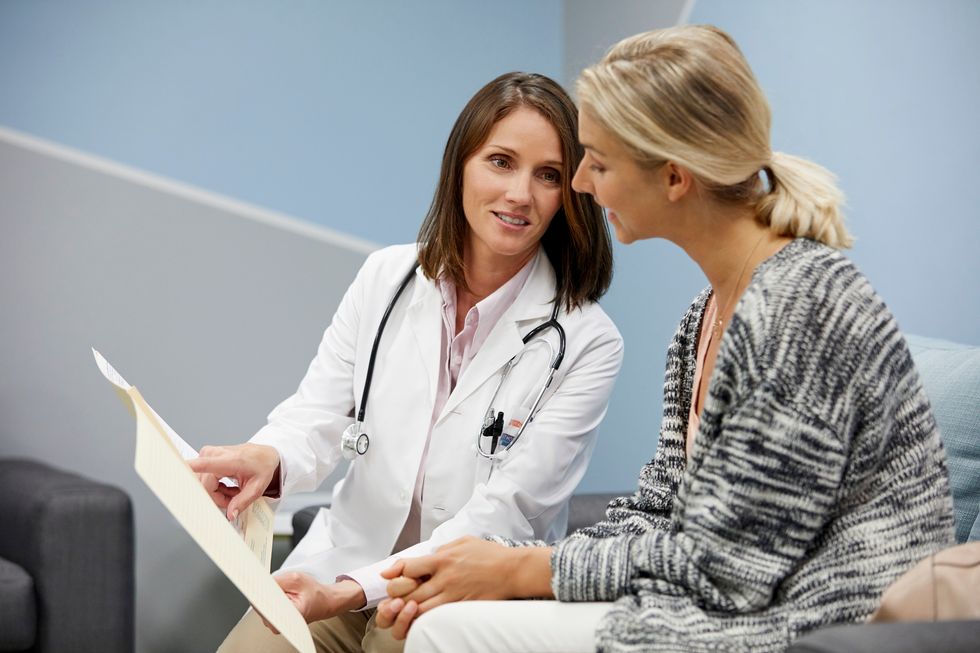 Sex and Your Hysterectomy: The Options

Sex and Your Hysterectomy: The Options

There are several types of hysterectomy and several surgical options for performing a hysterectomy. It's important to talk with your doctor about all the options before your surgery.

As I mentioned in the last post on this topic, even after you've decided to have a hysterectomy, a few critical questions remain. Time for a sit-down with your surgeon to hash them out.

First: How will he or she perform the procedure. There are three basic surgical options. The type of procedure your doctor chooses will affect the speed of your recovery, how long you'll be in the hospital and how much pain you'll experience.

You should discuss what procedure your surgeon recommends and why. The quality and speed of your recovery rests in his or her hands.

The second topic to thoroughly discuss with your doctor is what, exactly, he or she is taking out. Here are the three umbrella categories of hysterectomy.

Hysterectomy is the removal of your uterus and your cervix, which is the organ at the top of the vagina. A lot of discussion and very few facts surround the pros and cons of leaving the cervix intact. Unless there's a problem with the cervix itself, there's no biological need to take it out—or to leave it in. The preponderance of evidence suggests that the cervix has little to do with sex, and removing it doesn't seem to change sensation or affect orgasm.

Removing the cervix, however, can change the vagina: It can become shorter, although rarely enough to compromise sex; some nerves might also be affected, which could make the top of your vagina more sensitive, and not in a good way. But the vagina, as we know, is a very stretchy and forgiving organ, so with the use of dilators (and gentle, consistent sex) the situation can be remedied.

Often, the cervix is removed prophylactically, to avoid a small but real cancer risk. Without a cervix, there's no longer a risk, ergo, no more pap tests. That's one point in its favor. Learn more about the Warning Signs of Cervical Cancer You Shouldn't Ignore.

In the supracervical hysterectomy procedure, only the uterus is removed, leaving the cervix, fallopian tubes, and ovaries intact. In this case, you probably won't experience much difference in your sexual activity unless you were accustomed to deep-muscle uterine contractions with orgasm. No uterus; no more muscular contractions. You might notice other changes, however, that we'll discuss in the next post in this series.

Hysterectomy with bilateral or unilateral salpingo-oopherectomy

Hysterectomy with bilateral or unilateral salpingo-oopherectomy is unpronounceable to most of us. This is the removal of one or both ovaries and the fallopian tubes along with the uterus. Unless you're well into menopause, this procedure can put a woman in a hormonal tailspin.

The ovaries are the seat of much of testosterone production (it's also produced by adrenals) and estrogen production—all the good stuff that keeps the sexual apparatus and our moods humming nicely along. Removing them while they're still functioning puts a woman into immediate and sometimes intense menopause. It's called surgically induced menopause. For that reason, ovaries are left intact, if possible, especially in younger women.

The decision can be complicated, however. The ovaries themselves can be diseased. Also, some women carry a genetic trait called the BRCA mutation. They are at a much higher risk for breast and ovarian cancer. While breast cancers are often identified at early stages, no screening or early stage detection exists for ovarian cancer. It's usually discovered later, when it's very hard to treat. For women without that genetic trait, the risk of ovarian cancer is low, but not zero.

When menopause is surgically induced, your sex life (among other things) is likely to be seriously impacted just as it is in menopause. You should prepare for low libido, a possible decrease in arousal, dry vagina—all the issues we cover so repeatedly here.

A lot of issues and options are involved with the decision to have a hysterectomy (beginning with the question of having one at all). Believe me, you want to understand the process, your options and the possible outcomes. When it comes to this part of your body and your being, you want to know what's going to happen and minimize the surprise factor.