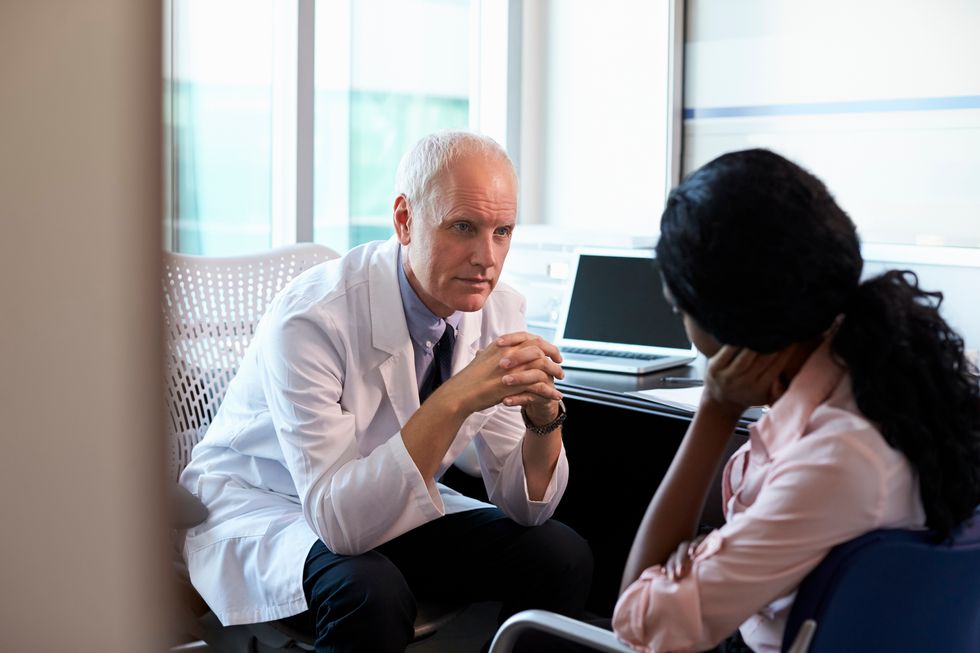 Sex and Your Hysterectomy: A Primer

Sex and Your Hysterectomy: A Primer

A hysterectomy affects your sex life, along with other parts of your life, so it's important to understand all the options before having a hysterectomy.

I'm just gonna say it: The best time to get information about sex after a hysterectomy is before the hysterectomy ever happens.

When a patient come to me with sexual issues after having had a hysterectomy, and she is unclear about what kind of hysterectomy she actually received—what organs were removed or whether she had a laparoscopic or a vaginal procedure, for example—this indicates to me that she may not have sought or received the information she needed to make an informed decision.

Whether to have a hysterectomy is a loaded topic these days, so let's just dive in and get the facts out of the way, shall we?

Hysterectomy is the second most common surgical procedure performed on women, after caesarian section. Almost 12 percent of women between 40 and 44 have had one. That number rises to 30 percent by the time you're 60. About 600,000 procedures are performed every year in the U.S.—the highest rate in the world, although other developed countries also do a lot of hysterectomies.

Most hysterectomies are performed for such benign but bothersome conditions as fibroid growths, endometriosis, heavy bleeding and vaginal prolapse. Only about 10 percent are done for truly life-threatening conditions such as cancer or a uterine rupture during childbirth.

It's almost like having a hysterectomy has become a normalized part of growing older as a woman. You get your hair colored, and you have a hysterectomy. That's just how it goes.

Recently, however, women's health organizations and other health professionals—as well as women themselves—have been questioning that inevitability and pushing for less radical treatments for benign conditions. These include less invasive treatments, such as having a progestin IUD placed or endometrial ablation for heavy bleeding or uterine artery embolectomy treatments for fibroids. Still, hysterectomy remains the most common go-to for a host of "female troubles."

Like any surgical procedure, a hysterectomy involves weighing risks and benefits. These are dependent on factors such as age, childbirth history, the size and shape of the uterus, among other considerations.

For example, it might be better for a younger woman with a benign and treatable condition to first try alternatives to the permanent removal of her uterus because her reproductive organs are still fertile and hormone-producing. Even a woman in perimenopause is still producing hormones with all their good protective benefits to vaginal tissue, heart and bone.

On the other hand, a postmenopausal woman with an unpleasant uterine prolapse might be a very good candidate for hysterectomy. This patient's hormone production has virtually ended and other treatment options aren't permanent or also involve a surgical procedure.

Sometimes, however, when a woman's quality of life is so compromised, when she's in enough pain or is bleeding erratically or profusely, she may be willing to do anything to make it stop. A hysterectomy will make it stop and will often improve both sex and quality of life.

But a frank patient/doctor discussion is still critical—so she understands her options and, insofar as possible, what the outcome will be.

So, there are options for treatments of benign conditions such as fibroids or endometriosis. Hysterectomy is invasive and permanent, so it makes sense to explore other options first. But if a hysterectomy seems to be the best approach, you then need to know about the different types of hysterectomy and their outcomes.

This is important, because how quickly you recover and the effect on your sex life has everything to do with the type of surgery you have and what organs are removed.