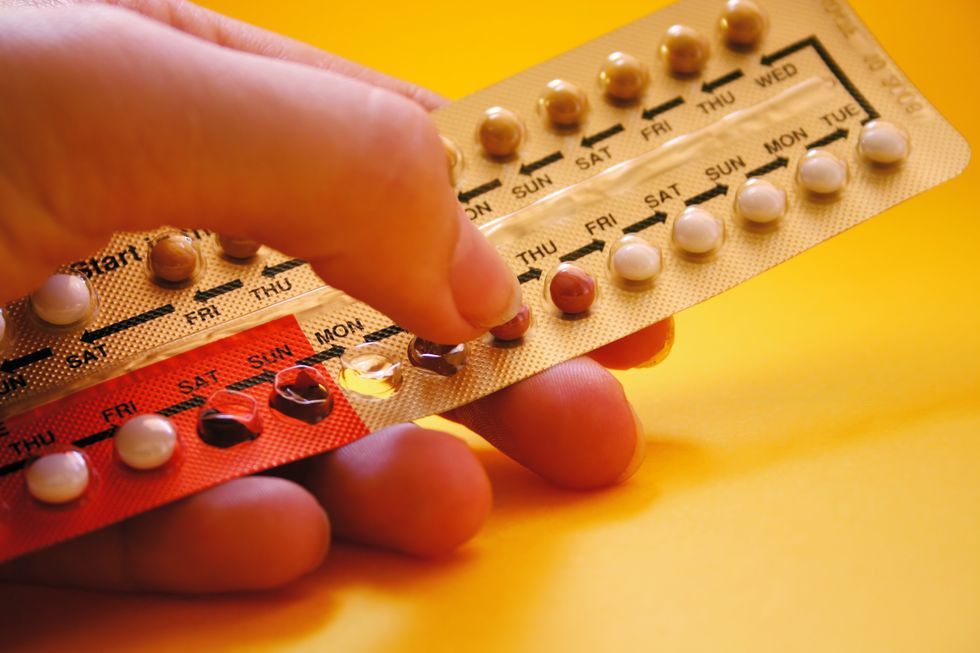 Rolling Back Coverage for Birth Control Harms Women and Society

Let's be clear: all of us will pay the price for rolling back birth control coverage.

October 6, 2017 is a day that will live in infamy for the estimated 55 million American women of childbearing age who now have no-cost coverage for birth control.

Without having to go to Congress, the Trump Administration issued new rules – effective right away – allowing employers to claim a religious or moral objection to offering insurance coverage for contraception. This means that one of the 26 preventive health services now available to women under the Affordable Care Act (ACA) is threatened, even though the ACA is still the law of the land.

The Trump administration says it is "upholding the freedoms afforded to all Americans under the Constitution," and the rule will have a minimal impact on women. Yet, by putting birth control out of reach for many women, the burden on families and society will be anything but minimal.

Currently, the ACA requires insurance plans to cover contraceptive methods and sterilization procedures approved by the Food and Drug Administration (FDA) with no copay or deductible. As a result, women saved $1.4 billion in 2013 alone in costs for birth control, and this coverage contributed to families spending less for prescription medicines. As documented in a 2016 report from the Kaiser Family Foundation, since 2012 oral contraceptives have accounted for 63 percent in the drop of average out-of-pocket expenditures on retail drugs.

Sadly, the Trump Administration's rules will reverse these gains. Specifically, women who are denied coverage for birth control – even if they have coverage for the rest of their health care – will have to pay the full cost for their oral contraceptives and IUDs and, possibly, for the visit to the health care provider who prescribes these methods. This could translate into between $20 and $50 per month for birth control pills and between $1,000 and $5,000 for an IUD, which also requires a doctor to place it in the uterus.

Using history as a guide, before 2012 when contraception became a covered preventive benefit under the ACA, one in three women had difficulties paying for their birth control, including 55 percent ages 18 to 34. The consequence was these women used birth control inconsistently and 2.8 million of the 6.1 million pregnancies in 2011 were unintended. Even now, 33 percent of women voters polled in a recent survey said they couldn't afford to pay more than $10 for prescription birth control, underscoring the importance of no-cost coverage.

Thus, it is not a surprise that the American College of Obstetricians and Gynecologists (ACOG) strongly opposes the new Administration policy and worries that it could reverse the recent progress in lowering the nation's rate of unintended pregnancies. Studies estimate that about 43 million women of childbearing age (ages 14-44 years) in the U.S. are at risk of becoming pregnant if they don't practice birth control and those most likely to have unplanned and closely spaced pregnancies have the lowest incomes. In fact, in 2011, poor women had an unplanned birth rate nearly seven times that of higher-income women and it is likely the cost of birth control was a contributing factor.

But, let's be clear: all of us will pay the price for rolling back birth control coverage. Already, American taxpayers are on the hook for $21 billion annually to finance medical care for unintended pregnancies and births. This averages out to $366 for every woman of childbearing age. At the federal level, Medicaid and other public health insurance programs pay for 68 percent of the unintended births in the U.S. at an average cost of $20,716. Moreover, the problem is costly to the states. In 2010 alone, the price tag to states was $6.4 billion and in 19 states, public expenditures exceeded $400 million.

Because the stakes are high, advocates for women's health are taking action. The American Civil Liberties Union (ACLU) and the National Women's Law Center announced plans to sue the Trump administration because the new rules will allow employers to discriminate against women. A number of state Attorney's General are also considering legal action, and women's health organizations are mobilizing.

Ultimately, however, it will be up to individual Americas to speak out in support of guaranteed no-cost coverage for birth control and 25 other preventive services for women now available under the ACA. This is why HealthyWomen, a leading women's health organization, recently launched Keep the Care, a national campaign to raise awareness of these services and their importance in improving women's lives. By arming citizens with the facts, women and their champions will have the ammunition to make their voices heard.

Phyllis Greenberger is the Senior Vice President for Science and Health Policy for HealthyWomen and is a leading women's health expert and advocate.

For COVID Tests, the Question of Who Pays Comes Down to Interpretation