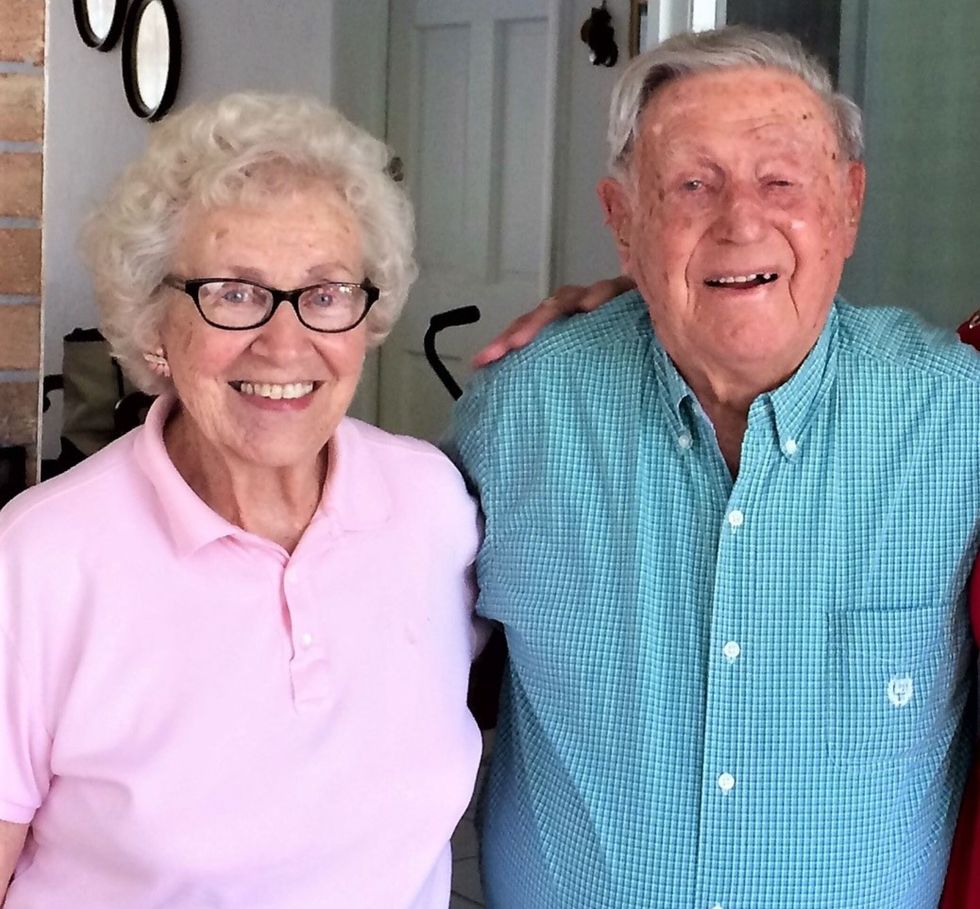 A Role Model for Living Well

Neither age, illness, injury nor loss stops this couple from traveling the world and enjoying life, friends and family to the fullest.

A friend of mine will soon turn 91, and she's a role model for how I hope to grow older. I've known Nina Maddox since I was 8 and have always admired her energy and zest for life, an admiration that only strengthened when I saw her again recently.

Nina and her 94-year-old husband, Skip, live independently in a modest Florida home. After 72 years of marriage, it's clear they love each other in that deep, lasting way that grows with time. Though Skip's hearing and vision are failing, you can see the twinkle in his bright blue eyes when he looks at her. And you can feel the love and devotion when she helps him out of a chair or aids him in dressing.

When I visited, they were looking forward to taking their 54th cruise this summer. Despite some ailments and infirmities, they still enjoy cruising.

If you knew their modest backgrounds, this love of travel and adventure and ongoing expansion of horizons might seem unusual. I won't relate their whole history, but when I knew them, we all lived in a small town in northeastern North Carolina. She worked as a grocery store bookkeeper at a time when not too many women worked, and he worked in the shop of a local auto dealer. They raised three sons and were active in their church.

Nina often used her days off to take a group of young people for a day at the Outer Banks. Our families frequently got together for dinner and sometimes vacationed together. I hold many good memories of camping in New England—walking the rocky shores, fishing, playing cards and sitting around the campfire at night.

Later, as the kids grew up, Skip and Nina took longer trips—Europe, Egypt, China, Russia, Alaska—and all those many, many cruises. In my mind, Nina is the queen of cruises. As a frequent cruise-goer, she can now go on a cruise for almost less money than what many of us spend on a week at home.

But, that's beside the point. Yes, I admire that they're still traveling and having fun in their 90s. But, more than that, I admire Nina's refusal to give up. She has twice beaten serious attacks from cancer. She (and her marriage) survived the loss of one son at age 41. She had a recent car accident and was brave enough to get back behind the wheel. She stays on top of what's happening in the world and isn't shy about engaging in debates. (Her political opinions threatened to temporarily derail her weekly bridge games, but she couldn't just be quiet and not express her beliefs.)

Her most recent challenge came not long after my visit with them. Nina was taking out the trash and was thrown off-balance on the steps. She fell and fractured two vertebrae in her neck and tore some ligaments. She managed to crawl back inside and phone for help.

At the hospital, doctors offered her several options—some surgical and some not (presumably because of her age). She opted to go through surgery and was back home just a few days after the fall, wearing a neck brace and cheering on the UNC basketball team in the NCAA finals. (I'm pretty sure she told the doctors she had to be home for that!)

Of course, her first concern was who would help care for her husband while she was wearing the brace and had limited mobility. Her sons, daughter-in-law and granddaughter pitched in, and they got through it. Six weeks later the brace came off and the doctor cleared her for resuming most normal activity. She is back on the go—and trying to reschedule the cruise they had to cancel.