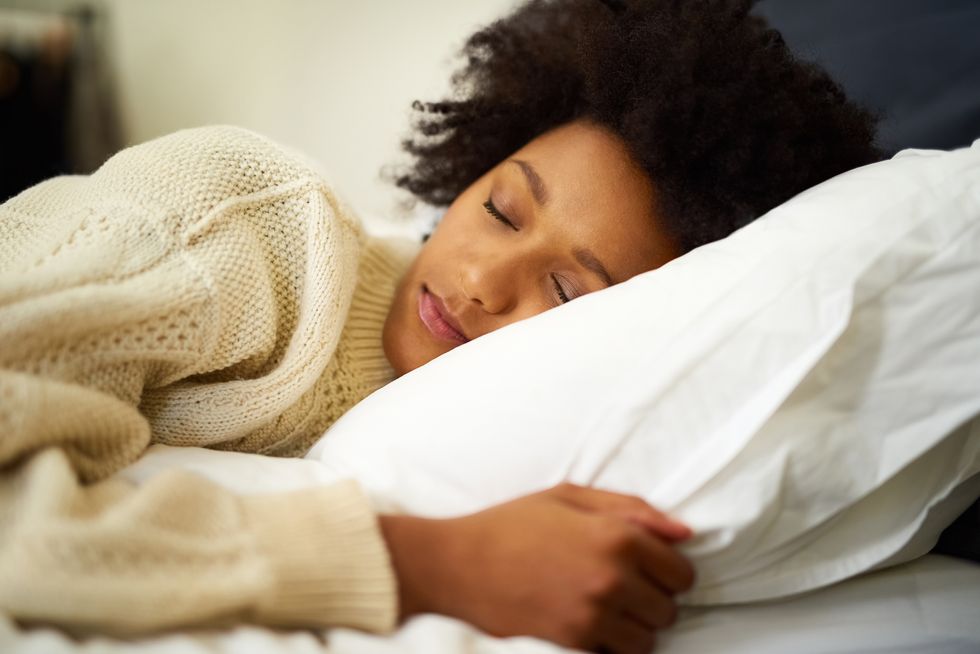 Reasons You Should Take a Nap

If your energy is lagging, your mental acuity meandering and your mood darkening, take a nap. Learn the ideal nap time and more nap tips.

Think for a moment about that baby—the one who is frantically rubbing her eyes, fussing and kicking, perhaps even shrieking at an ear-piercing decibel level. Chances are she's tired and needs a nap. It's a well-established and obvious fact that babies need naps. And usually, they'll let you know when it's time.

But adults—although most won't display similar antics—may need naps, too.

Your signs will be different from a baby's indicators: You'll feel your energy lagging, your mental acuity meandering and your mood darkening. That is the signal that it's take to take a time-out—and take a nap.

Napping might not take the place of a good night's sleep, but it sure goes a long way toward eliminating a sour mood, foggy mind and heavy eyelids. Why else would napping be so common in so many parts of the world, like Spain (the siesta), Italy (the riposo) and China, where a nap is considered a constitutional right? Big companies, like Google, are embracing the productivity-promoting value of naps, promoting space and time for catching a midday snooze.

Before we discuss the how-tos, let's touch on the whys. The majority of mammals sleep in shifts. Known as polyphasic sleeping, it means they sleep in short periods of time spread throughout the day. Although we're also mammals, we rarely, if ever, follow the sleep patterns that more than 85 percent of our animal class does. Instead, our days are clearly divided into two distinct sections: one for sleep and the other for wakefulness.

But perhaps the other mammals are onto something. Napping has a bevy of benefits. Consider it if you want to increase your alertness, recharge your brain, improve your mood, zap stress and expand your productivity. Just 20 minutes of napping can make you feel as if you've taken a mini-vacation, carrying you through the rest of your day feeling pampered and restored.

That said, there are right and wrong ways to nap.

Experts agree that the sweet spot for a nap is about 20 minutes. Known as a "stage two nap," it's long enough to perk up your mood, along with your motor skills and your attention, but short enough to keep you in the lightest stage of sleep and out of REM sleep, a deeper stage when your brain waves slow down. Sleep longer than 20 minutes and you risk waking groggy or having trouble waking (called sleep inertia).

But what if you want to sleep longer than 20 minutes? Go for about 90—that's the amount of time your body needs to cycle through one complete sleep cycle, going from lightest to deepest and back again. Rather than waking in the middle of a sleep cycle, you'll wake at the end of one and feel refreshed; your memory and creativity is bound to benefit, as well.

Some people need to be in their own home and in their own bed to nap. Others can manage to snooze just about anywhere. Some need a nap in the morning, but for most, the optimal time is between 2 and 3 p.m., when that after-lunch drowsiness sets in, your mind slows down and you find it tough to concentrate. (Of course, this can be different for people who work a night shift or whose need for sleep or whose sleeping schedule is different and variable.)

No matter where you choose to catch some midday z's, it's important to choose a relatively dark and quiet place with a comfortable temperature (experts advise anywhere between 60 and 67 degrees Fahrenheit for optimal sleep).

And here's another trick you might not know about: If you want to wake up super-alert, try a caffeine nap. Since caffeine takes about 20 to 30 minutes to be fully absorbed and reach its peak level, by drinking a cup of coffee immediately before you close your eyes you wake up feeling perky and reap the benefits of that subtle but helpful jolt to wake up your brain. Don't drink coffee? Try green or chai tea, which can give you similar paybacks. Just don't attempt this too late in the day because caffeine remains in your system for about four to five hours.

Read more about Why Drink Tea?

So, go ahead and baby yourself. Take some time out for a nap. It can make you feel as if you've been away and feel as restorative as a full night's sleep.

Why Are You Tossing and Turning at Night?

Deep Sleep May Play a Role in Preventing Alzheimer’s Disease

Awake in the Middle of the Night? Try These 6 Things