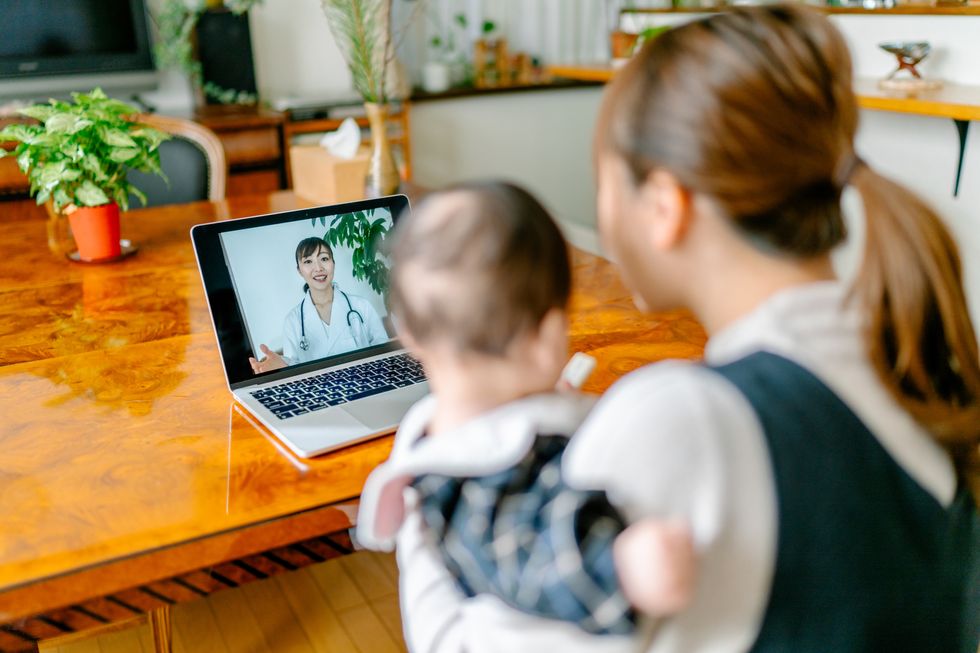 The COVID-19 pandemic has forced sudden major changes to the nation’s health care system that are unlikely to be reversed.

The U.S. health care system is famously resistant to government-imposed change. It took decades to create Medicare and Medicaid, mostly due to opposition from the medical-industrial complex. Then it was nearly another half-century before the passage of the Affordable Care Act.

But the COVID-19 pandemic has done what no president or social movement or venture capitalist could have dreamed of: It forced sudden major changes to the nation's health care system that are unlikely to be reversed.

"Health care is never going back to the way it was before," said Gail Wilensky, a health economist who ran the Medicare and Medicaid programs for President George H.W. Bush in the early 1990s.

Wilensky is far from the only longtime observer of the American health care system to marvel at the speed of some long-sought changes. But experts warn that the breakthroughs may not all make the health system work better, or make it less expensive.

That said, here are three trends that seem likely to continue.

Telehealth is not new; medical professionals have used it to reach patients in rural or remote settings since the late 1980s.

But even while technology has made video visits easier, it has failed to reach critical mass, largely because of political fights. Licensing has been one main obstacle – determining how a doctor in one state can legally treat a patient in a state where the doctor is not licensed.

The other obstacle, not surprisingly, is payment. Should a video visit be reimbursed at the same rate as an in-person visit? Will making it easier for doctors and other medical professionals to use telehealth encourage unnecessary care, thus driving up the nation's $3.6 trillion health tab even more? Or could it replace care once provided free by phone?

Still, the pandemic has pushed aside those sticking points. Almost overnight, by necessity, every health care provider who can is delivering telemedicine. A new survey from Gallup found the number of patients reporting "virtual" medical visits more than doubled, from 12% to 27%, from late March to mid-May. That is due, at least in part, to Medicare having made it easier for doctors to bill for virtual visits.

It's easy to see why many patients like video visits ― there's no parking to find and pay for, and it takes far less time out of a workday than going to an office.

Doctors and other practitioners seem more ambivalent. On one hand, it can be harder to examine a patient over video and some services just can't be done via a digital connection. On the other hand, they can see more patients in the same amount of time and may need less support staff and possibly smaller offices if more visits are conducted virtually.

Of course, telemedicine doesn't work for everyone. Many areas and patients don't have reliable or robust broadband connections that make video visits work. And some patients, particularly the oldest seniors, lack the technological skills needed to connect.

Another trend that has suddenly accelerated is worry over the nation's dwindling supply of primary care doctors. The exodus of practitioners performing primary care has been a concern over the past several years, as baby boomer doctors retire and others have grown weary of more and more bureaucracy from government and private payers. Having faced a difficult financial crisis during the pandemic, more family physicians may move into retirement or seek other professional options.

"I've been trying to raise the alarm about the kind of perilous future of primary care," said Farzad Mostashari, a top Health and Human Services Department official in the Obama administration. Mostashari runs Aledade, a company that helps primary care doctors make the transition from fee-for-service medicine to new payment models.

The American Academy of Family Physicians reports that 70% of primary care physicians are reporting declines in patient volume of 50% or more since March, and 40% have laid off or furloughed staff. The AAFP has joined other primary care and insurance groups in asking HHS for an infusion of cash.

"This is absolutely essential to effectively treat patients today and to maintain their ongoing operations until we overcome this public health emergency," the groups wrote.

One easy way to help keep primary care doctors afloat would be to pay them not according to what they do, but in a lump sum to keep patients healthy. This move from fee-for-service to what's known as capitation or value-based care has unfolded gradually and was championed in the Affordable Care Act.

But some experts argue it needs to happen more quickly and they predict that the coronavirus pandemic could finally mark the beginning of the end for doctors who still charge for each service individually. Mostashari, who spends his time helping doctors make the transition, said in times like these, it would make more sense for primary care doctors to have "a steady monthly revenue stream, and [the doctor] can decide the best way to deliver that care. Unlimited texts, phone calls, video calls. The goal is to give you satisfactory outcomes and a great patient experience."

Still, many physicians, particularly those in solo or small practices, worry about the potential financial risk ― particularly the possibility of getting paid less if they don't meet certain benchmarks that the doctors may not be able to directly control.

But with many practices now ground to a halt, or just starting to reopen, those physicians who get paid per patient rather than per service are in a much better position to stay afloat. That model may be gain traction as doctors ponder the next pandemic, or the next wave of this one.

Hospitals On The Decline?

The pandemic also might lead to less emphasis on hospital-based care. While hospitals in many parts of the country have obviously been full of very sick COVID patients, they have closed down other nonemergency services to preserve supplies and resources to fight the pandemic. People with other ailments have stayed away in droves even when services were available, for fear of catching something worse than what they already have.

Many experts predict that care won't just snap back when the current emergency wanes. Dr. Mark Smith, former president of the California Health Care Foundation, said among consumers, a switch has been flipped. "Overnight it seems we've gone from high-touch to no-touch."

Which is not great for hospitals that have spent millions trying to attract patients to their labor-and-delivery units, orthopedic centers and other parts of the facility that once generated lots of income.

Even more concerning is that hospitals' ability to weather the current financial shock varies widely. Those most in danger of closing are in rural and underserved areas, where patients could wind up with even less access to care that is scarce already.

All of which underscores the point that not all these changes will necessarily be good for the health system or society. Financial pressures could end up driving more consolidation, which could push up prices as large groups of hospitals and doctors gain more bargaining clout.

But the changes are definitely happening at a pace few have ever seen. Said Wilensky, "When you're forced to find different ways of doing things and you find out they are easier and more efficient, it's going to be hard to go back to the old way."